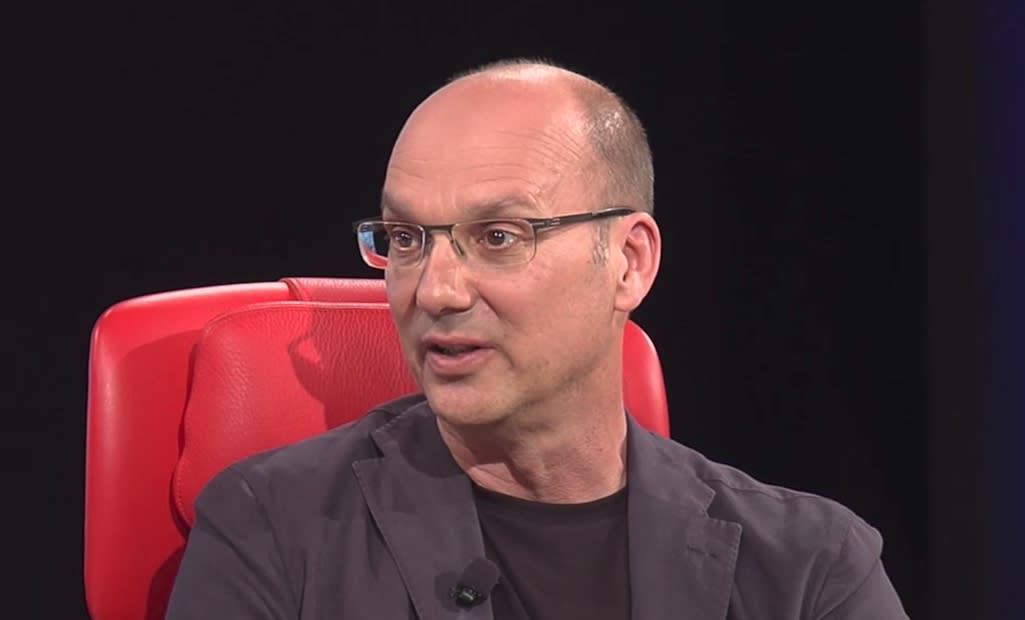 Now that Andy Rubin's technology startup Essential has emerged from stealth, there's a healthy amount of interest around what the company plans to do to stand out. We've already had our first look at the Essential Phone and smart Home assistant, but a recent patent filing also hints that the Android co-founder and his team could launch smart glasses that look a lot like Snapchat's Spectacles.

The filing, surfaced by Patently Apple, shows what looks like a perfectly normal pair of glasses. However, Essential appears to be toying with the idea of incorporating a dual-mode display and camera module, which may allow the user to take photos and record video, but also track the movement of their eye. This could give rise to technologies like augmented reality. The company notes: "Based on the environment that the user sees, and based on the direction of the user's gaze, the processor can display an image to augment the environment around the user. For example, if the user is looking at a barcode of an item, the processor can display cheaper purchasing options of the same item."

Technology companies often protect their ideas with patents, meaning that a third product could be a long way from release. Especially given that the Phone is the only product currently available to order (the Home assistant has only been previewed on the company's website up to now) and that Snapchat, which is the only provider of smart glasses getting any buzz, hasn't exactly gone big with its take on smart eyewear (units are limited to connected kiosks in a small number of towns and cities).

Virtual reality has grown in popularity, however, and augmented reality looks set to build on the platform. It should come as no surprise that a company staffed by former Google and Apple employees is keeping on top of the space, even if they don't have immediate plans to launch anything.

In this article: applenews, AR, augmentedreality, essential, gear, googleglass, patent, snapchat, spectacles, wearables
All products recommended by Engadget are selected by our editorial team, independent of our parent company. Some of our stories include affiliate links. If you buy something through one of these links, we may earn an affiliate commission.