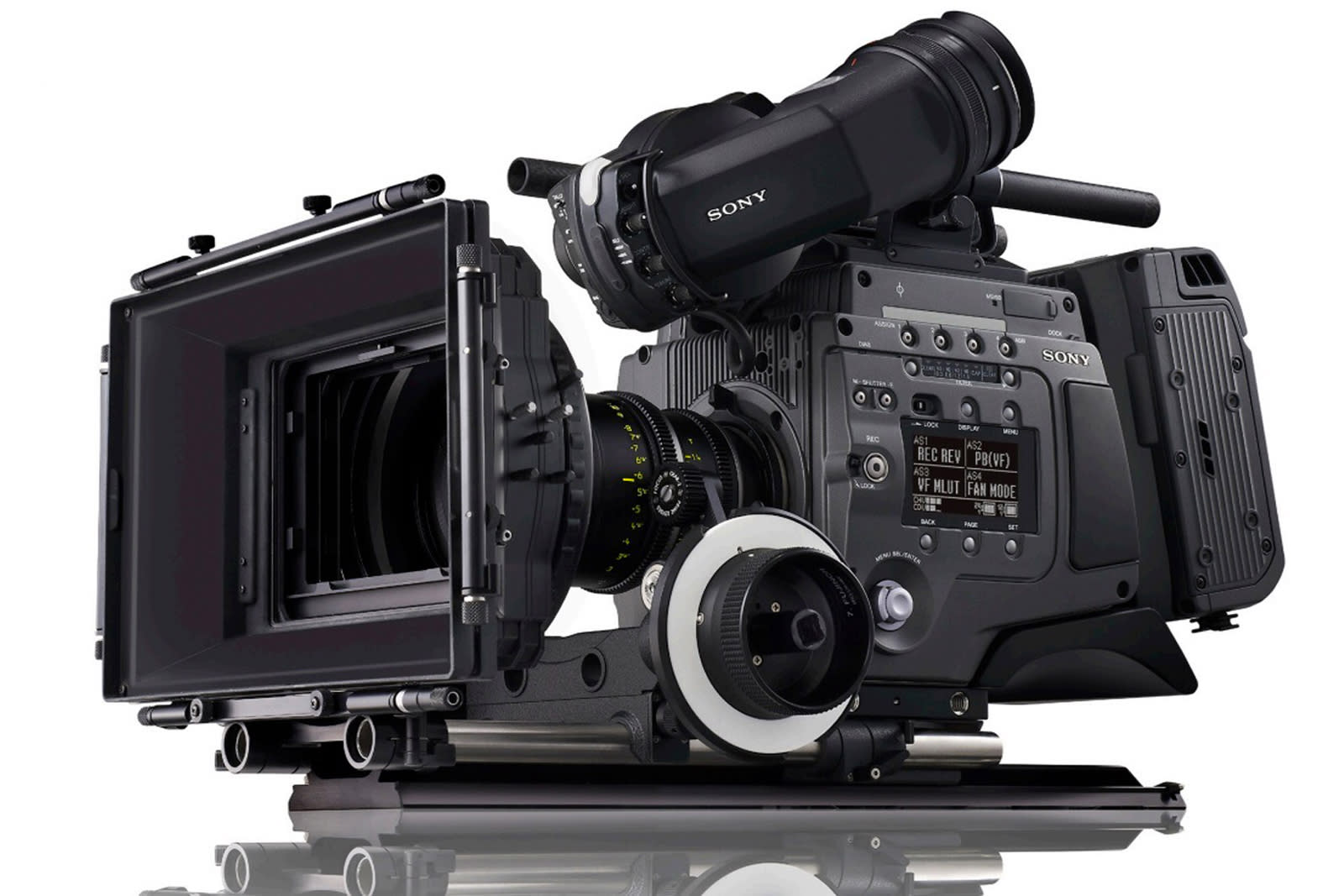 If you've ever shot video with a full-frame DSLR, you know how alluring it can be -- that large sensor can be perfect for low-light shots and soft backgrounds. However, pro cinematographers have generally had to "settle" for Super 35mm and smaller sizes, even when using top-tier 8K cameras. Sony doesn't think pros should have to compromise, though. It's developing a brand new CineAlta camera (not pictured) with a 36mm x 24mm sensor -- its first full-frame sensor for a high-end movie camera, in fact. The company isn't divulging all the cam's capabilities just yet, but it is setting some expectations beyond the "exceptional" image quality.

To begin with, the as yet unnamed CineAlta is "aspect ratio-agnostic." You can shoot 4K RAW footage in 4:3, 17:9 or other relatively uncommon video ratios. Sony is also promising that you won't have to ditch your existing workflow you're already used to its movie-grade formatting, and it'll work with both existing and upcoming CineAlta accessories. In short: filmmakers won't have to disrupt their production methods just to go full frame, at least not if they're Sony fans.

The camera arrives in early 2018, and it's likely to be expensive compared to other high-end cameras (Sony's own F65 sold for $65,000 when new in 2011). We wouldn't be surprised if some studios are willing to pay that premium, mind you. It could prove indispensable for nighttime scenes and close-ups. Also, the image quality may be a boon for online video services that want to produce as much 4K HDR content as they can -- it may be easier to nab subscribers with eye-popping visuals.

In this article: 4k, applenews, cameras, cinealta, fullframe, gear, movies, sony, videocamera
All products recommended by Engadget are selected by our editorial team, independent of our parent company. Some of our stories include affiliate links. If you buy something through one of these links, we may earn an affiliate commission.