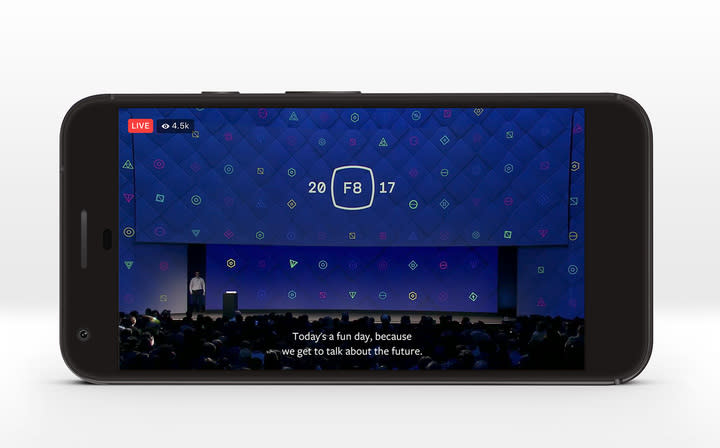 Facebook announced today that it's extending video closed captioning to Live broadcasts. The move is part of the company's attempt to make Facebook more accessible to those with disabilities.

Closed caption settings have already been available for non-live videos and, last year Facebook rolled out an automated captioning tool to make adding transcripts even easier. That tool came under fire recently during Mark Zuckerberg's Harvard commencement speech wherein it appeared to caption pure gibberish throughout his talk. However, as The Verge reported, that mishap turned out to be Harvard's fault, not Facebook's.

Facebook has been pushing to make its site accessible to all users, an effort that includes accessibility training for its team. And last year, following a similar move by Twitter, it launched a tool for the visually impaired that let screen readers -- software that converts text into speech -- describe photos.

According to Facebook, one in five videos posted to the site are now Live broadcasts, meaning a major portion of videos will now be accessible to the hearing impaired for the first time. Closed captioning for Live is available now for those who want to include it.

In this article: accessibility, applenews, ClosedCaptioning, design, Disabilities, facebook, gear, HearingImpaired, internet, services, twitter, VisuallyImpaired
All products recommended by Engadget are selected by our editorial team, independent of our parent company. Some of our stories include affiliate links. If you buy something through one of these links, we may earn an affiliate commission.