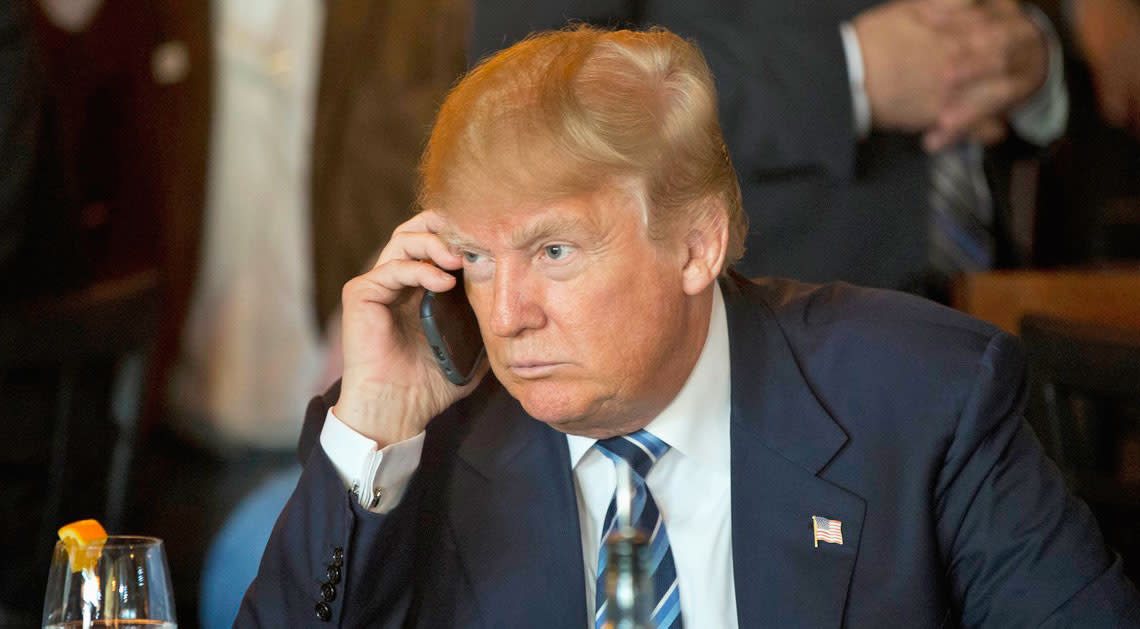 If you spend all of your time on social media, you probably aren't devoting enough time and attention to doing the job you're paid to do. For the current leader of the free world, however, Twitter is a megaphone that he is loathe to surrender. But, according to a poll conducted by Morning Consult and Politico, the presidential Twitter habit is too much even for people on his own side. The document says that 53 percent of Republicans and 51 percent of Trump voters now feel that the official "tweets too much."

It's not the first time that those on that side of the aisle have criticized the Trumpian addiction to 140-character missives. Majority leader Mitch McConnell has said, both publicly and privately, that he is "not a fan of the daily tweets." What's interesting, however, is that those numbers have been steadily increasing: when asked the same question back in December, only 42 percent of Republicans expressed such fatigue.

There is also broader agreement that, in general, the tweeting is proving to be an unnecessary distraction from the business of government. Plus, it's also plunged the president into a potential mess, since lawyers believe that blocking users on the site may be a first amendment violation. Not to mention, you know, the whole covfefe thing.

In this article: applenews, DonaldTrump, gear, internet, politics, Poll, Twitter, WhiteHouse
All products recommended by Engadget are selected by our editorial team, independent of our parent company. Some of our stories include affiliate links. If you buy something through one of these links, we may earn an affiliate commission.