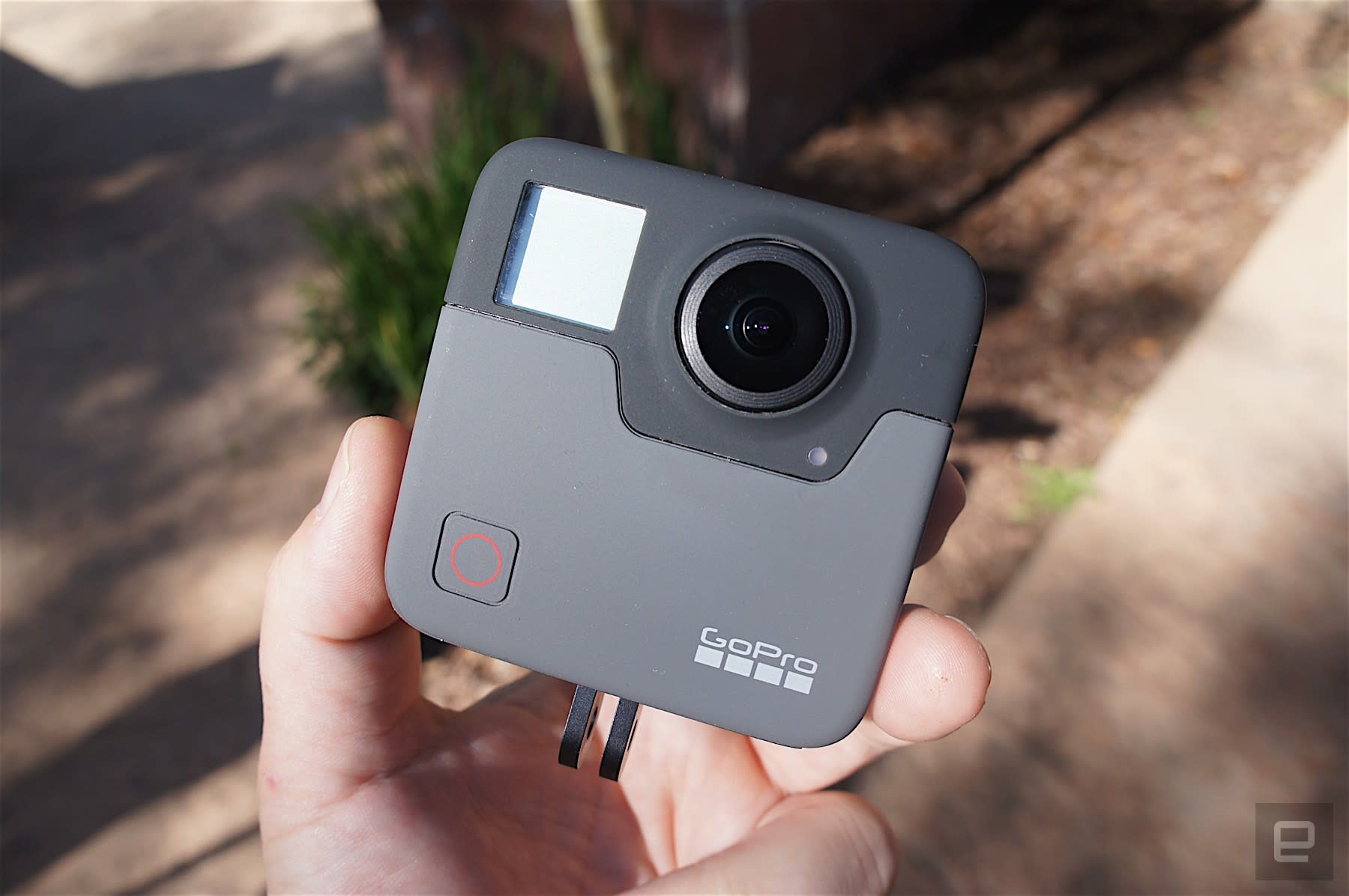 This is the GoPro Fusion: the company's all-in-one VR camera

GoPro surprised everybody when it teased its "Fusion" 360-degree action camera back in April. Mostly because GoPro rarely teases anything (Karma, perhaps being the exception), preferring to show up out of nowhere with a glossy release video and launch event. The half-reveal didn't tell us much, just that there was a camera coming in the fall, it had a resolution of 5.2K, a feature called "OverCapture" that would allow you to "punch out" a regular video from the spherical capture and well, that was kinda it.

Today the company is willing to show a lot more leg, as it were. In fact, GoPro is using the Mountain Games (which it sponsors) as a platform to show it to the world for the first time. We're here, and we're getting the chance to check it out for ourselves to see if it really is the "ultimate GoPro." In the meantime, here's a first look at the actual device itself.

We already knew from the teased image what the Fusion would look like. With its gunmetal gray exterior and grip-friendly textured edges, it's not dissimilar to the Hero5 Black. But there are some key differences. Obviously, the main one being that there are two lenses, one on the front and one on the rear.

Secondly, it's a shade bigger than the current Hero5 Black, it's also fully square, and not oblong like the teaser images implied. The two lenses are set into the body without the typical GoPro square/flat protection cap. This is so that the camera can get an unobstructed view through 180-degrees, and not just straight ahead of it. The units shown here in Vail are pre-production versions, but GoPro assures us this is the final design (bar perhaps some additional Fusion branding etc).

Despite having two "equal" sides, one of them has the classic small LCD display for showing what mode the camera is in. There are of course the usual power and highlight buttons too. We weren't able to get a look at the battery, yet, but hopefully we can get a sense on how much power it packs after some time with it. For now, here's what GoPro's Fusion 360 cam will look like!