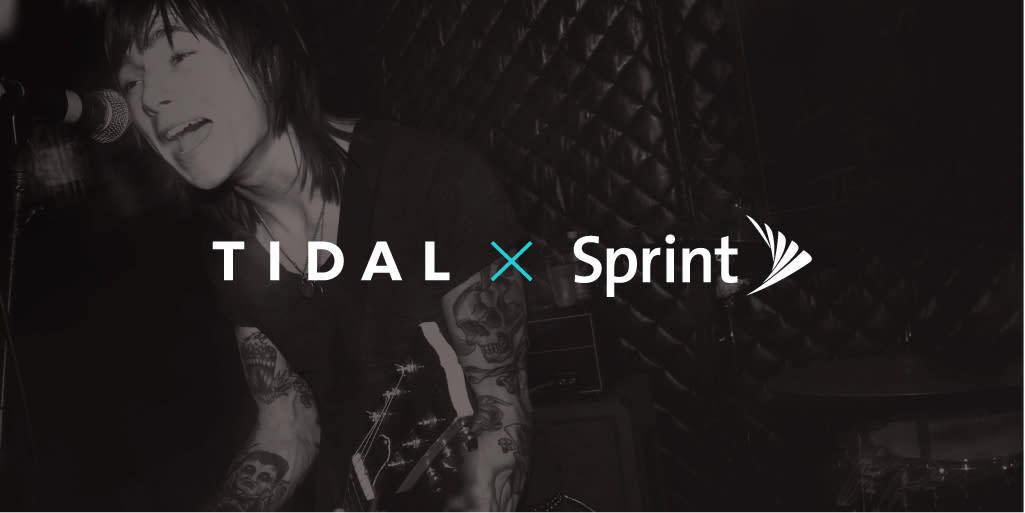 We've been wondering why Sprint bought a third of music streaming service, Tidal. While the respective companies didn't discuss details at the time, the team-up is starting to make a bit more sense. Sprint is currently offering all of its customers six months of Tidal's HiFi top of the line streaming tier for no extra charge. Tidal usually charges $20 per month in the US for this service.

This isn't the first time new Sprint customers have gotten free Tidal HiFi, but the new deal includes existing Sprint users, too. After the initial six months of Tidal, the folks who sign up for the deal will be downgraded automatically to the regular $10 per month Premium service. Sprint will also donate $2 to its 1Million Project — an initiative to equip low-income US high school students with internet at home — for every new line acrtivation and device purchase or lease.

The advantage here seems twofold. First, number 4 US wireless carrier Sprint gets to offer a premium subscription to a high-end streaming service like Tidal. According to the wireless provider, more than two-thirds of their mobile subscribers stream music for an average of 45 minutes per day. Offering customers Tidal HiFi could both attract new subscribers as well as keep current ones. Second, Tidal now has access to Sprint's 58.5 million wireless customers, which considerably more than the music company's own reported 3 million paying users (which may, in fact, be an inflated figure).

In this article: applenews, av, gear, hifi, internet, mobile, music, services, sprint, streaming, streamingmusic, Tidal, tidalhifi
All products recommended by Engadget are selected by our editorial team, independent of our parent company. Some of our stories include affiliate links. If you buy something through one of these links, we may earn an affiliate commission.