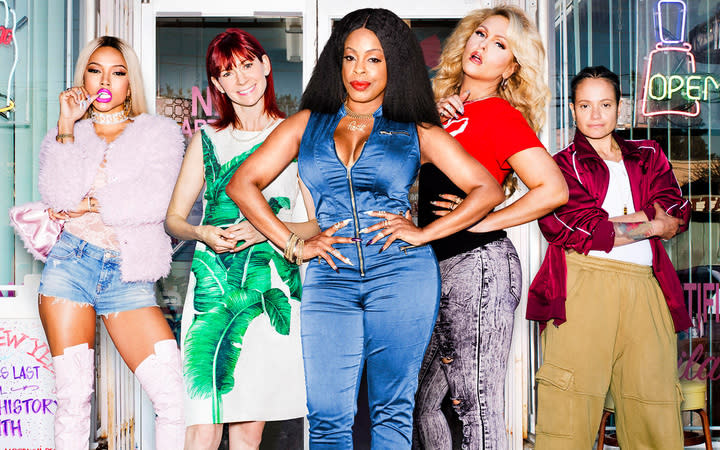 TNT is premiering its new drama "Claws" this Sunday, but if you miss the first showing on the network itself, you can catch an encore on Twitter.

TNT's parent company, Turner, streamed TBS' "Full Frontal with Samantha Bee's Not the White House Correspondents' Dinner" on Twitter in April. But in a statement, the company said that "Claws" will be the first basic cable drama to stream on the platform, which Twitter confirmed to Engadget.

Earlier this year, Twitter COO Anthony Noto stated that the platform was looking to stream shows from subscription TV channels and while the "Claws" premiere isn't that exactly, it is a step in that direction. Twitter has already streamed boxing matches, MLB and NHL games, as well as National Lacrosse League games.

The new show, set in a central Florida nail salon and starring the likes of Carrie Preston, Jenn Lyon, Judy Reyes and Karrueche Tran, will premiere June 11th on TNT at 9PM Eastern / Pacific and the Twitter encore will take place at 10PM Eastern, which means west coast viewers can catch it on Twitter before it airs on their TV.

In this article: applenews, CableTv, entertainment, internet, mobile, streaming, tbs, TNT, Turner, twitter
All products recommended by Engadget are selected by our editorial team, independent of our parent company. Some of our stories include affiliate links. If you buy something through one of these links, we may earn an affiliate commission.