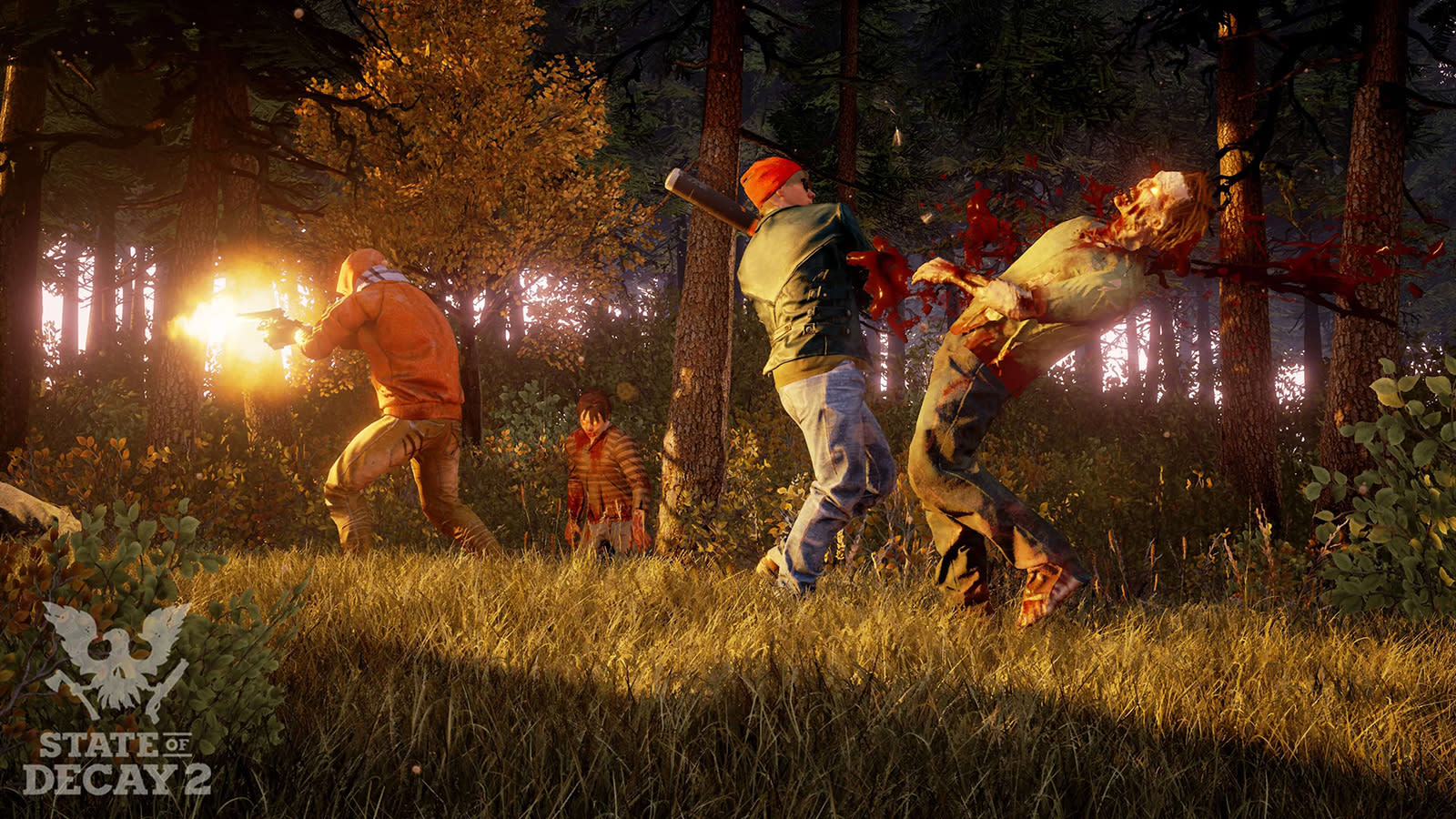 Microsoft may have teased the invasion of the undead at last year's E3, but during the 2017 installment we're still not getting a release date for the sequel to State of Decay. In fact, the game has been delayed. Next spring, you can enter the zombie apocalypse in the survival horror State of Decay 2 on Xbox One and Windows 10. Basically, then, after being slated to launch this year, the title won't arrive until 2018.

As a refresher, the game is set a year and a half after the zombie apocalypse and centers on a group of survivors who were abandoned by the military. The people who remain from a refugee camp have to work together to keep the hoards at bay. From the looks of it, that's going to be a tall order.

When Microsoft Studios' State of Decay 2 finally hits Xbox One and Windows 10 though, it will be a "Play Anywhere" title. Buy that digital copy and you can play it on both your console and your PC. And yes, it's also an Xbox and Windows exclusive title. While you're waiting a few months to start your journey of survival fighting both zombies and the drama of being a non-infected human, have a look a new 4K trailer embedded below.

In this article: applenews, av, e3, e32017, gaming, microsoft, microsoftstudios, xbox
All products recommended by Engadget are selected by our editorial team, independent of our parent company. Some of our stories include affiliate links. If you buy something through one of these links, we may earn an affiliate commission.