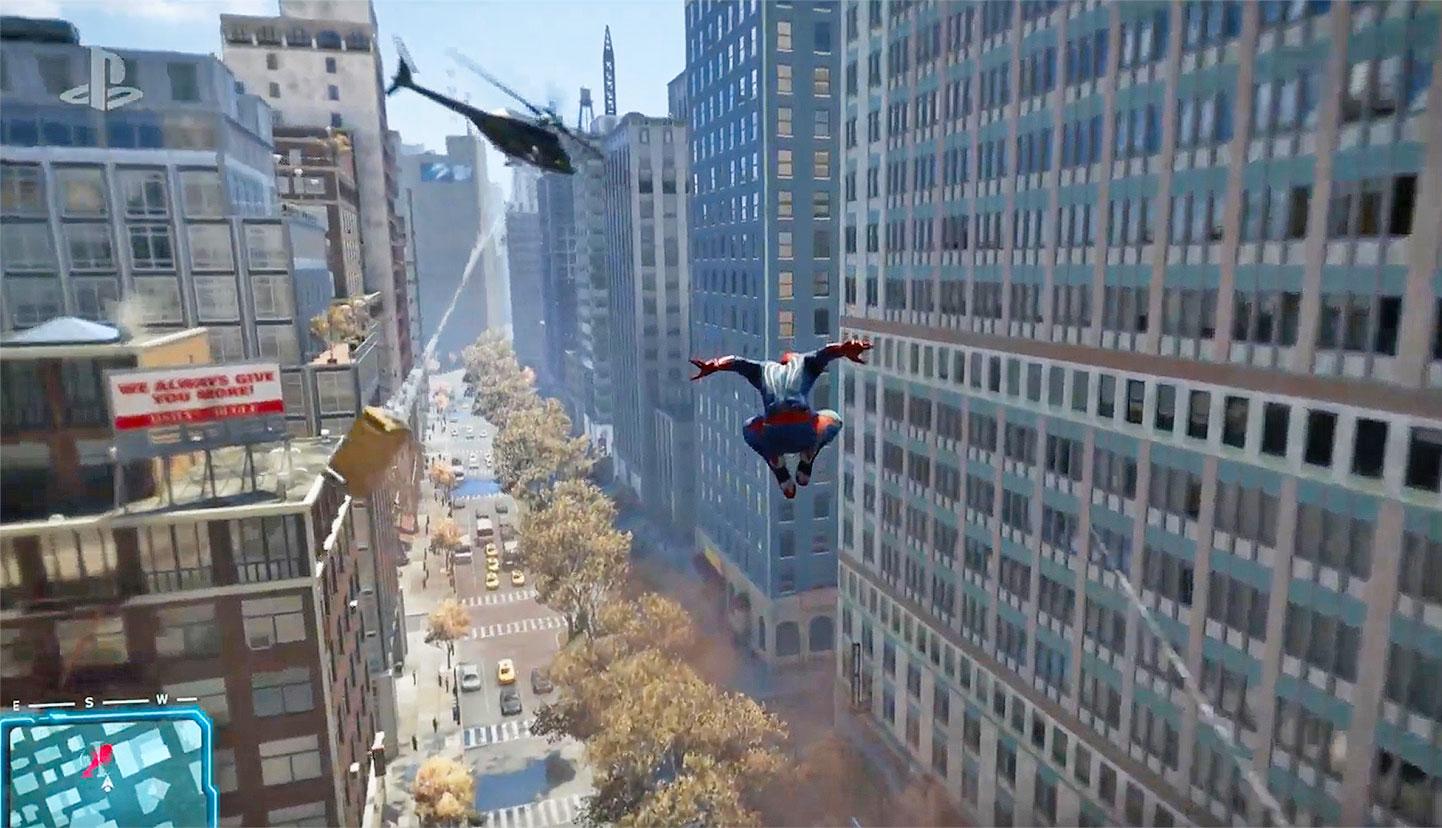 The history of Spider-Man games is filled with highs and lows. For every Spider-Man 2, there's a Spider-Man: Edge of Time, an initially promising but ultimately lackluster outing. Sony hopes to change that with a new Spider-Man game developed by Insomniac. We've known that it's in development, but today we got a much better look through some extended gameplay at Sony's E3 press conference.

In a lot of ways, what Sony showed off was very reminiscent of the Batman: Arkham series of games. There's plenty of Spider-Man stealth-attacking baddies from above, zipping from building to building with his web, and doing a bunch of fun-looking ground-based fights. There's just something about the combination that really brings the Batman games to mind.

But naturally, Spidey has a few custom tricks up his sleeve, as seen in a wonderful sequence near the end of the footage shown today. His agility and speed were on full display as he escaped a collapsing crane, and the Spidey-Sense slows things down while you're in combat so you have time to make additional moves. Indeed, as the footage unfolded, the game really started to set itself apart -- the action started moving really quickly, in a way could only happen thanks to Spider-Man.

Of course, it's a much brighter and more comedic world, in tune with the sensibilities of Spider-Man. And you have the city of New York to play around in, though it wasn't clear from this gameplay how much of the city you could explore.

Unfortunately, there's no real release date other than "2018," so fans will need to just wait this one out. But Sony left us with one last tease: a peek at Miles Morales, who looked admiringly at the work Spider-Man did in the gameplay footage. Whether or not he's the man behind the mask remains to be seen, though.

Nick Summers contributed to this story.

>
In this article: applenews, av, e32017, gaming, sony
All products recommended by Engadget are selected by our editorial team, independent of our parent company. Some of our stories include affiliate links. If you buy something through one of these links, we may earn an affiliate commission.