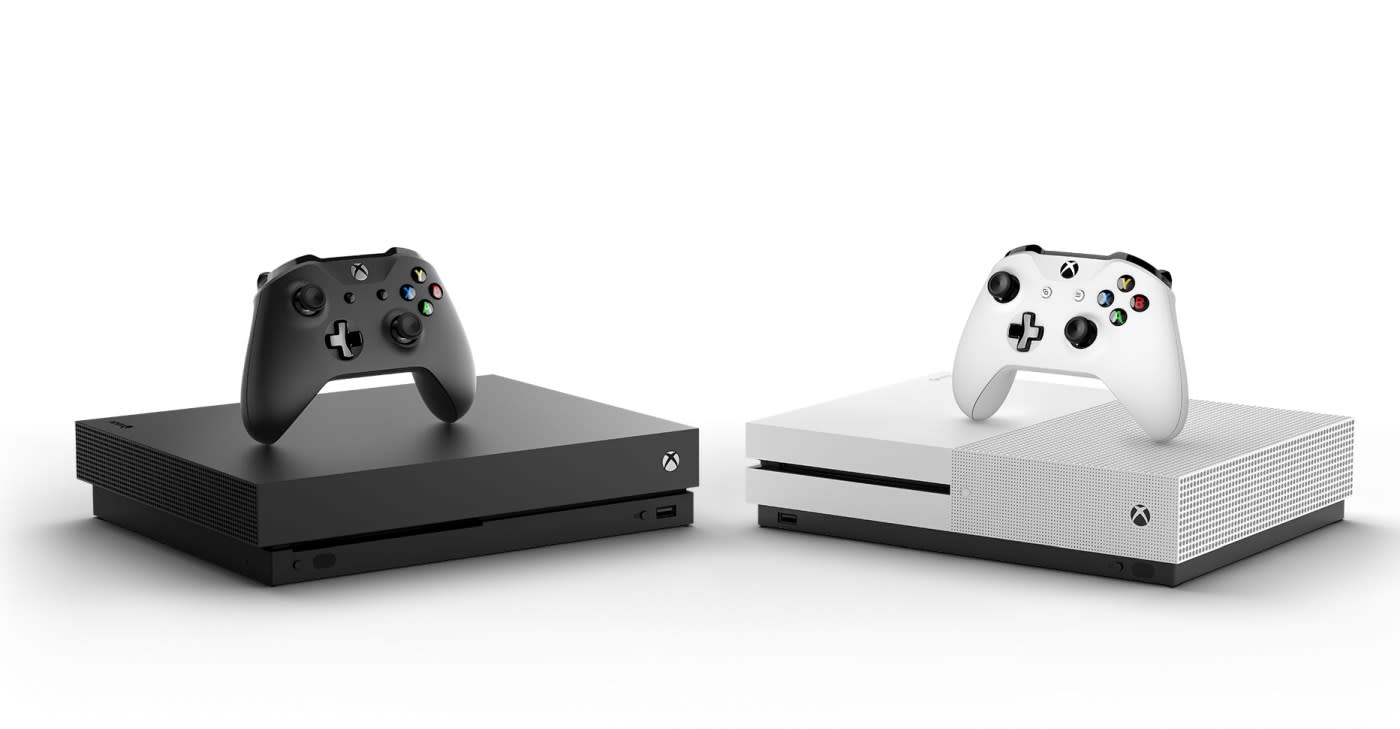 $499. No matter how many games Microsoft showed (42) and which specs flashed across the screen (teraflops! ram!), most of the reaction to its One X unveiling at E3 focused on that. It's not the $599 debacle that Sony faced with its PS3 unveiling over a decade ago, but the "most powerful console ever" has a large hill to climb when it's also the most expensive console available, topping the 1TB PS4 Pro by $100.

There was no VR pitch during Microsoft's presentation, nor any mention of video streaming or other home-theater bumps (the One S already supports 4K video streaming), beyond a brief acknowledgment of Dolby Atmos support. Since the original Xbox One reveal, gamers have asked for just games and today, Microsoft gave them that. The only problem is that while trailing in the consoles sales race to Sony, there are only so many exclusives (and timed exclusives) to get.

So what leg does Microsoft stand on to sell the Xbox One X? It's got one sale here -- I've already fallen for the pitch twice, purchasing both an Xbox One and an Xbox One Elite. Upgrading to a system that will make many of my games look better is a no-brainer. This is probably Microsoft's strongest sales pitch: As long as the One X has the most horsepower (outside of a PC), it's a worth piece of an upgrade to 4K and HDR along with the rest of my home theater. This is the system I want to play Forza on for the foreseeable future -- let's be honest, I'd pay any amount of money for the chance to play Rallisport Challenge 2 in 4K -- and there's little that will change that.

The problem is everyone else. If the exclusives you want to play are on PlayStation, or, God forbid, Switch, graphical fidelity isn't as big a draw. Sure, not every PS4 Pro game is "true" 4K, but Microsoft may have a tough run trying to sell a few extra pixels on a cross-platform release vs. not having access to well-known and anticipated titles like The Last of Us, God of War and Gran Turismo, just to name a few. And if you're a Nintendo fan, then you've likely already opted out of high-res graphical upgrades in favor of a few familiar franchises. Even if you want Xbox exclusives with the best graphics, a PC is the best option.

Like the PS4 Pro, the One X is also capable of super-sampling, which will upgrade the visuals of games even for people playing on a 1080p television, not to mention the possibility of smoother framerate. But there the Xbox is its own worst competition, with the One S selling for half the price.

Add it up, and this means Microsoft's newest Xbox is the one facing the most challenges, with few tools to work with. Microsoft's insistence on making games that work the same across its Xbox lineup mean that developers won't build extra features and limit the differences to graphics. The really bad news? Unless you've already invested in an ultra-high-definition setup with support for 4K and HDR, you won't be able to see the difference without looking on someone else's screen.

So what is the One X, other than a $500 throw-in with your new TV? That's the question Microsoft will have to answer come November and in the years beyond -- or at least until Sony comes up with an enhanced PS4 ProStation.

In this article: applenews, av, E32017, editorial, gaming, gear, microsoft, XboxOne, XboxOneX
All products recommended by Engadget are selected by our editorial team, independent of our parent company. Some of our stories include affiliate links. If you buy something through one of these links, we may earn an affiliate commission.