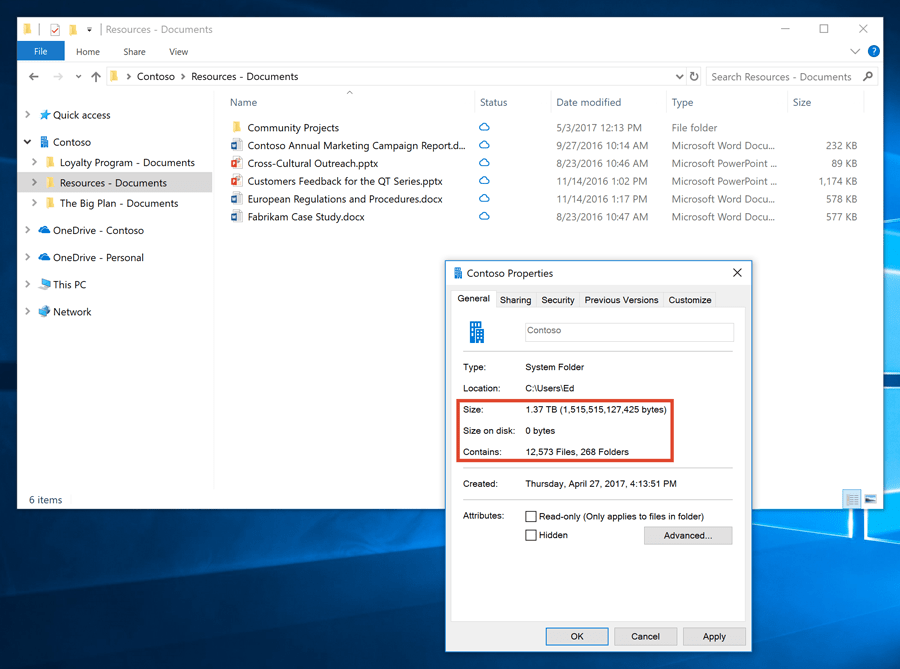 Storing your files in the cloud is a great thing for managing them across devices, but if you want to work on them on your own or with others, you either need to let them sync to your local computer or launch a web app. Microsoft introduced a way to access both local and OneDrive files from your PC desktop this past May. The feature lets you work on your files directly from your computer using the regular Windows file picker, further blurring the lines between offline and online file storage and saving space on that fancy SSD. The service, called OneDrive Files on Demand, starts rolling out to Windows Insiders who run build 16215 right now, and you can download it directly if you don't want to wait for the automatic update.

Dropbox released a similar system this past January called Smart Sync. It lets Dropbox Business users view and make changes to documents without having to launch Dropbox's web interface, and it will work across Mac and Windows systems. The killer feature of both services is that online files look just like local ones - you won't have to worry about managing storage space for online files. Files On Demand works with your personal and work OneDrive, Microsoft's Dona Sarkar told Thurrott, along with any of your SharePoint Online team sites.

The install of Files on Demand is simple and quick, according to Thurrott, and it seems to work as planned. There's a new status column that tells you which of your files are on OneDrive. The feature should be available for all users with the Windows 10 Fall Creators Update.

In this article: applenews, cloud, fileexplorer, files, filesondemand, gear, microsoft, onedrive, personal computing, personalcomputing, sync
All products recommended by Engadget are selected by our editorial team, independent of our parent company. Some of our stories include affiliate links. If you buy something through one of these links, we may earn an affiliate commission.