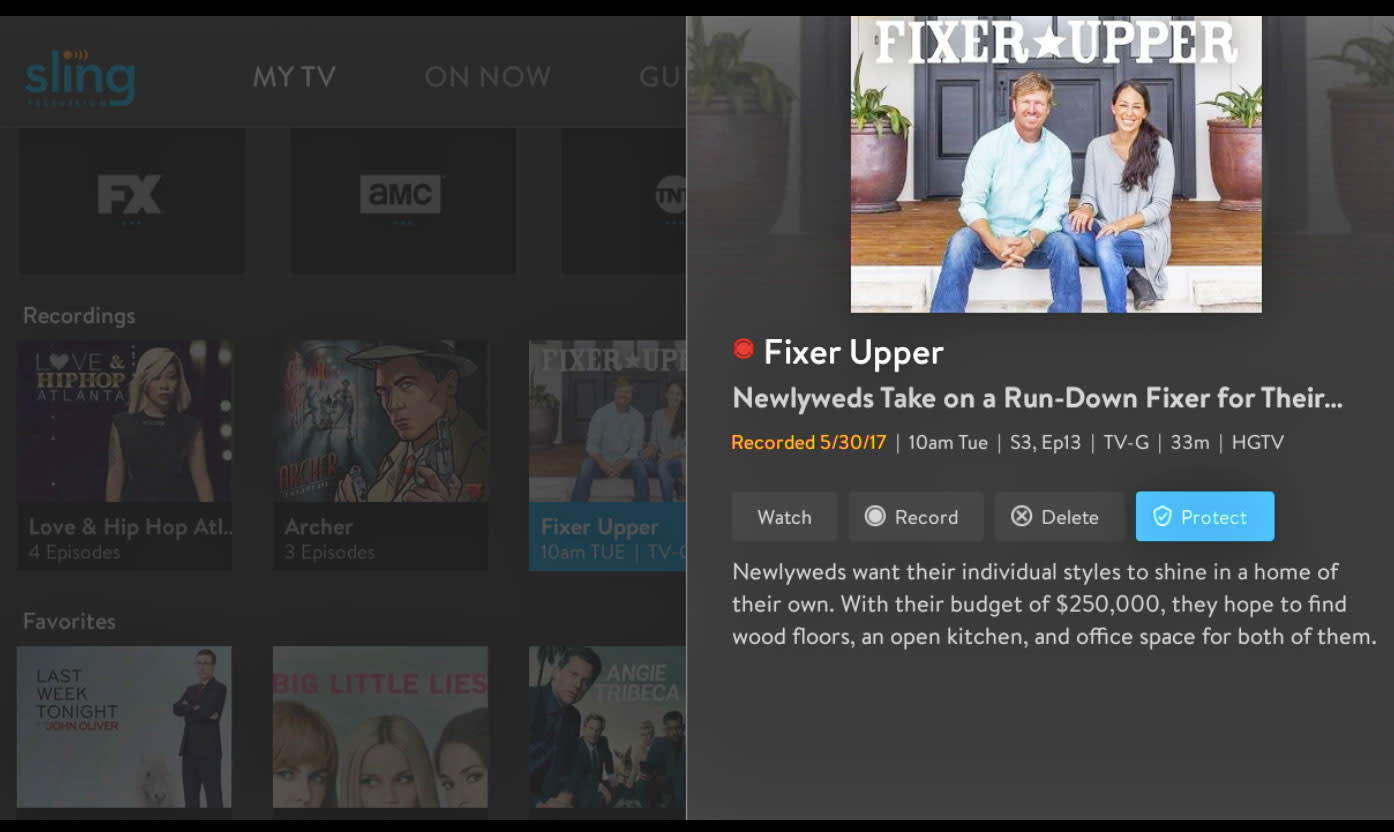 You asked, and Sling TV answered. By popular demand, the live TV streaming service's Cloud DVR now lets users protect shows from deletion and added the ability to record content on Fox channels. Plus, you can watch and manage recordings from your Xbox One.

There are a few other minor upgrades, too, including an improved interface that groups recorded episodes into show folders and the option to record straight from a franchise's front page. This comes weeks after their last UX upgrade that introduced a streaming service-standard grid layout and improved algorithms to serve up trending content.

With live TV getting more and more crowded with YouTube TV, Hulu (which recently added live television) and AT&T's DirecTV Now, Sling TV has focused on improving its standout DVR features. Back in April, it expanded its $5 for 50GB "First Look" offer to Apple TV, Android and Roku owners. But crucially, Sling TV now lets you protect content forever (or until you stop subscribing): As TechCrunch points out, PlayStation Vue only saves shows 28 days past air date, while YouTube TV holds them for 9 months

In this article: applenews, dvr, gear, services, slingtv
All products recommended by Engadget are selected by our editorial team, independent of our parent company. Some of our stories include affiliate links. If you buy something through one of these links, we may earn an affiliate commission.