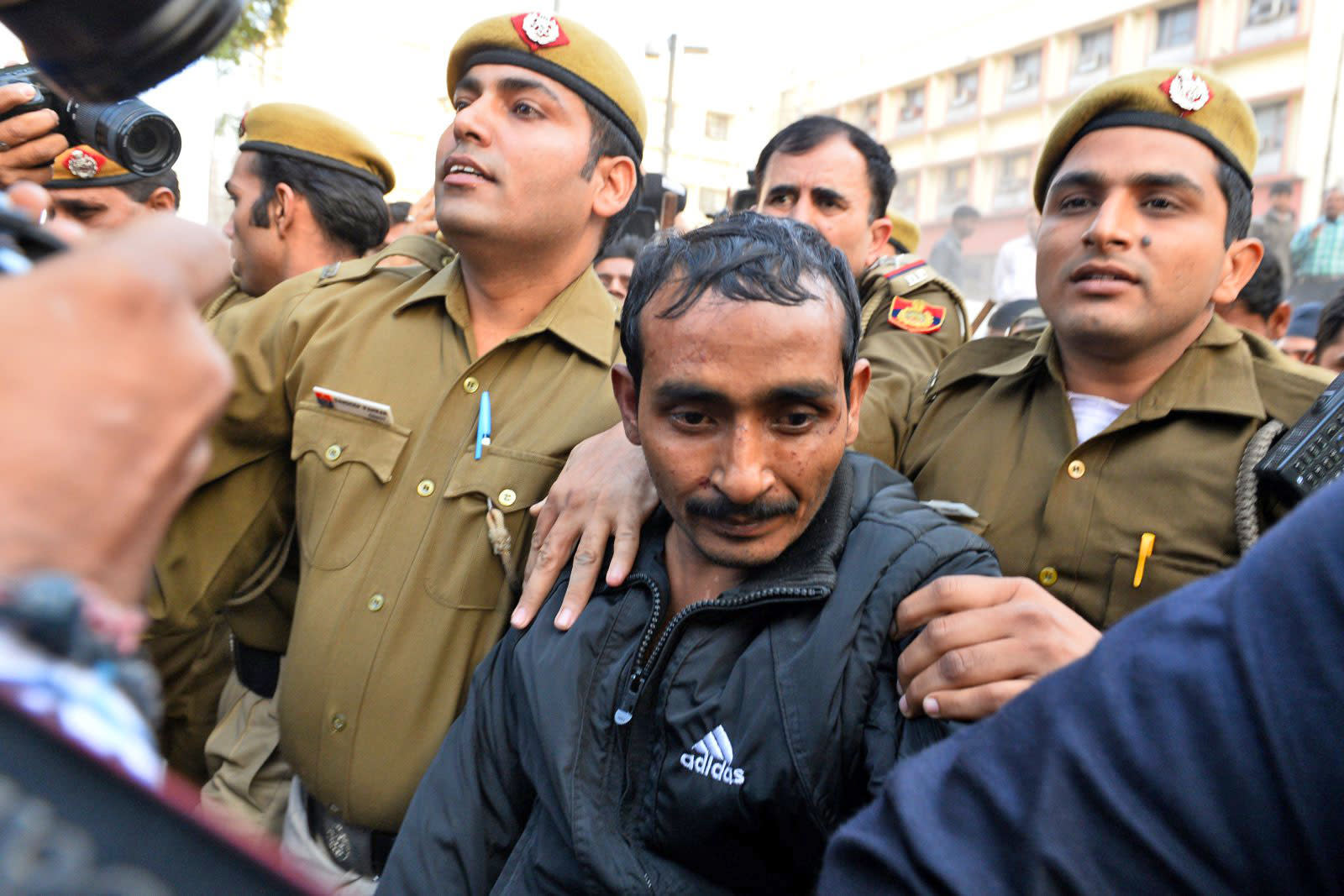 The Uber passenger who was brutally raped by her driver in India in 2014 has sued the ride-hailing firm for improperly obtaining and sharing her medical records. See, while the company showed support for her plight and publicly declared that it will do "everything to help bring [the] perpetrator to justice" -- the accused, pictured above, was sentenced to life in prison -- its head honchos apparently doubted her story. The lawsuit is partly based on a report published by Recode and The New York Times in early June, which revealed that Uber executive Eric Alexander got her records from the doctors who examined her after the sexual assault.

It's unclear if he obtained those records legally -- either way, he shared them with company chief Travis Kalanick and fellow exec Emil Michael. Both Alexander and Michael were recently fired. Kalanick, on the other hand, is currently on a leave of absence while the company is undergoing a work culture overhaul after being accused of fostering a toxic, sexist environment. The three executives reportedly speculated that she conspired with Uber's top rival in India, Ola, to stage the incident and sabotage the ride-hailing service.

In the documents the plaintiff's lawyers submitted to court, they wrote:

"Kalanick, Eric Alexander, Uber's then-Vice President for Business in Asia and Emil Michael, Uber's then-Senior Vice President for Business, bought into the narrative of rape denialism which focuses on whether a victim had been drinking, what she was wearing, or whether she knew the alleged rapist, rather than on the very real physical, emotional and financial toll that rape takes on a victim.

By focusing on "whether she was really raped at all," and painting Plaintiff as an opportunist and a liar, Defendants seemed to be assuring themselves that the only reason why a woman would report a sexual assault is for personal gain, rather than to prevent similar crimes from occurring again or to right an injustice.

Plaintiff is devastated by the acts of Uber and its executives, who have intruded into her very personal medical records from her sexual assault and callously disregarded her privacy by sharing their contents across the Company."

The documents also say that the plaintiff has filed the lawsuit for intrusion into private affairs, for public disclosure of private facts and for defaming her character. As for Uber, a spokesperson said in a statement when asked for a comment about the lawsuit:

"No one should have to go through a horrific experience like this, and we're truly sorry that she's had to relive it over the last few weeks."

In this article: applenews, ericalexander, gear, india, lawsuit, ridesharing, sexualassault, transportation, uber
All products recommended by Engadget are selected by our editorial team, independent of our parent company. Some of our stories include affiliate links. If you buy something through one of these links, we may earn an affiliate commission.