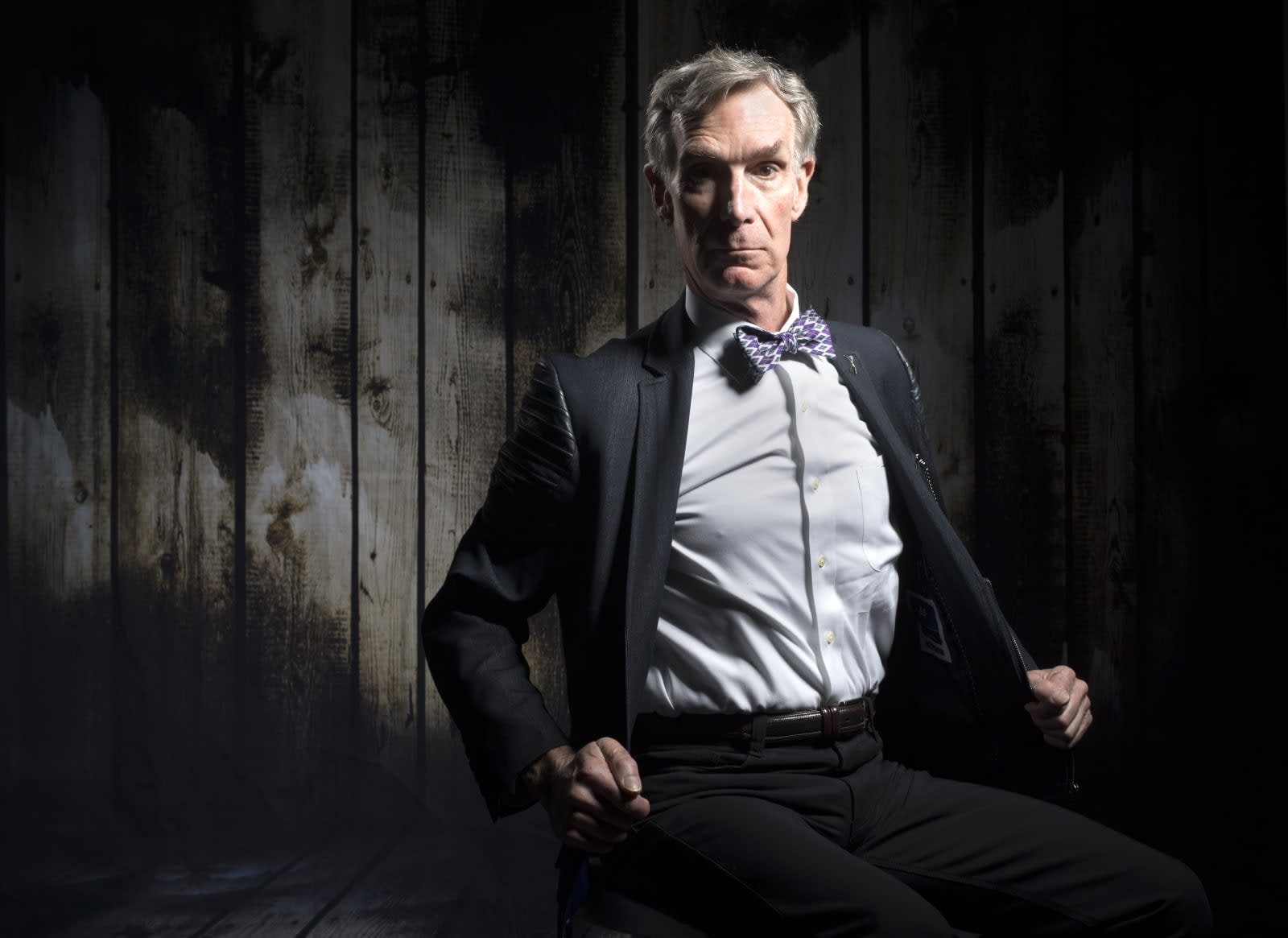 Bill Nye's Netflix talk show was met with mixed reviews, but it must have done well enough, because it's coming back for another season. The streaming platform has released an official teaser for Bill Nye Saves the World's second season, which the science educator has posted on Facebook. It starts by showing anti-science tweets and those calling Nye a "totalitarian eugenicist in a fake lab coat," "Bill Lie the Pseudoscience Guy," a quack and even Satan, to drive home the point that the world needs more saving.

Unfortunately, Netflix won't be announcing its launch date until later this year. That means we still don't know whether the show will retain the first season's format and whether it will use all the criticisms it received to deliver a better second season. If you'll recall, the show was criticized for not delving deep enough into the topics it's trying to discuss, with Nye frequently yelling his stance at the audience.

Vox praised his attempt at explaining controversial topics, though admitted that his approach could use some refinement. Polygon defended him against those who think he's "trying too hard to be cool," though, pointing out that part of Bill's charm and schtick are his awkwardness and dad jokes. In case the the next season is anything like the first, expect the scientist to welcome more celebrity guests from various backgrounds to help him dispel myths and talk about hot-button topics like climate change and anti-vaxxing.

In this article: applenews, billnyesavestheworld, entertainment, internet, netflix, renew, secondseason
All products recommended by Engadget are selected by our editorial team, independent of our parent company. Some of our stories include affiliate links. If you buy something through one of these links, we may earn an affiliate commission.