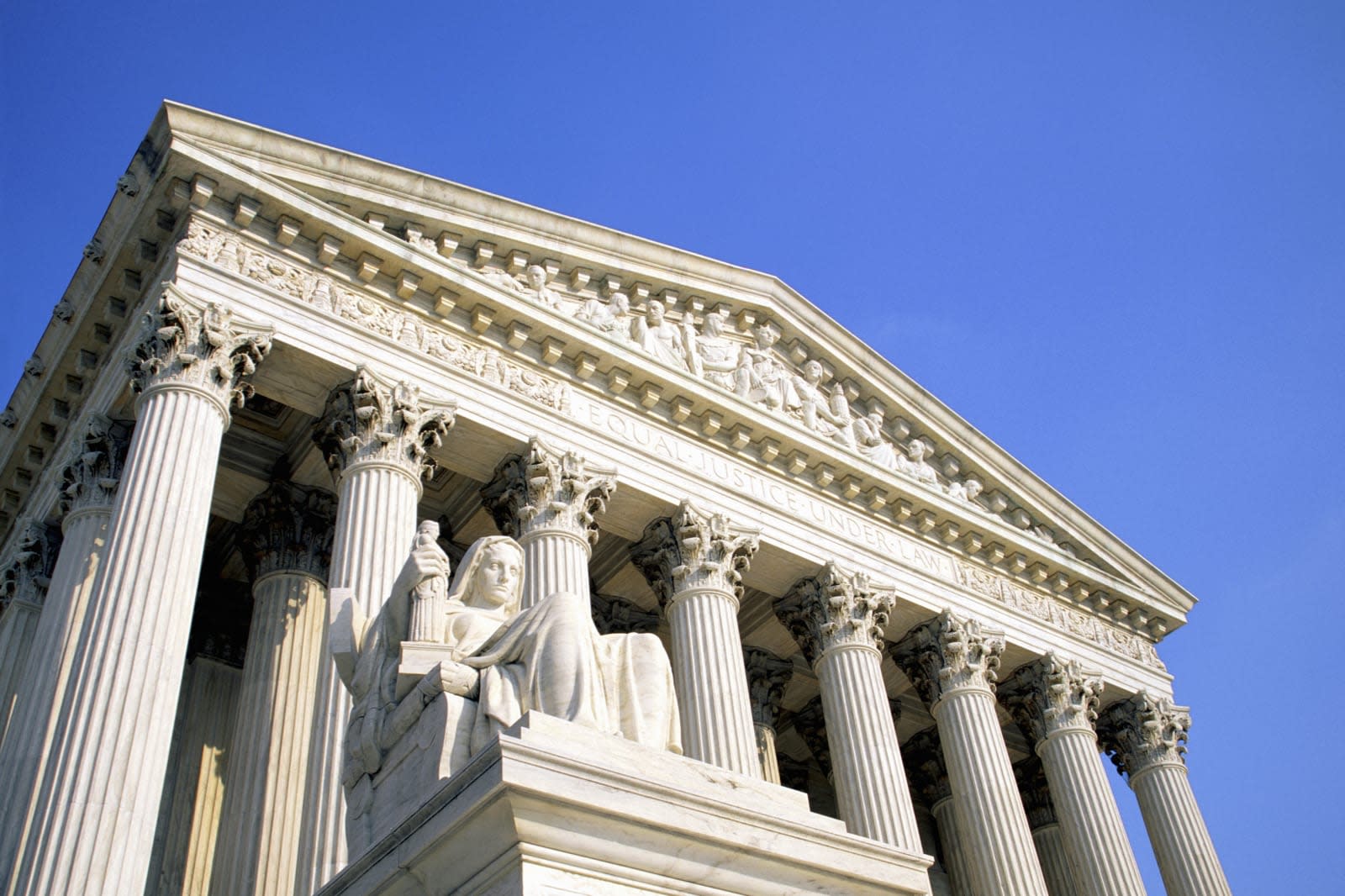 It's understandable why governments would want to keep sex offenders away from social networks -- you don't want predators messaging their potential targets. Is an outright ban taking things a step too far, though? The US Supreme Court thinks so. As part of a ruling in a case where a college student preyed on an underage girl, the court has struck down a North Carolina law preventing sex offenders from visiting social internet sites that children might frequent. Simply speaking, the law was so broad that it violated free speech rights, disconnecting offenders from modern life.

If you aren't on social networks, the court says, you frequently can't interact with society in perfectly innocuous ways. You may chat with friends on Facebook, for example, or look for a new job on LinkedIn. Deny those to someone and you're hindering their ability to exercise their First Amendment rights. How is an offender supposed to rehabilitate if you prevent them from accessing crucial websites for decades after they leave prison? It's deliberate acts (such as looking up or contacting a target) that are the real crimes, not existing in the same virtual space.

The court adds that North Carolina's law could easily be misinterpreted to include just about any commercial site with a social element and access for minors, such as Amazon or WebMD. However well-intentioned the law may be, it would be all too easy to toss an offender back into prison simply because they went shopping or researched symptoms.

The judges are aware that safety still has to be taken into consideration. Judge Samuel Alito is concerned that treating all sites as platforms for free speech risks making it difficult to block access to any site. Would you want a creep getting access to a teen dating site or a children-only forum, for example? It's much harder to monitor kids online than it is at a playground or school, so some kind of restriction might help. However, both Alito and the court at large agree that any laws need to be specific enough that they address the actual threats, not just day-to-day internet use.

In this article: applenews, crime, FirstAmendment, freespeech, gear, internet, law, northcarolina, sexoffenders, socialnetwork, socialnetworking, supremecourt
All products recommended by Engadget are selected by our editorial team, independent of our parent company. Some of our stories include affiliate links. If you buy something through one of these links, we may earn an affiliate commission.