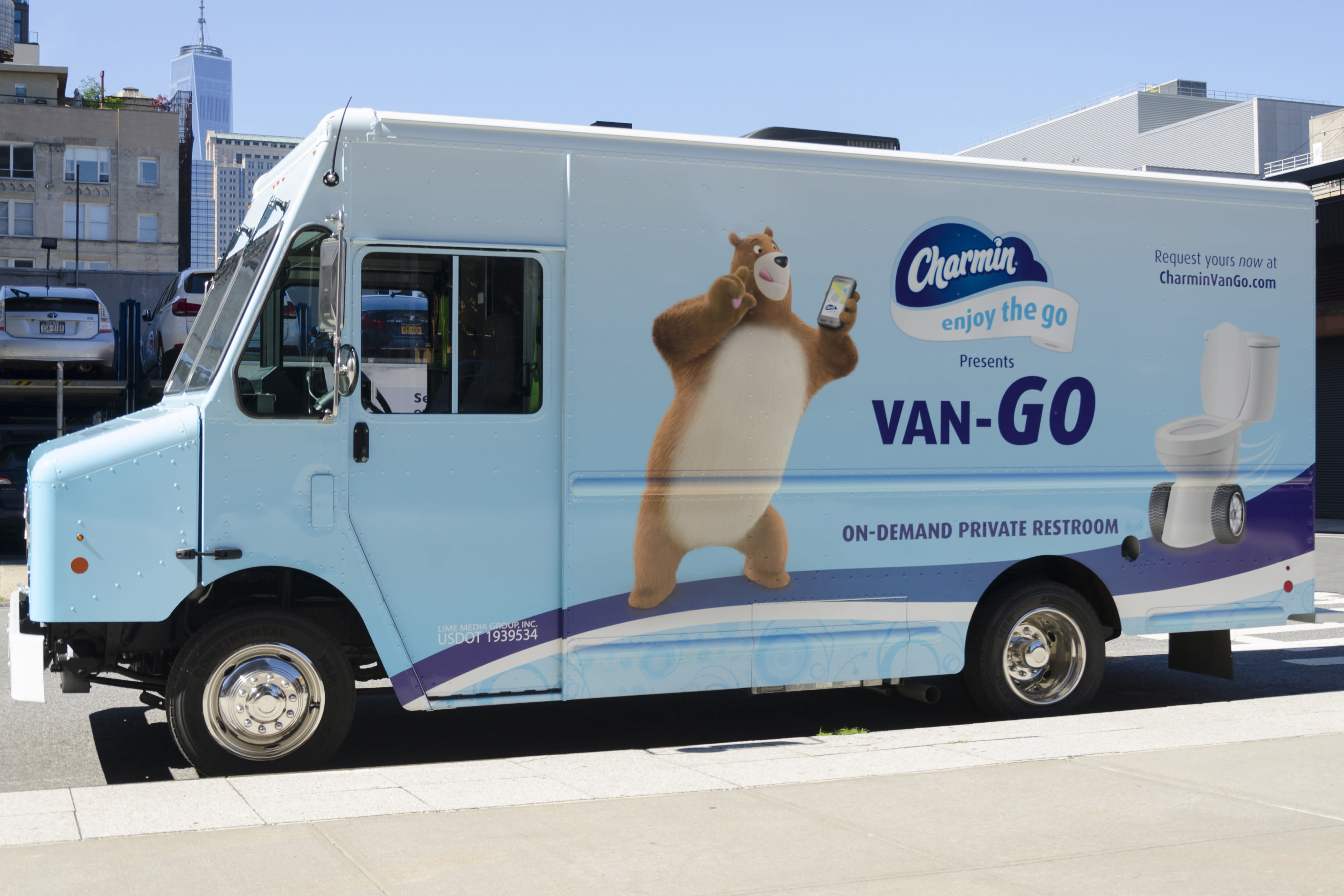 Everybody's favorite cartoon shit bear (slow your roll there, Mike Isaac), is coming to New York City! On June 21st and 22nd, the Charmin toilet paper company is running a promotional event wherein folks will be able to order an on-demand, mobile port-a-potty in select neighborhoods throughout the city, right from their smartphones.

If you feel the need to pop a squat on Wednesday or Thursday and don't want to simply poop in the gutter like we did in the good old Cholera days, go to CharminVanGo.com, follow the instructions and pretty soon a modified runner van will arrive for you to defecate in.

Not only will you be able to poop privately on a minibus parked in some of NYC's busiest neighborhoods, but Anthony Anderson, star of ABC's hit family sitcom Black-ish, will be onboard as well, "surprising and delighting people with bathroom humor along the route" according to Business Wire.

The vans will be in operation between 8am and 5pm ET. On Wednesday the 21st, they'll be available for hire at Columbus Circle on W. 57th, Herald Square and Bryant Park. On Thursday the 22nd, you can find them at the Lincoln Center, the High Line, Rockefeller Plaza and Union Square.

Charmin's promotion, albeit temporary, joins the growing ranks of wacky on-demand products. These days you can get everything from snacks to scooters, manual labor to McDonald's meals, with just a couple of clicks. At least now when that drone-delivered sushi makes you sicker than that time you ate gas station nachos, you won't have to hold it till you get home. You'll just have to make small talk with Anthony Anderson.