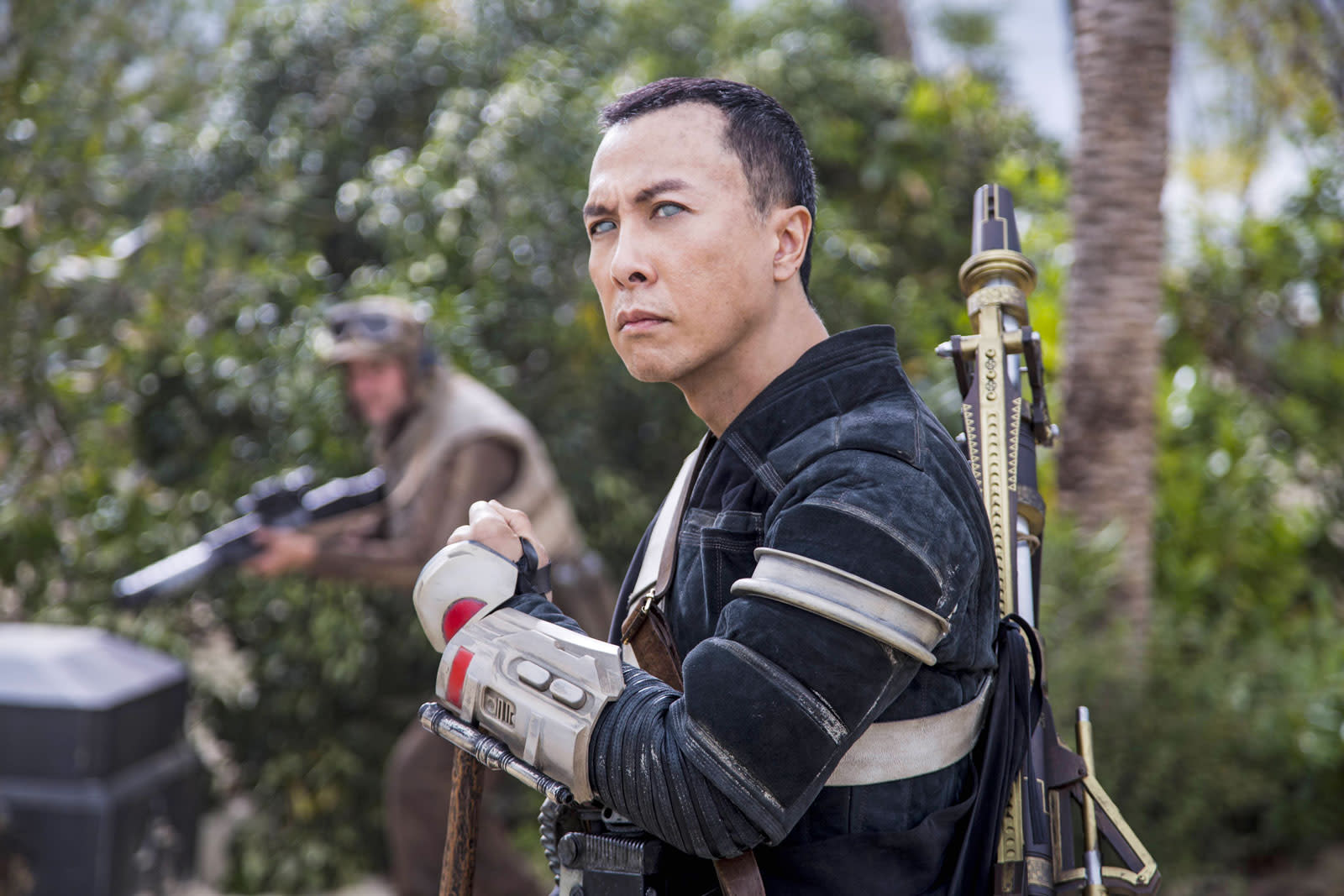 That exclusive deal with Disney that Netflix made back in 2012 started to pay off last fall. We wondered when we might see any Lucasfilm releases at the time, but it looks like the time is ripe for spending some time with Jyn Erso and her band of plucky Rebels. Rogue One is headed to Netflix on July 18th.

If you watch Netflix's upcoming releases trailer above, you'll note that Rogue One won't be available to download for offline viewing, unlike the rest of the announced movies and TV shows. If you're wondering why you still can't stream The Force Awakens on Netflix in the US, blame a Starz licensing agreement that covered Disney films released through the end of 2015. Canadians, though, can stream the first reboot just fine.

In this article: applenews, av, entertainment, internet, netflix, rogueone, starwars, video
All products recommended by Engadget are selected by our editorial team, independent of our parent company. Some of our stories include affiliate links. If you buy something through one of these links, we may earn an affiliate commission.