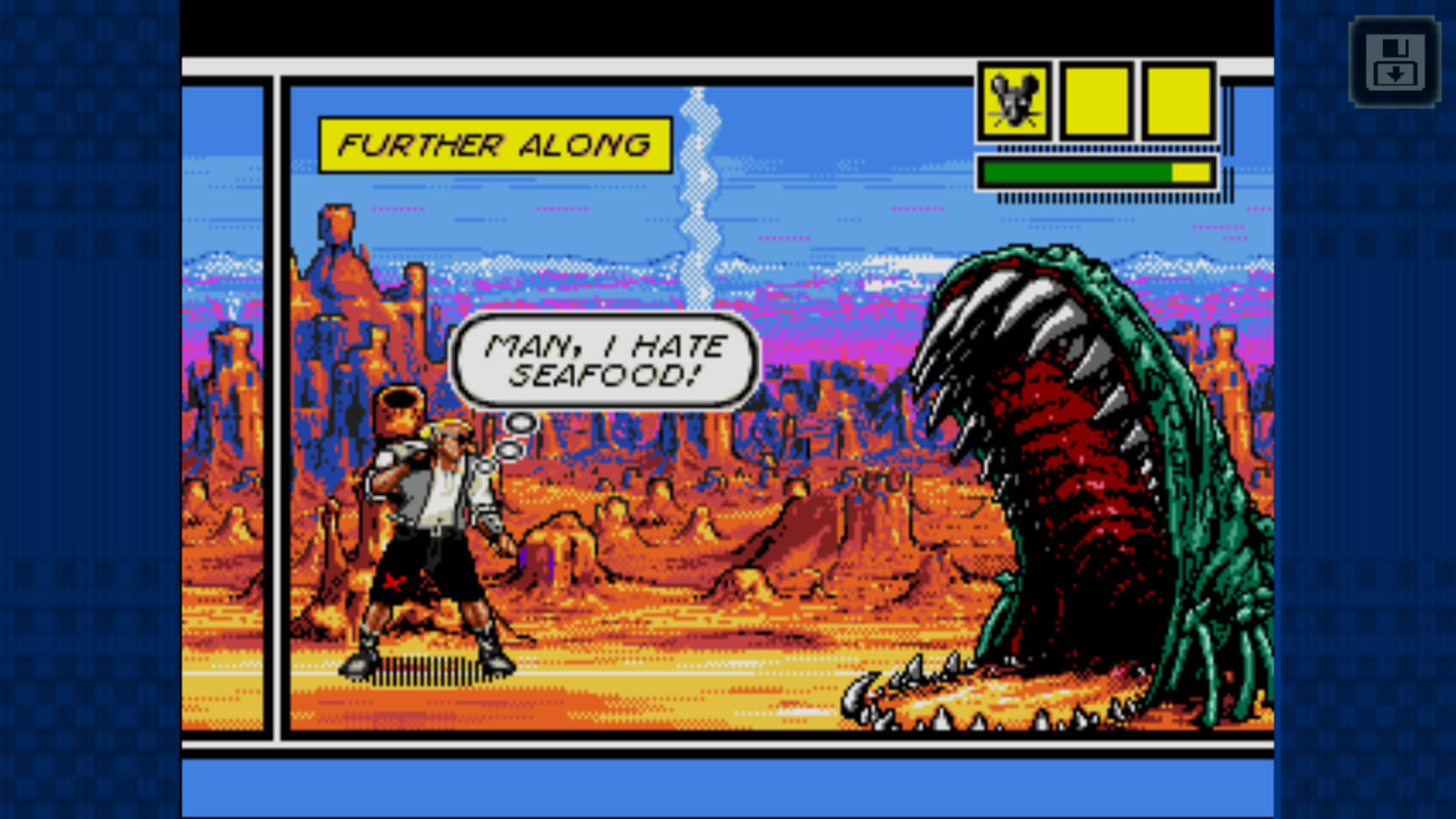 We have no shortage of shiny, life-like HD games these days, but if you'd like to revisit older titles from a bygone era, Sega has got your back. The video game company has just officially launched the first wave of the Sega Forever collection with five titles meant to begin "a retro revolution that will transport players back through two decades of console gaming." Starting today, the 1991 version of Sonic the Hedgehog, fan-favorite RPG Phantasy Star II, classic arcade-style beat 'em up Comix Zone, platformer Kid Chameleon and Greek mythology-themed beat 'em up Altered Beast will be available on Google Play and iTunes as free ad-supported games. If you have an iPhone or an iPad, your games will even come accompanied by iMessage sticker packs.

Sure, Sonic has been out for mobile since 2015, but now you can get its ad-free version for $2. All the other games will also cost you that much, though take note that you can play them offline, save and see your name on the leaderboard even if you play the ad-supported versions. Sega says it plans to add new titles to the collection every two weeks, including official emulations and ported games from all its console eras, so expect to see a lot more than these five in the future.

In fact, the company also recently made Crazy Taxi free-to-play with the option to remove ads for two bucks. It's unclear why the company didn't make it one of the launch titles, but we'll bet it will also be part of the Forever collection. You can access the games on Google Play through the links below -- take note that they will go live in Asia first and will start becoming available in Western markets on June 22nd:

In this article: alteredbeast, applenews, comixzone, gaming, kidchameleon, mobile, phantasystar2, sega, segaforever, sonic
All products recommended by Engadget are selected by our editorial team, independent of our parent company. Some of our stories include affiliate links. If you buy something through one of these links, we may earn an affiliate commission.