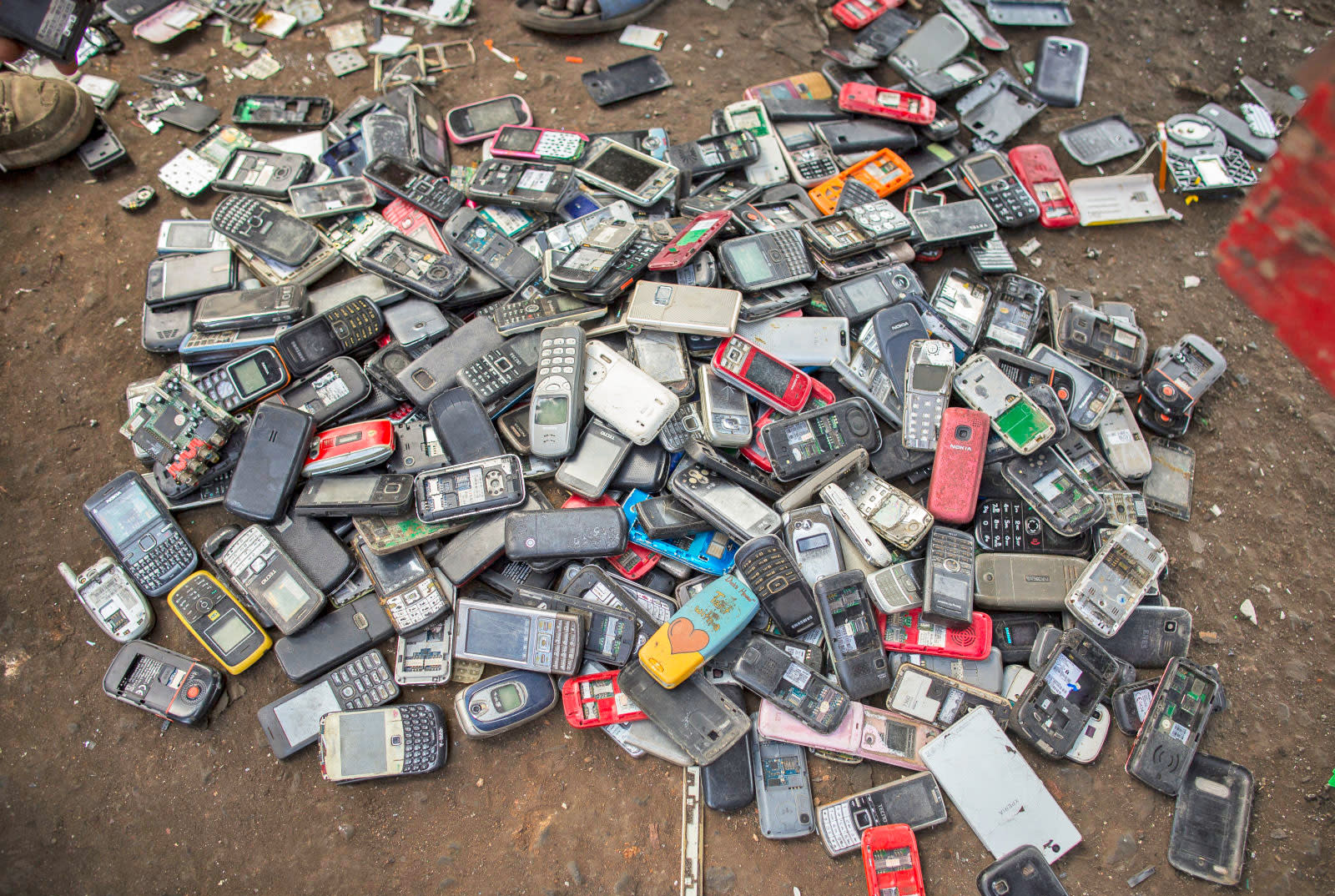 Greenpeace likes to keep tabs on tech companies, highlighting where they're going wrong when it comes to clean technology and how they can improve. Earlier this year, the organization released its report on how the IT sector consumes energy and they ranked a number of companies on both their energy consumption practices as well as their transparency. Greenpeace's latest report takes on mobile devices and how repairable companies make their products.

While it's obvious why companies don't want to make it easy to fix their devices -- buying a new one is better for them -- not being able to repair mobile devices has become a major problem. If it can't be fixed, it's most likely just going to be thrown out and all of that e-waste just continues to pile up. Repairability is a green issue.

A study released earlier this year found that the amount of e-waste in East and Southeast Asia had grown by 63 percent between 2010 and 2015 and totalled 12.3 million tonnes. Some of those countries have only recently created e-waste disposal laws, but regulations don't always get put into practice. For example, a few years ago, Europe found that 65 percent of its e-waste wasn't being recycled as it should.

Repairable mobile devices could go a long way towards curtailing our e-waste problem. But unsurprisingly, repairability wasn't a major feature for most of the smartphones, tablets and laptops Greenpeace assessed in partnership with iFixit. Taking into account the time required to repair a device, its ability to be upgraded or modulated and the availability of spare parts and repair manuals, over 40 devices launched between 2015 and 2017 were scored.

Only one smartphone was given full marks -- the Fairphone 2, a modular phone with ethically sourced components. Individual parts can be replaced when needed rather than having to scrap the whole phone and both its repair manual and spare parts are available. For tablets, the HP Elite X2 tablet took the top spot while the Dell Latitude E5270 and HP Elitebook 840 G3 tied in the laptop category.

Some practices that led to lower scores included the adhesion of batteries to the device itself, preventing replacement, as well as requiring specialized tools for device repair -- both of which Apple was guilty of. Apple, Samsung and Microsoft had many of the lowest scores in all three categories.

Our love of gadgets isn't likely to fade any time soon. And companies that are actively preventing their mobile devices from being repaired are contributing to our growing e-waste issue. Greenpeace and iFixit have called out specific practices and companies that are complicit in this problem and have noted those that are getting it right. It's obviously not impossible and it's time for repairable devices to become the standard not the exception.

In this article: apple, dell, fairphone, gadgetry, gadgets, gear, green, greenpeace, hp, ifixit, microsoft, mobile, samsung, tomorrow
All products recommended by Engadget are selected by our editorial team, independent of our parent company. Some of our stories include affiliate links. If you buy something through one of these links, we may earn an affiliate commission.