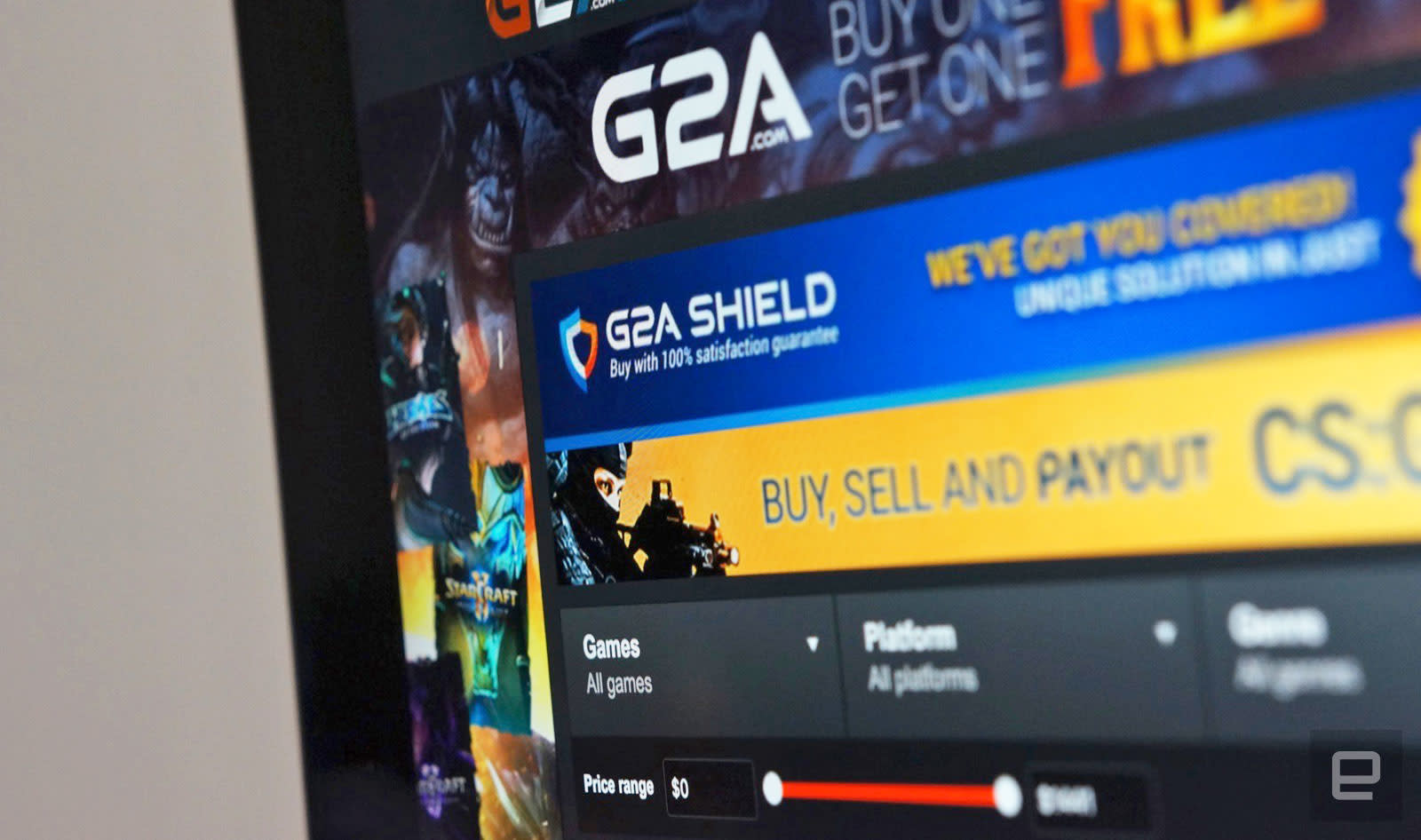 Online game key marketplace G2A is taking another stab at making its site more secure for developers by implementing changes that will impact both resellers and customers. The company announced on Thursday that key sellers on its site will be required to reveal their name and address, having previously been allowed to operate anonymously.

Meanwhile, G2A claims buyers will automatically have their geolocation tagged, meaning customers will no longer be able to dodge VAT charges on games by selecting their location manually, and from July all games will include VAT in their product price.

"Starting July 1st, 2017, buyers will have access to detailed information about the sellers on G2A.com, including their names and addresses," a G2A representative told Polygon. "This information will be included, among other places, on the bills provided to buyers, allowing them to know exactly who they are purchasing products from."

G2A has been facing the ire of developers and resellers alike since last year. It all began in June 2016, when SpeedRunners publisher TinyBuild accused the company of fraud, claiming it was facilitating a black market in game keys that resulted in the potential loss of $450,000 in sales at retail prices. Shortly after, G2A took a stab at reconciliation by scrambling to offer royalty payments to developers.

But the situation deteriorated further this year. In April, Gearbox infamously cut ties with the company following a massive backlash led by influential YouTuber John "TotalBiscuit" Bain. In-between, G2A introduced a new set of security measures (by way of an improved verification process for sellers).

G2A has denied the charges against it in the past, going so far as to claim that it is not a reseller itself but rather just a marketplace for third-party resellers. However, that doesn't seem to be the case anymore, courtesy of its G2A Deal service. Launched in February, G2A Deal offers game bundles at discounted rates, which can be bought through a one-time transaction or as a recurring subscription. G2A told Polygon the keys it is selling are purchased directly from developers and publishers. The company also claims it has improved the cancellation process for its customer support tool G2A Shield.

We reached out to Gearbox for a comment but did not immediately receive a response.

In this article: av, DigitalGames, g2a, gaming, gearbox, GearboxSoftware, tinybuild
All products recommended by Engadget are selected by our editorial team, independent of our parent company. Some of our stories include affiliate links. If you buy something through one of these links, we may earn an affiliate commission.