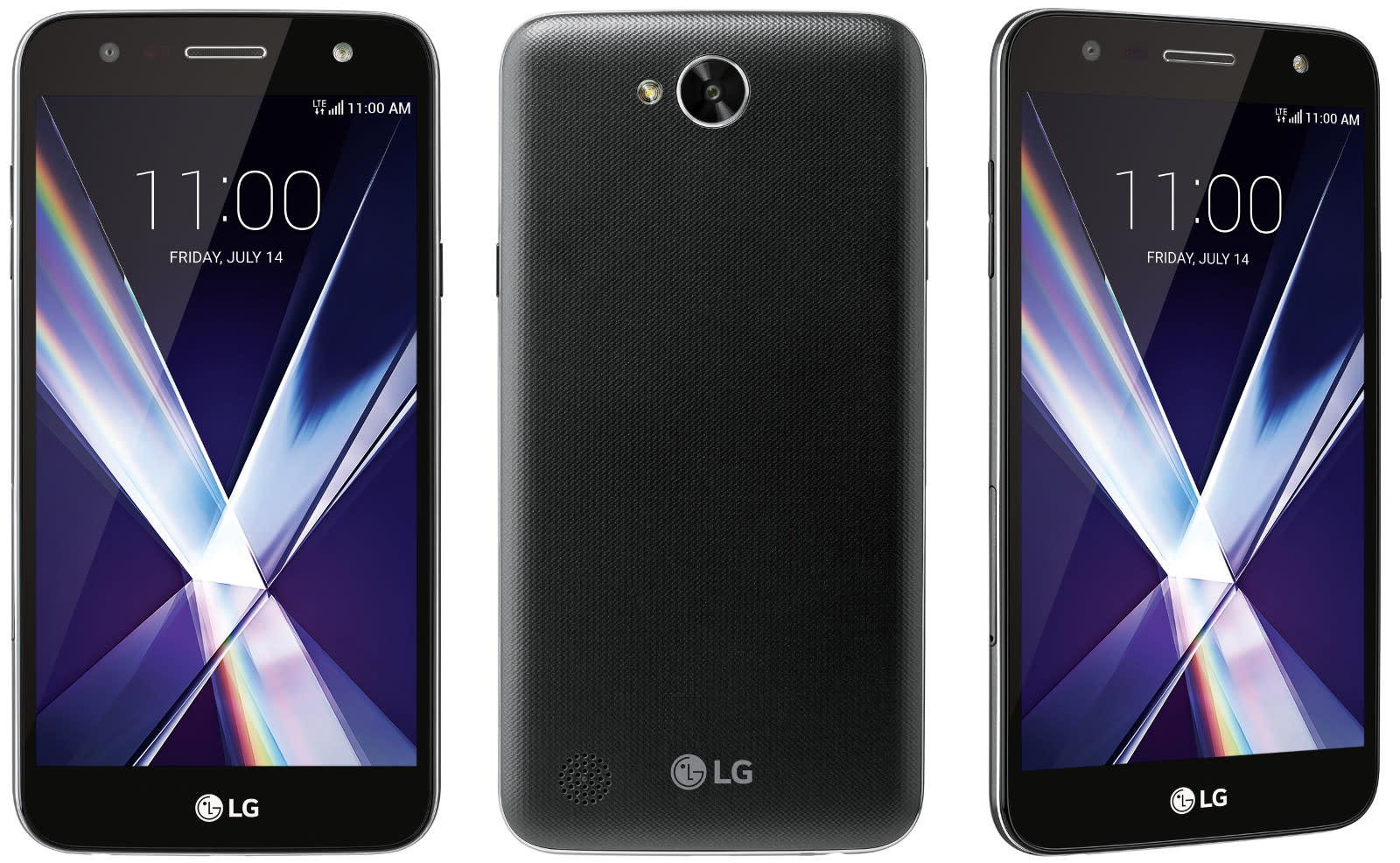 LG's new Android phone called X charge for Comcast's Xfinity Mobile service isn't a flagship by any means. Its specs won't be able to compete with your iPhone 7s and Samsung Galaxy S8s, but it has one particular feature that stands out: its massive 4,500mAh battery that's 1,000mAh bigger than the ones inside the Samsung Galaxy S8 Plus and the notorious Galaxy Note 7. LG says it can carry enough power to last all weekend -- if the X charge's battery isn't a dud like the Note 7's, that may very well be true. The S8 Plus lasted two days on a single charge when we reviewed it.

Massive battery aside, the phone's other components aren't as impressive. It has 2GB of RAM, 9.43 GB of usable storage space, a 13MP rear camera and a 5MP front one. X charge runs Android Nougat out of the box on a 1.4 GHz Quad-core processor. But hey, at least it has a 5.5-inch 1280x720-pixel screen, so you can take advantage of its lengthy battery life one way or another.

When the phone comes out on June 30th, it'll be one of Xfinity Mobile's very limited offerings. You can sign up for the company's wireless service for $45 per line for unlimited data or for $12 per Gig, but you'll have to be a Comcast Xfinity internet customer first. The X charge joins 12 other models on offer, most of which are iPhones and Galaxy S devices -- the only other LG phone is another low-end machine called the X power. If you could use the X charge's impressive battery life, you can get the phone for $180 or $7.50 per month for two years from Comcast's website.

In this article: comcast, gear, lg, lgxcharge, mobile, xcharge, xfinitymobile
All products recommended by Engadget are selected by our editorial team, independent of our parent company. Some of our stories include affiliate links. If you buy something through one of these links, we may earn an affiliate commission.