Microsoft made its AI work on a $10 Raspberry Pi

The aim is to make dumb things like fridges and sprinklers smart.

When you're far from a cell tower and need to figure out if that bluebird is Sialia sialis or Sialia mexicana, no cloud server is going to help you. That's why companies are squeezing AI onto portable devices, and Microsoft has just taken that to a new extreme by putting deep learning algorithms onto a Raspberry Pi. The goals is to get AI onto "dumb" devices like sprinklers, medical implants and soil sensors to make them more useful, even if there's no supercomputer or internet connection in sight.

The idea came about from Microsoft Labs teams in Redmond and Bangalore, India. Ofer Dekel, who manages an AI optimization group at the Redmond Lab, was trying to figure out a way to stop squirrels from eating flower bulbs and seeds from his bird feeder. As one does, he trained a computer vision system to spot squirrels, and installed the code on a $35 Raspberry Pi 3. Now, it triggers the sprinkler system whenever the rodents pop up, chasing them away.

"Every hobbyist who owns a Raspberry Pi should be able to do that," Dekel said in Microsoft's blog. "Today, very few of them can." The problems is that it's too expensive and impractical to install high-powered chips or connected cloud-computing devices on things like squirrel sensors. However, it's feasible to equip sensors and other devices with a $10 Raspberry Zero or the pepper-flake-sized Cortex M0 chip pictured above. 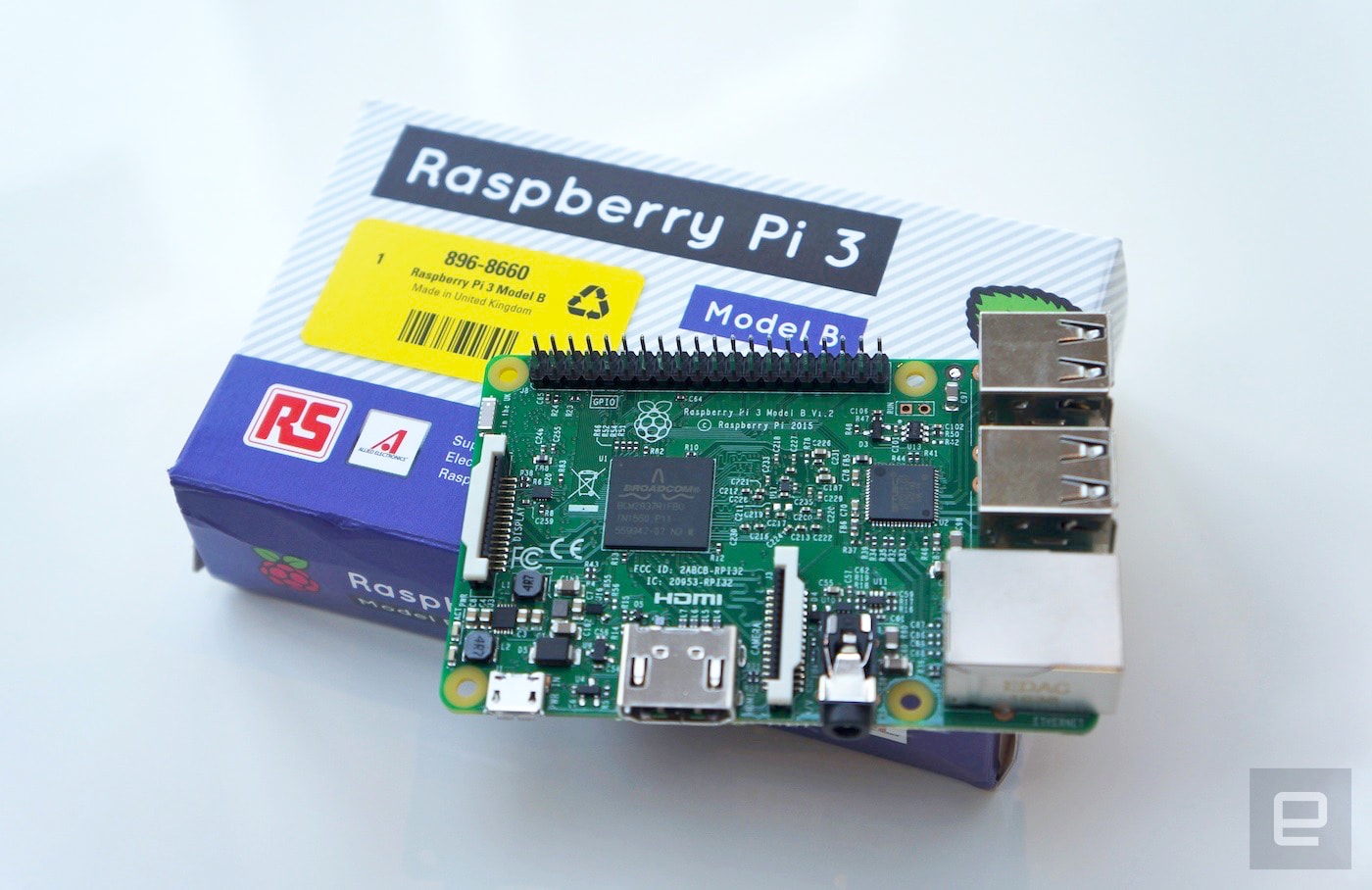 To make it work on systems that often have just a few kilobytes of RAM, the team compressed neural network parameters down to just a few bits instead of the usual 32. Another technique is "sparsification" of algorithms, a way of pruning them down to remove redundancies. By doing that, they were able to make an image detection system run about 20 times faster on a Raspberry Pi 3 without any loss of accuracy.

However, taking it to the next level won't be quite as easy. "There is just no way to take a deep neural network, have it stay as accurate as it is today, and consume 10,000 times less resources. You can't do it," said Dekel. For that, they'll need to invent new types of AI tech tailored for low-powered devices, and that's tricky, considering researchers still don't know exactly how deep learning tools work.

Microsoft's researchers are working on a few projects for folks with impairments, like a walking stick that can detect falls and issue a call for help, and "smart gloves" that can interpret sign language. To get some new ideas and help, they've made some of their early training tools and algorithms available to Raspberry Pi hobbyists and other researchers on Github. "Giving these powerful machine-learning tools to everyday people is the democratization of AI," says researcher Saleema Amershi.

All products recommended by Engadget are selected by our editorial team, independent of our parent company. Some of our stories include affiliate links. If you buy something through one of these links, we may earn an affiliate commission. All prices are correct at the time of publishing.
Microsoft made its AI work on a $10 Raspberry Pi
AI
DeepLearning
gear
MachineLearning
microsoft
RaspberryPi
robots