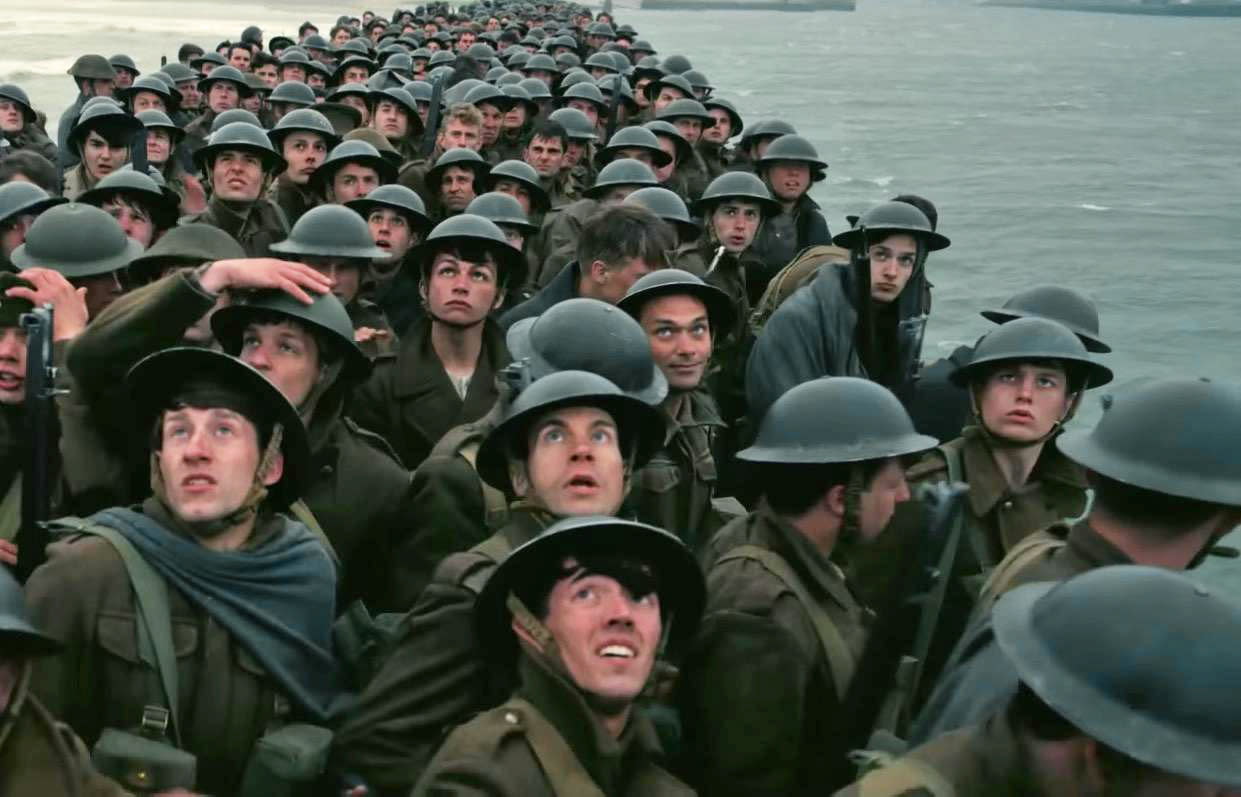 Christopher Nolan's WWII flick Dunkirk is getting the 70mm treatment and reportedly, it will have the widest release of any recent film using the format. According to Deadline, 125 theaters will show the film in 70mm, more locations than both Quentin Tarantino's The Hateful Eight and Nolan's Interstellar, which also had 70mm viewings.

In 2015, The Hateful Eight played in approximately 100 70mm-equipped theaters before its wide release. In order to show the film in that format, Tarantino and the Weinstein Company resurrected the cast-aside 70mm projection equipment, which is much more involved and challenging to work with compared to digital projection systems commonly used today. Nolan's Interstellar also played on 50 70mm-enabled IMAX theaters in 2014. Directors like Tarantino and Nolan like the 70mm format because of the different quality it gives to images on screen.

Warner Brothers bought the Hateful Eight 70mm projectors from the Weinstein Company for the Dunkirk viewings, tickets for which go on sale today. The film, which stars Tom Hardy, Kenneth Branagh and Harry Styles, opens July 21st and tickets for the regular viewings will be available on July 7th.

In this article: 70mm, av, ChristopherNolan, dunkirk, entertainment, film, imax, QuentinTarantino, WarnerBros, WeinsteinCompany, hidden:vv_3x4:8cdd4160-97e6-3e0d-ad94-9f5d7e321923
All products recommended by Engadget are selected by our editorial team, independent of our parent company. Some of our stories include affiliate links. If you buy something through one of these links, we may earn an affiliate commission.