Christopher Nolan’s ‘Dunkirk’ will be biggest 70mm release in years

Tarantino explains why he thinks 70mm is better than digital

Quentin Tarantino's 'The Hateful Eight' will premiere on 70mm film 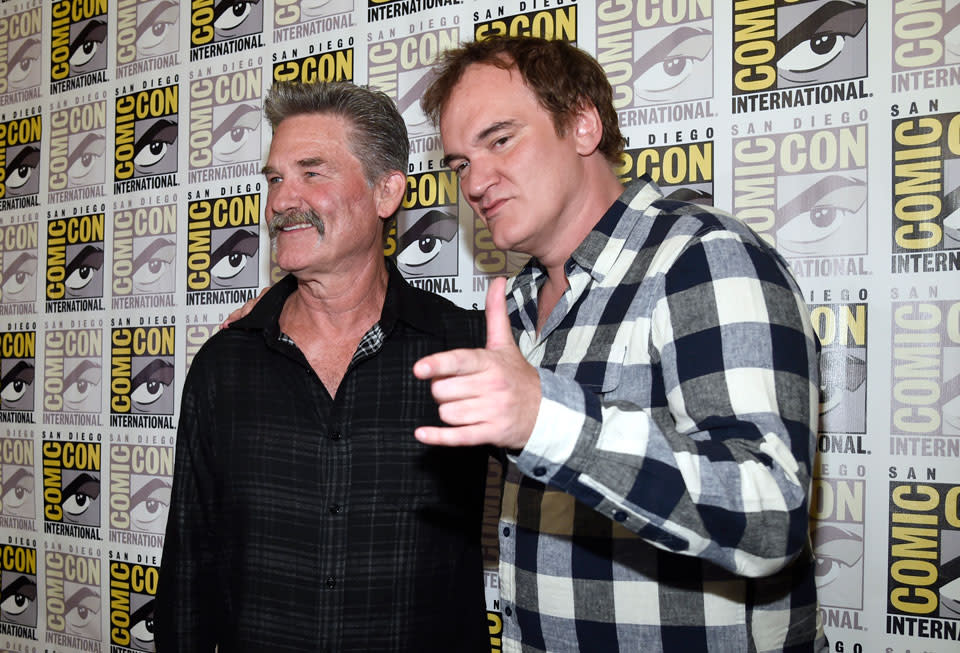 It's no secret that Quentin Tarantino prefers film over digital, and he's underscoring that point with the planned debut of The Hateful Eight. The director kicked off a San Diego Comic-Con panel with a video revealing that his Western was not only shot on giant 65mm film, but will screen in 70mm film before any other format. This will be a roadshow-style release where 100 theaters will put on a special show that might even recall the golden era of film, with overtures and intermissions. It'll expand to other formats after two weeks.

As for why Tarantino didn't go with smaller film stock? He argues that 70mm is good not just for dramatic outdoor vistas, but also for indoor scenes. It makes them "more intimate [and] more vital," which is important when The Hateful Eight is mostly set in one building in Wyoming. Tarantino adds that he also saw 70mm as a bargaining chip that would keep his movie on film. "I figured if I shoot in 70, they'll have to release it in 70," he says.

Not that he's completely averse to joining the modern era. At the Comic-Con panel, he explained that he saw digital projection as "HBO in public." If he eventually has no choice but to shoot in a TV-like digital medium, he might as well cut the middleman and produce for TV. It's just as well, he adds -- this would give him an opportunity to shoot larger stories instead of cutting things down for the movie theater. There's no indication that Tarantino is about to make a career switch (he notes that any talk of him calling it quits is premature), but you now know where he'd go if celluloid went away.

In this article: 70mm, film, hatefuleight, hdpostcross, movies, panavision, QuentinTarantino, sandiegocomiccon, sdcc2015, television, thehatefuleight, tv
All products recommended by Engadget are selected by our editorial team, independent of our parent company. Some of our stories include affiliate links. If you buy something through one of these links, we may earn an affiliate commission.