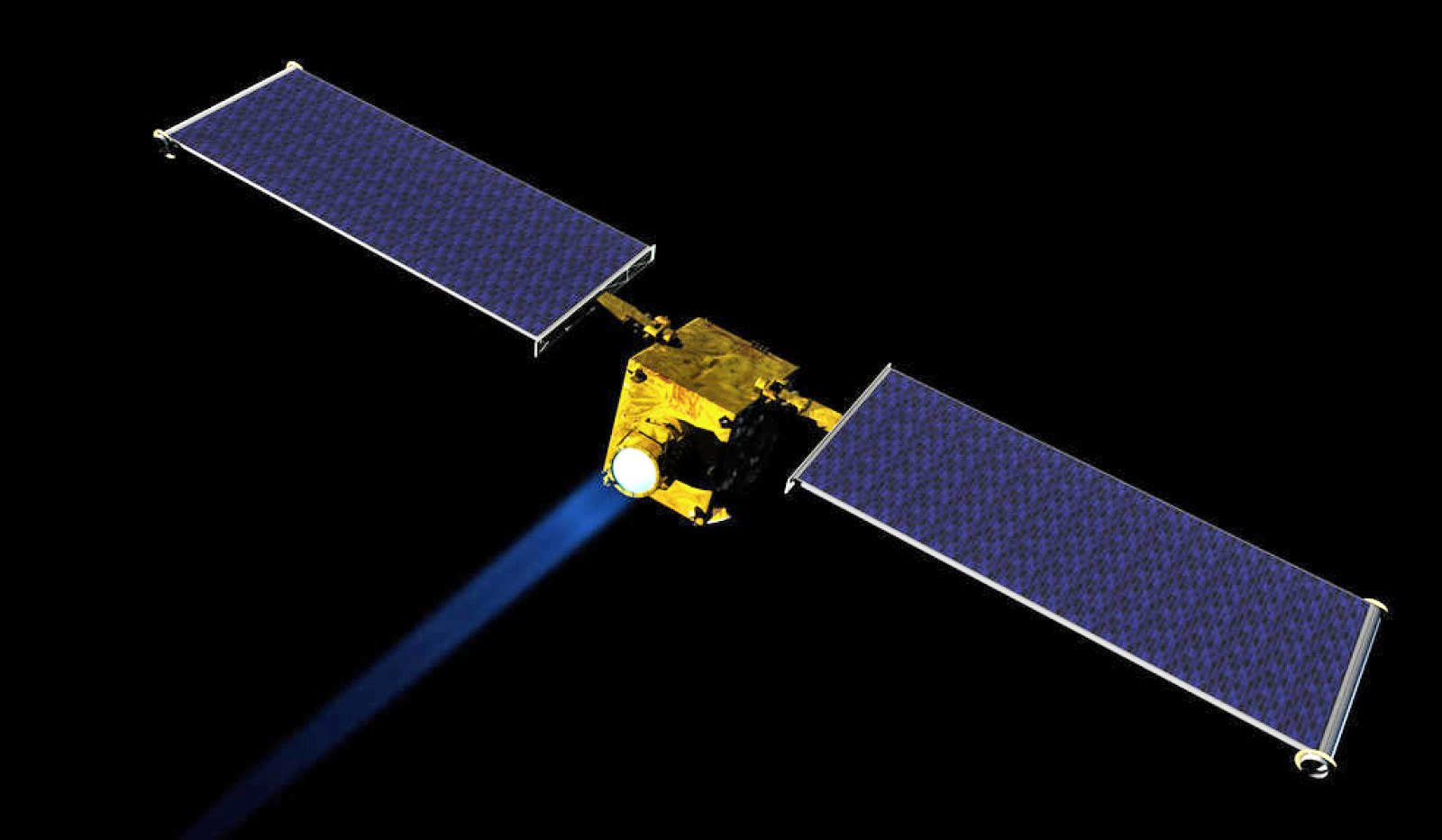 NASA is one step closer to testing its proposed line of defence against the threat of a potential asteroid impact on Earth. The "kinetic impactor technique" essentially involves smashing a spacecraft into an asteroid to bounce it away from the Earth. Which sounds a lot saner than the plan hatched in Armageddon of sending oil drillers and a nuclear bomb.

Now entering its design phase, the Double Asteroid Redirection Test (DART) would be NASA's first-ever trial of the method. DART's target is a binary asteroid with two bodies known as Didymos* that will pass safely by Earth in 2022, and again in 2024. NASA's refrigerator-sized spacecraft will smash into the smaller of the two asteroids, Didymos B (160 metres in size), which is orbiting the larger Didymos A (780 metres in size). DART will hurtle into Didymos B at a speed of 3.7 miles per second -- nine times faster than a bullet -- causing it to shift its orbit.

"A binary asteroid is the perfect natural laboratory for this test," said Tom Statler, program scientist for DART at NASA. "The fact that Didymos B is in orbit around Didymos A makes it easier to see the results of the impact, and ensures that the experiment doesn't change the orbit of the pair around the sun."

Small asteroids strike the Earth almost daily, but the majority remain harmless, breaking up in the upper atmosphere. Just last month, NASA held "Asteroid Day," its annual event to encourage the public to learn more about about both non-threatening and threatening space rocks. The festivities took place on June 30 to mark the anniversary of the Tunguska incident, which saw a 122-metre wide asteroid wipe out over 770 square miles of remote Russian forest near the Stony Tunguska River in Siberia. The explosion remains the most powerful in documented history, producing 185 times more energy than the Hiroshima atomic bomb.

NASA has already located 93 percent of objects big enough to cause global impacts. And, thanks to DART, it may soon have a planetary defence mechanism that can actually prevent them from wiping us out.

In this article: space, tomorrow, hidden:vv_3x4:a593fde4-8bb3-3c73-8ea6-b02e233ee313
All products recommended by Engadget are selected by our editorial team, independent of our parent company. Some of our stories include affiliate links. If you buy something through one of these links, we may earn an affiliate commission.