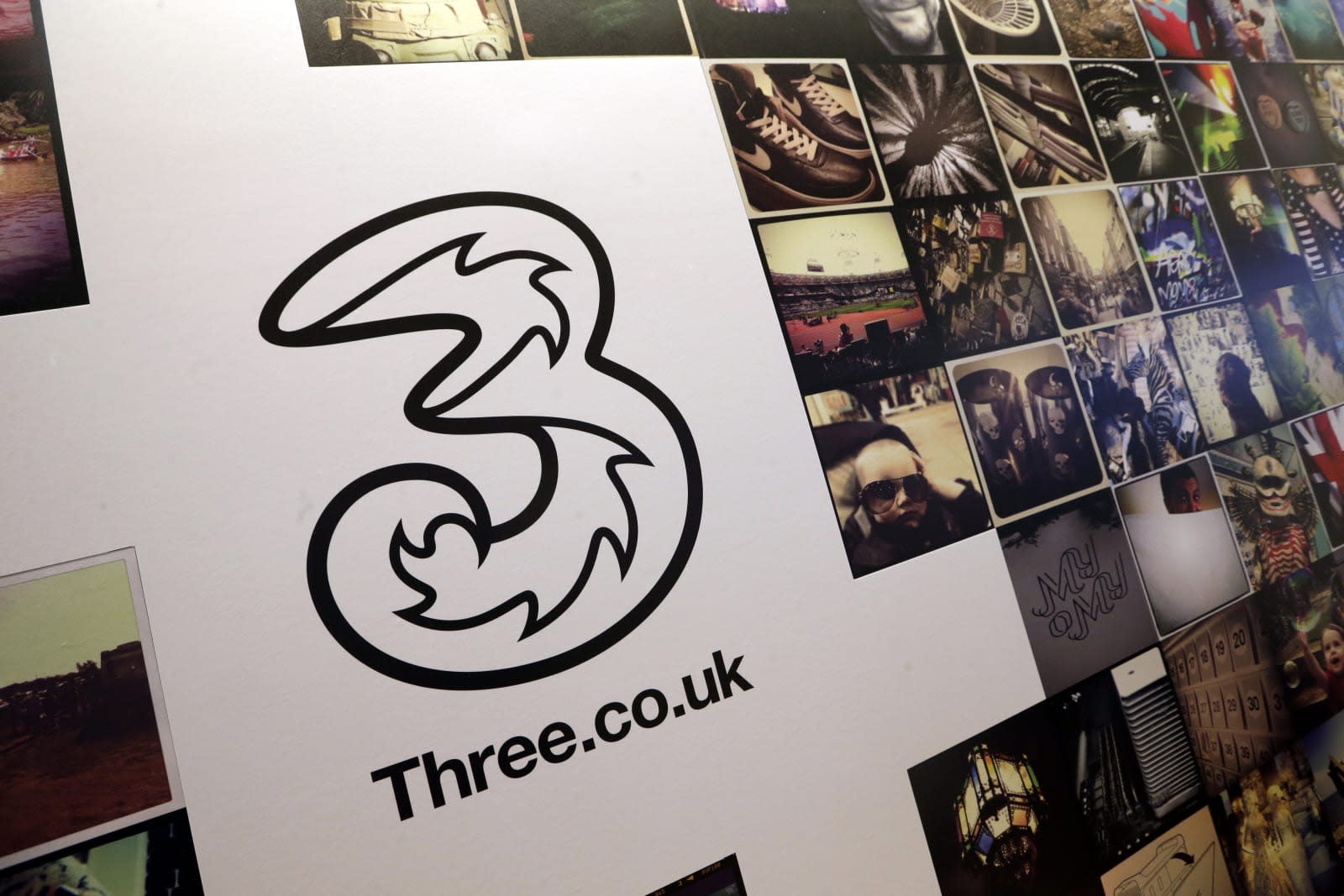 To better compete with EE, Vodafone and O2, Three is introducing a zero-rating scheme in the UK. The network operator has teamed up with Netflix, TVPlayer, Deezer and SoundCloud to offer inclusive streaming with select mobile contracts. So when you watch or listen to these services on the go, they won't count towards your monthly data cap. The move, while contentious for net neutrality advocates, will no doubt be welcomed by consumers. There is, however, a pretty big catch: to take advantage of the new perk, you'll need to upgrade to a "Go Binge" plan, which Three admits will be slightly more expensive than your current, equivalent contract.

New customers who take out a Go Binge plan will have the 'free' streaming enabled by default. It will, however, be possible to opt out too. At the moment, it's unclear how much these new plans will cost. Three has confirmed, however, that the option will be eligible for "Advanced" subscribers with a 4GB or higher data allowance. Once enabled, you'll be granted "all-you-can-eat" streaming for the four services, removing the fear of unexpected data charges (at least while you're using these apps.)

"We know that from our extensive insight that bingeing on content has become part of everyday life, yet people have been unable to do that on the go as much as they would like due to fears of exceeding data limits," Dave Dyson, chief executive of Three said. "With Go Binge we are the first network in the UK to give people the freedom to use their data to stream their favourite shows and music without any boundaries and without worrying about restrictive data allowances and charges."

Zero-rating is controversial because it encourages customers to choose certain sites and services over others. Net neutrality advocates, by comparison, believe all data should be treated equally on any given network. If certain apps are "free" to access, the fear is that others, even if they offer a superior experience, will be stamped out before they can bloom. Bigger, established companies effectively 'pay to win', pushing out any potential rival before it can pose a threat. That's the argument, anyway.

Zero-rating and its impacts are still being debated by legislators. In Canada, for instance, a zero-rating scheme was recently banned by the Canadian Radio-television and Telecommunications Commission. In the US, however, the FCC has dropped its investigations into T-Mobile, AT&T and Verizon's zero-rating schemes. That sudden change is a reflection of the Commission's new leadership; Ajit Pai, appointed in January, has long campaigned for lighter regulations and called net neutrality protections introduced under President Obama's administration a "mistake."

In Europe, the issue is equally murky. Rules enforced by the Body of European Regulators for Electronic Communications (BEREC) state that zero-rating projects will be assessed on a case-by-case basis, based on their impact on innovation. The practice hasn't been banned outright, however. At a launch event for Go Binge, a spokesperson for Three said: "We are fully compliant with the net neutrality rules. We recognise and respect the rules that are in place." He added that Go Binge was an "open platform" and that other companies could and would join the scheme. Netflix, SoundCloud, Deezer and TVPlayer weren't preferred, but merely the first of many.

In this article: deezer, entertainment, internet, mobile, musicstreaming, netflix, netneutrality, soundcloud, three, threeuk, tvstreaming, zerorating
All products recommended by Engadget are selected by our editorial team, independent of our parent company. Some of our stories include affiliate links. If you buy something through one of these links, we may earn an affiliate commission.