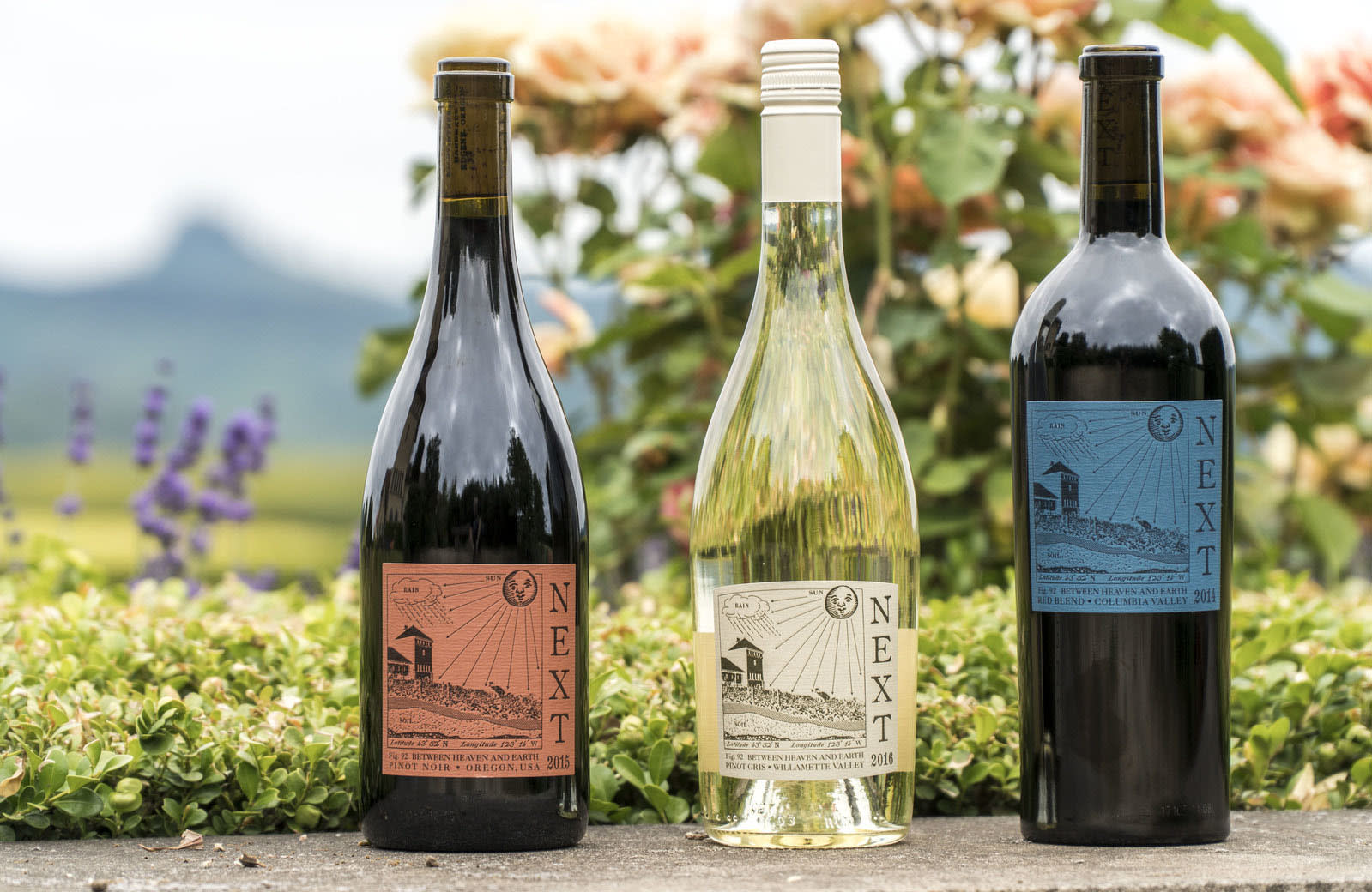 "Alexa, get me some wine and make it the good stuff!" Amazon has revealed a new brand of wine called Next, from the King Estate Winery, that's "the first wine ever developed from conception to release with Amazon Wine," the company said. If you're expecting some bargain hooch, think again: The three wines, a white, red blend and red, cost an impressive $20, $30 and $40, respectively.

King Estate Winery launched a whole new division called King Vintners that created Next. It will eventually produce four more brands alongside Next, though it didn't say whether those will also launch on Amazon Wine. The company specializes in organic, limited production wines and calls itself "the kings of Pinot since 1991."

Amazon Wine's Nick Loeffler said "We're thrilled to connect wineries, like King Estate, with millions of customers and give them an innovative format to launch new brands." The Next brand will also be offered on Amazon and King's own website, but no one has said if or when it will also be available in wine stores or elsewhere.

Amazon is pretty serious about wine, probably because about $38 billion worth of the fermented grapes were sold in the US in 2015, outstripping sales even in France (to be fair, America does have nearly five times the population). In Japan, another wine-mad country, it even has free sommeliers on call to let you know whether your wine has hints of tobacco or cherries, and which foods to pair with your purchase.

"When people lived in the same village [as the winemaker], the wines and cuisine developed together," King Estates' Ed King III says. "We're launching Next on Amazon to re-establish the connection between winemaker and wine lover in today's 'digital village.' " That sounds great and it should give the estate a serious boost in profile, as long as they bear in mind that working with Amazon isn't always easy."

Update: Despite the press release stating "NEXT is the first wine ever developed from conception to release with Amazon Wine," Amazon tells Engadget this isn't exactly the case. NEXT was developed solely by King Estate and Amazon Wine is the launch partner. The only two places you can buy these three wines is through the winery or from Amazon right now. We've updated this post to reflect the clarification.

In this article: amazon, food and drink, food-and-drink, foodanddrink, gear
All products recommended by Engadget are selected by our editorial team, independent of our parent company. Some of our stories include affiliate links. If you buy something through one of these links, we may earn an affiliate commission.