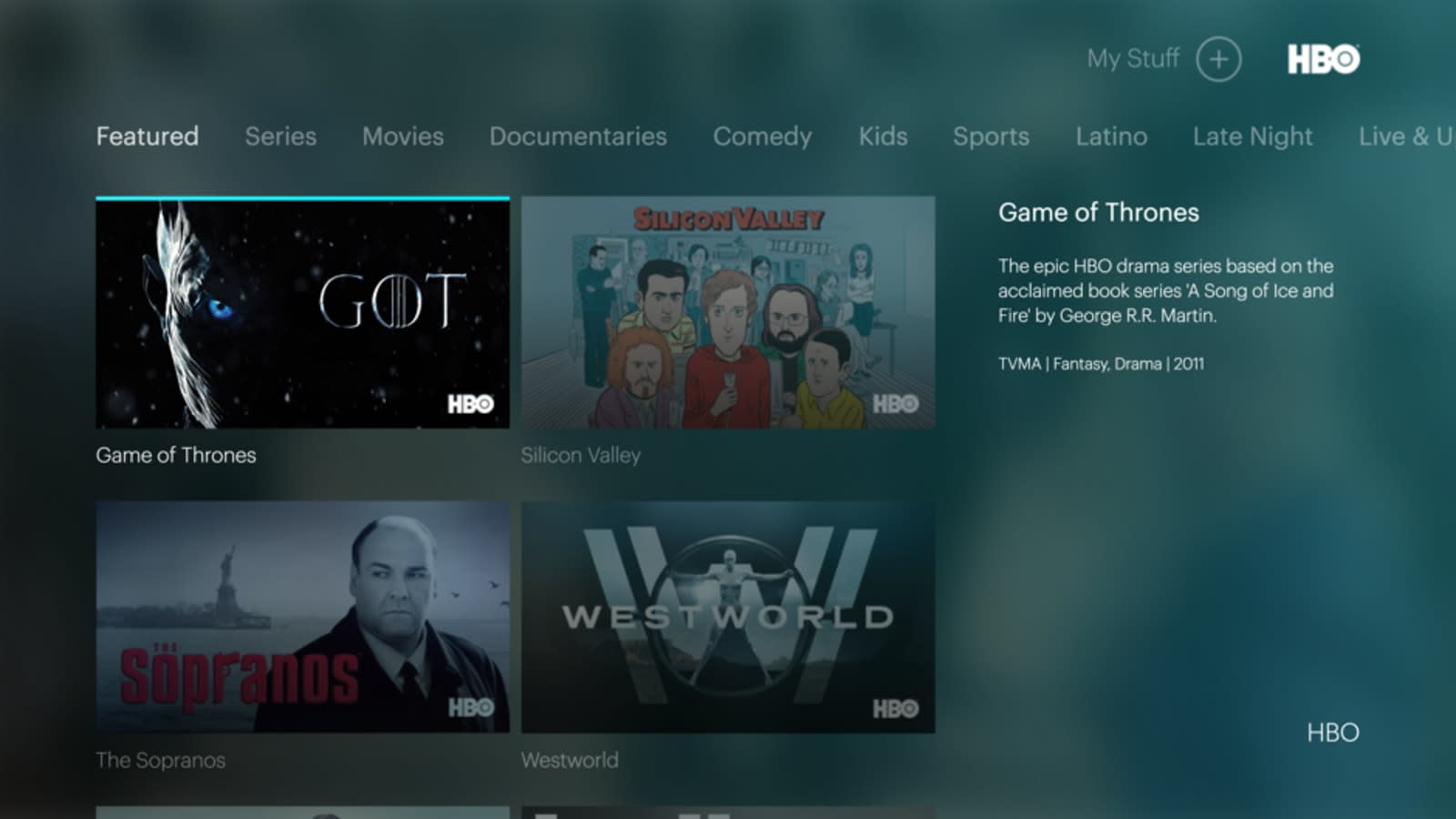 Hulu is trying to become your one-stop shop for streaming TV, and they've taken another step in that direction. Today, the streaming service announced they've added HBO and Cinemax to their lineup.

In 2015, Hulu made Showtime available to its subscribers for $9/month ($2 less than other platforms). It's worth noting, though, that there's no such discount with this current deal. Subscribers will pay $14.99/month for HBO and $9.99 per month for Cinemax, like they will anywhere else. Any Hulu subscriber, regardless of tier, will have the option to subscribe to these channels.

Another caveat: The subscriptions are only available on devices with the updated Hulu experience, which include the fourth generation Apple TV, Xbox One, iOS and Android. The subscriptions will include access to on-demand content, and viewers will have access to both east and west coast live feeds of HBO and Cinemax in coming weeks. HBO subscribers will also be able to watch the network's broad range of channels, from HBO 2 to ActionMAX HD, live.

It may appear that there's no advantage to signing up for HBO or Cinemax through Hulu, as there's no price reduction. But if their Live TV service (currently in Beta for $39.99 per month) takes off, it becomes a much more attractive proposition. As the fight to win cable cord cutters escalates, Hulu just made itself a little more attractive with its range of offerings.

In this article: cinemax, entertainment, hbo, hulu, internet
All products recommended by Engadget are selected by our editorial team, independent of our parent company. Some of our stories include affiliate links. If you buy something through one of these links, we may earn an affiliate commission.