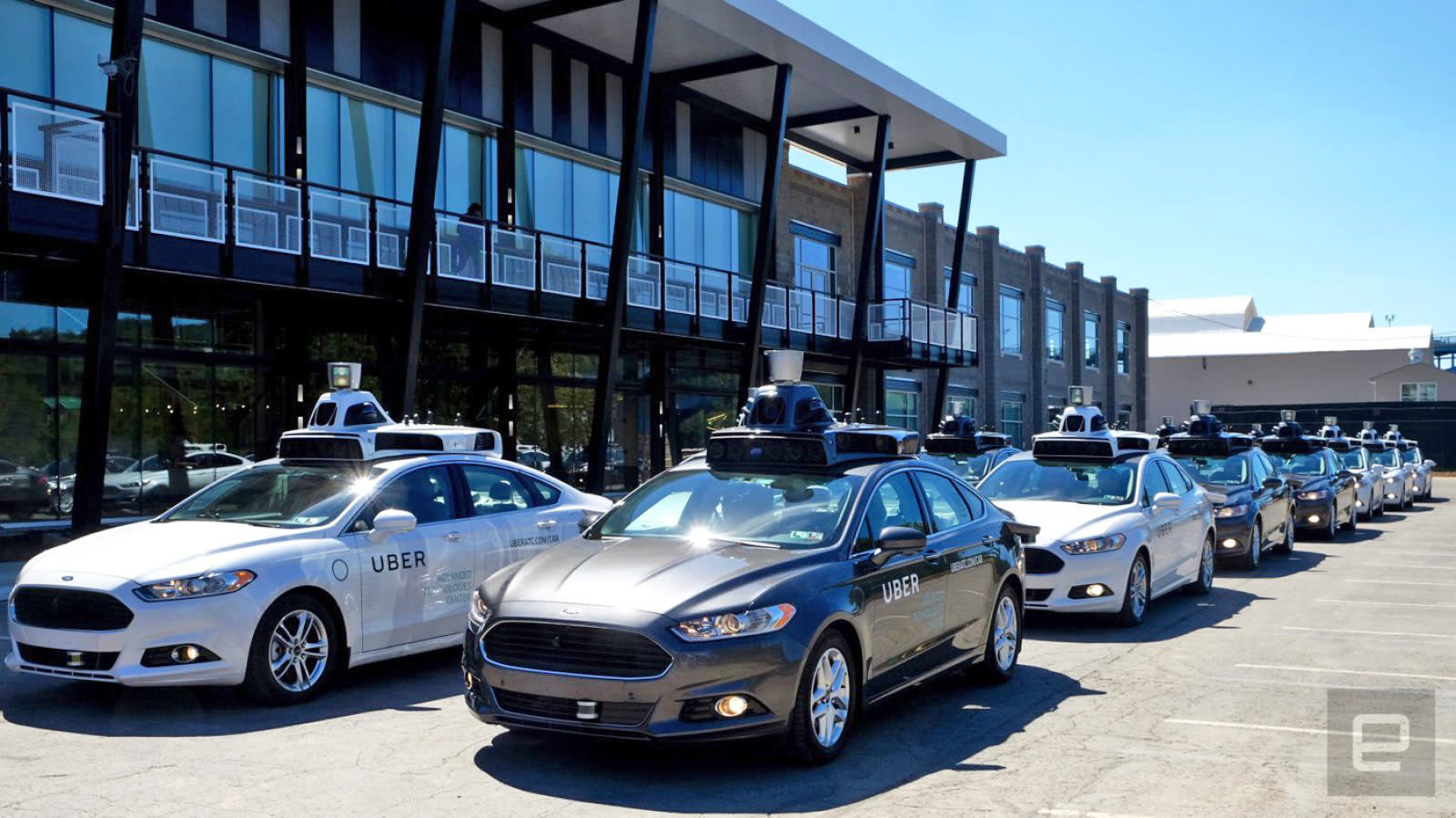 The patents are not actually Waymo's main concern in this lawsuit -- the company claims Uber stole trade secrets relating to its self-driving LiDAR technology when it hired former Alphabet employees last year. Waymo says former self-driving leader Anthony Levandowski downloaded more than 14,000 confidential design files before leaving Alphabet and founding his own self-driving start-up, which was swiftly bought out by Uber.

US District Judge William Alsup asked Waymo in June to streamline its case from 121 claims of trade-secret theft to fewer than 10, so as not to overwhelm a jury. He even suggested Waymo drop the patents from its case entirely.

"We found after fighting for discovery a device created by Anthony Levandowski at Uber that infringed Waymo patents," a Waymo spokesperson tells Engadget. "Uber has assured the court in statements made under penalty of perjury that it no longer uses and will not use that device, so we have narrowed the issues for trial by dismissing the patent claims as to that device, with the right to re-file suit if needed. We continue to pursue a patent claim against Uber's current generation device and our trade secret claims, which are not at all affected by this stipulated dismissal. We look forward to trial."

Uber, meanwhile, is framing Waymo's move as a win.

"Waymo's retreat on three of their four patent claims is yet another sign that they have overpromised and can't deliver," an Uber spokesperson says. "Not only have they uncovered zero evidence of any of the 14,000 files in question coming to Uber, they now admit that Uber's LiDAR design is actually very different than theirs. Faced with this hard truth, Waymo has resorted to floating conspiracy theories not rooted in fact, doing everything they can to put the focus on sensation rather than substance."

While Alsup said Waymo's patent claims were not "worth the salt," the Judge has said the company's trade-secret case has legs.

"The bottom line is the evidence indicates that Uber hired Levandowski even though it knew or should have known that he possessed over 14,000 confidential Waymo files likely containing Waymo's intellectual property; that at least some information from those files, if not the files themselves, has seeped into Uber's own LiDAR development efforts; and that at least some of said information likely qualifies for trade secret protection," he said in a decision.

Uber claims Levandowski downloaded those 14,000 files during a dispute with Waymo over his bonus. "Uber believes that the downloading was done in relation to Levandowski's employment at Google, specifically to ensure the expected payment of Levandowski's $120 million bonus from Google," Uber said in a June 28th filing. "Of that total bonus, approximately $50 million was payable as of October 2015, but was paid in late December 2015, and approximately $70 million was paid in August 2016."

Update: Uber is free to call Google co-founder Larry Page for testimony during the trial, and the company plans to ask him about a one-on-one meeting he had with Levandowski. The pair apparently discussed Levandowski's desire to build self-driving trucks at Alphabet or his own company. Uber can also depose Google Chief Legal Officer David Drummond, though only if Waymo calls him as a witness.

US Magistrate Judge Jacqueline Scott Corley concludes the decision to allow these depositions as follows:

"Waymo argues that given that potential deponents are high-level executives they have limited availability. The Court notes that Waymo has demanded that the United States District Court for the Northern District of California expend enormous resources to resolve myriad disputes on an expedited basis, on the grounds that this case is especially important. Given that position, the Court expects that Waymo's executives could take time out of their schedules to sit for a deposition, assuming they have relevant non-repetitive information."
In this article: alphabet, autonomous, business, design, google, SelfDrivingCar, tomorrow, transportation, uber, waymo
All products recommended by Engadget are selected by our editorial team, independent of our parent company. Some of our stories include affiliate links. If you buy something through one of these links, we may earn an affiliate commission.