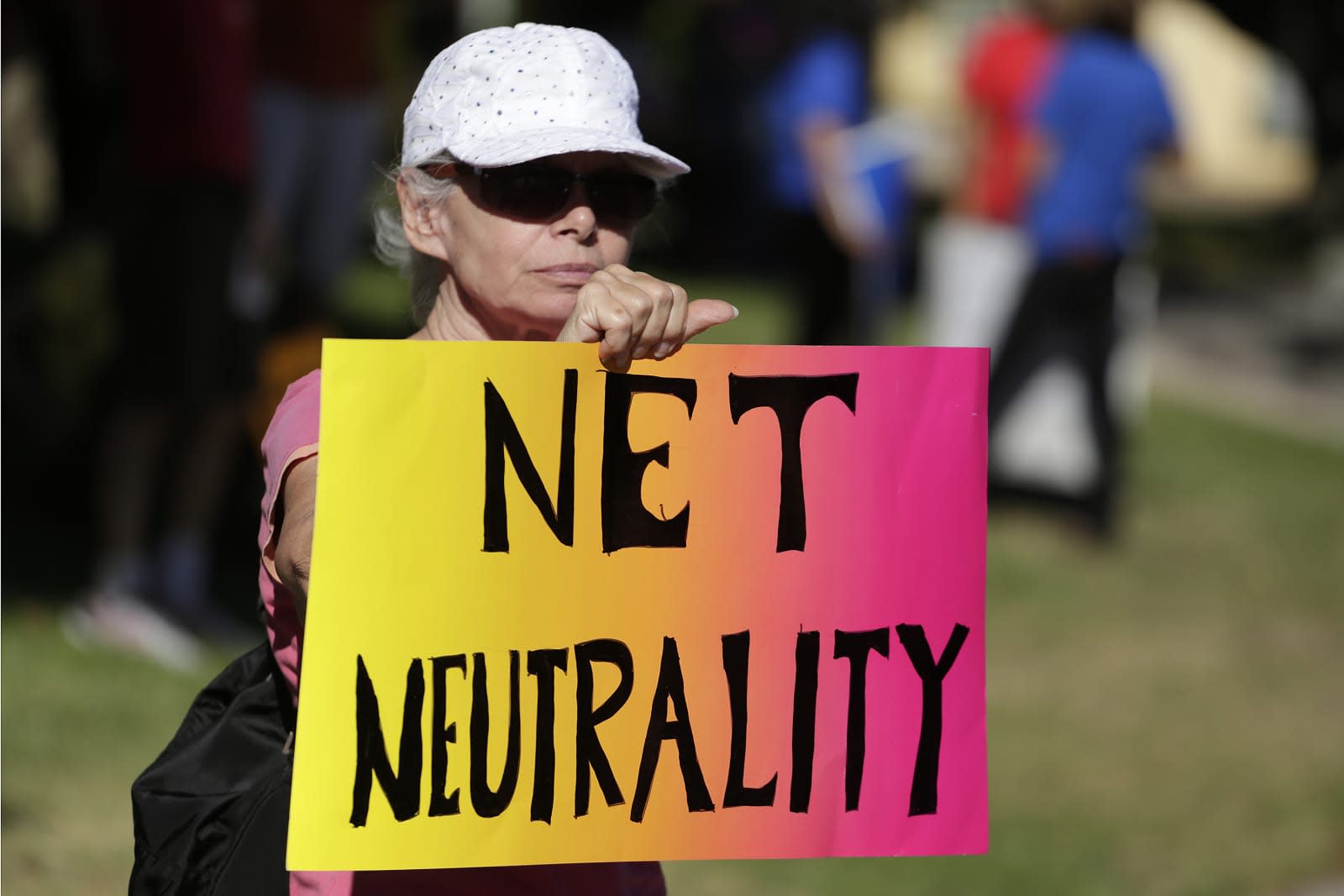 July 12th has been declared a "day of action" on the topic of net neutrality. The non-profit group Battle for the Net's event has been backed by a range of tech companies and advocates, including Amazon, the ACLU, Etsy, Kickstarter, the Electric Frontier Foundation, Mozilla, Vimeo, Greenpeace and Reddit. The protest comes as the FCC seems to want to destroy net neutrality, and will now be supported by two previously silent technology giants, Facebook and Google, according to a report in Forbes.

Having both big internet players stepping up to the net neutrality debate could be crucial to avoiding an FCC-led crash and burn. While neither company told Forbes what their specific plans were, both Facebook and Google confirmed participation in the event. We've reached out to both and will update this post when we hear back.

In this article: dayofaction, facebook, fcc, gear, google, internet, netneutrality, politics, TL17NTNEUT
All products recommended by Engadget are selected by our editorial team, independent of our parent company. Some of our stories include affiliate links. If you buy something through one of these links, we may earn an affiliate commission.