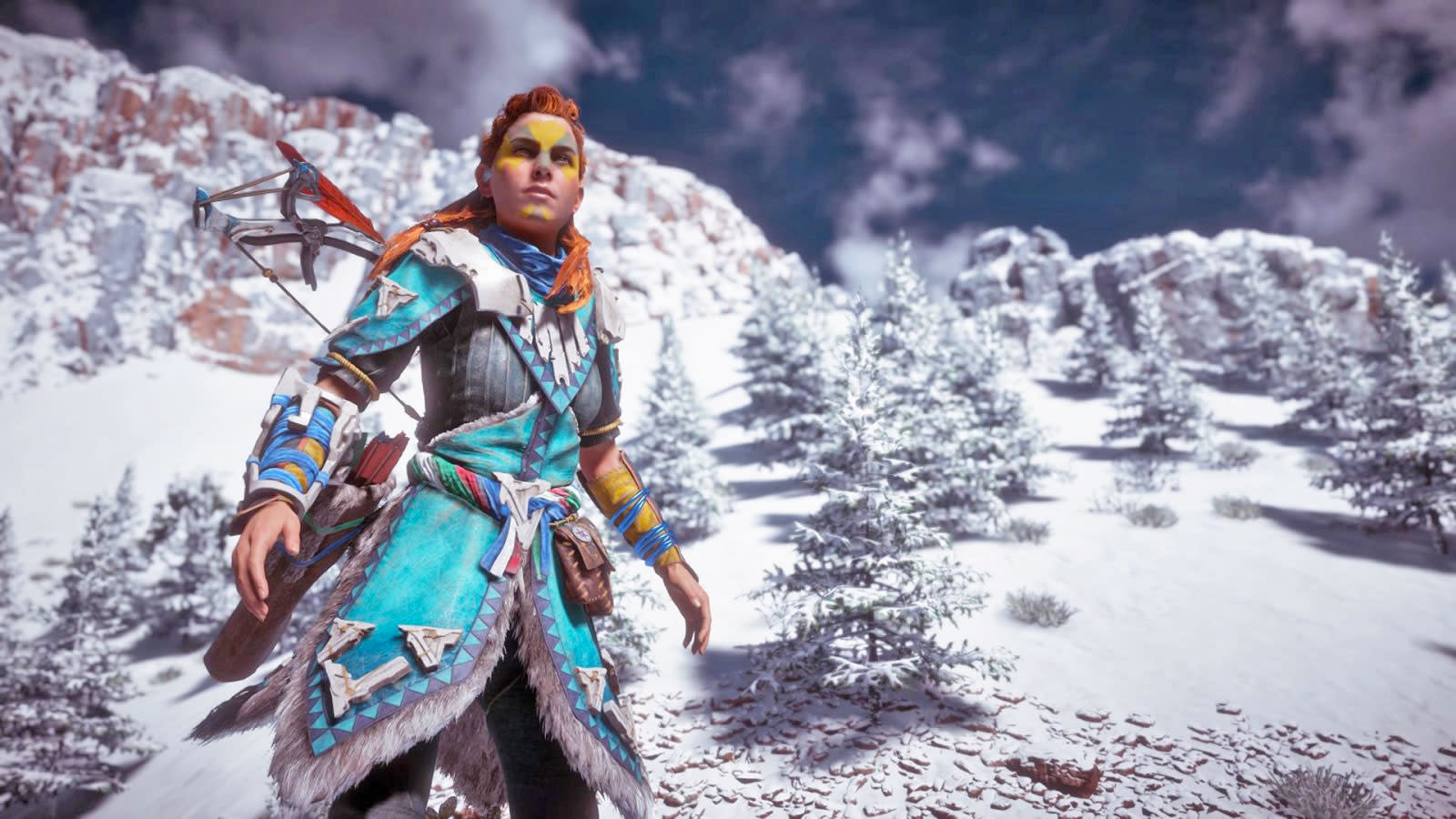 The team behind the popular open world game Horizon Zero Dawn announced an expansion pack called The Frozen Wilds last month, but that's not all they have up their sleeve. Today, they released patch 1.30 for the game, which introduces some exciting new features.

The most eagerly anticipated addition is a New Game+ option. Now, players can start a new game without losing their character skills or their inventory. It's worth noting, though, that while you can continue to collect XP beyond the level of 50, characters' progressions are capped at that level. New Game+ also introduces additional unlockable content, including new trophies, face paint and the ability to change Aloy's focus.

Additionally, Horizon Zero Dawn is introducing an Ultra Hard difficulty level. While players will normally be able to choose a lower difficulty level when embarking on New Game+, those who select Ultra Hard will be locked into it for their New Game+.

Of course, the patch also includes bug fixes and other small enhancements. The addition of New Game+ will likely excite the game's many fans; hopefully it's enough to keep players hooked until The Frozen Wilds releases later this fall.

In this article: av, gaming, horizonzerodawn, playstation, sony
All products recommended by Engadget are selected by our editorial team, independent of our parent company. Some of our stories include affiliate links. If you buy something through one of these links, we may earn an affiliate commission.