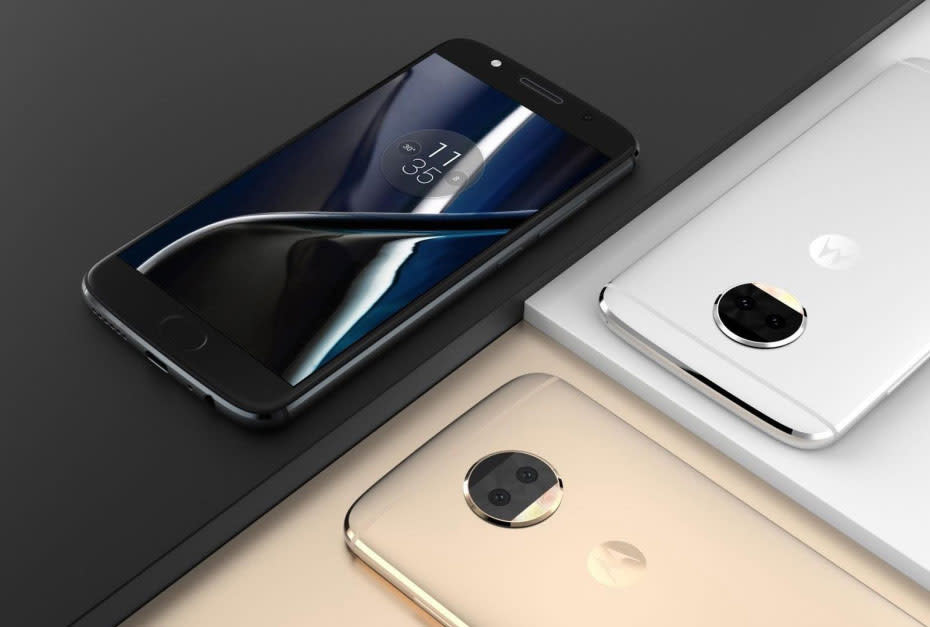 Marketing material for Motorola's upcoming Moto G5S Plus found its way over to VentureBeat and it looks like the model's getting a couple of upgrades. For starters, unlike the G5 and G5 Plus, which have all-plastic frames with a sheet of thin metal glued to their backs, the G5S Plus frame is made from anodized aluminum -- a major departure from the Moto G's roots. The phone's display is also getting bumped up to 5.5 inches.

The biggest change though is the phone's camera setup. Both versions of the G5 had single rear cameras, but the G5S Plus will reportedly have a dual rear camera module with 13-megapixel sensors for both color and black-and-white imaging. The front-facing camera is also getting upgraded to 8 megapixels from the G5's and G5 Plus' 5 megapixels.

It's a bit surprising that the new Moto G version is being released so soon after the G5 and G5 Plus, but it's likely to be just one of a few phones expected to be discussed at Motorola's recently announced July 25th launch event. Other anticipated models that may be a part of the event include the non-Plus G5 special edition, the Moto X4 and the Moto Z2 Force.

In this article: design, lenovo, mobile, motog5, motog5plus, motog5splus, Motorola
All products recommended by Engadget are selected by our editorial team, independent of our parent company. Some of our stories include affiliate links. If you buy something through one of these links, we may earn an affiliate commission.