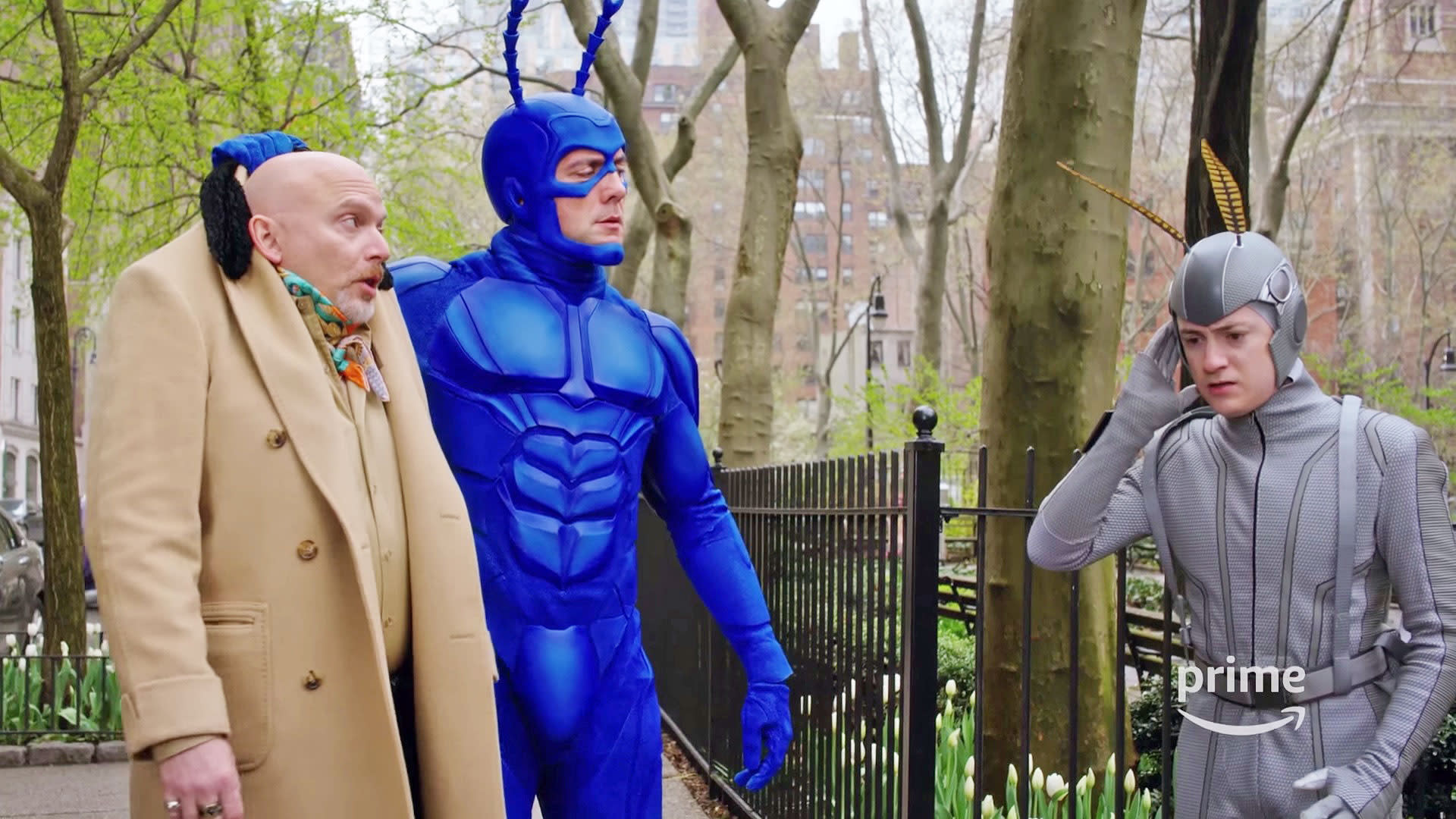 It's been over two decades since the idiosyncratic comic The Tick was successfully adapted into three seasons of a Saturday morning cartoon, but its first live-action TV version a few years later was tragically cancelled after nine episodes. Amazon decided to give the idea another go by greenlighting a new take on The Tick last fall after its first trial episode survived the platform's viewer voting pilot period. The first trailer for the bizarre blue bug's new show dropped -- along with a release date, August 25th, when it will be available to Amazon Prime members.

The show will focus on mild-mannered Arthur Dent, a reluctant hero who dons a winged costume to pair up with the clueless yet indestructible Tick and fight crime. Amazon's version looks to lean into the weird humor of its predecessors with a cast of violent villains opposite the Odd Couple protagonists; Whether it reaches for the zany heights of the cartoon or the surreal comedy of the first live-action version is anyone's guess. It's too early to tell how the show will flesh out, but the first six episodes will drop on August 25th, with the second half of the season arriving in early 2018.

In this article: amazon, AmazonPrimeVideo, AmazonVideo, av, entertainment, thetick, TvSeries
All products recommended by Engadget are selected by our editorial team, independent of our parent company. Some of our stories include affiliate links. If you buy something through one of these links, we may earn an affiliate commission.