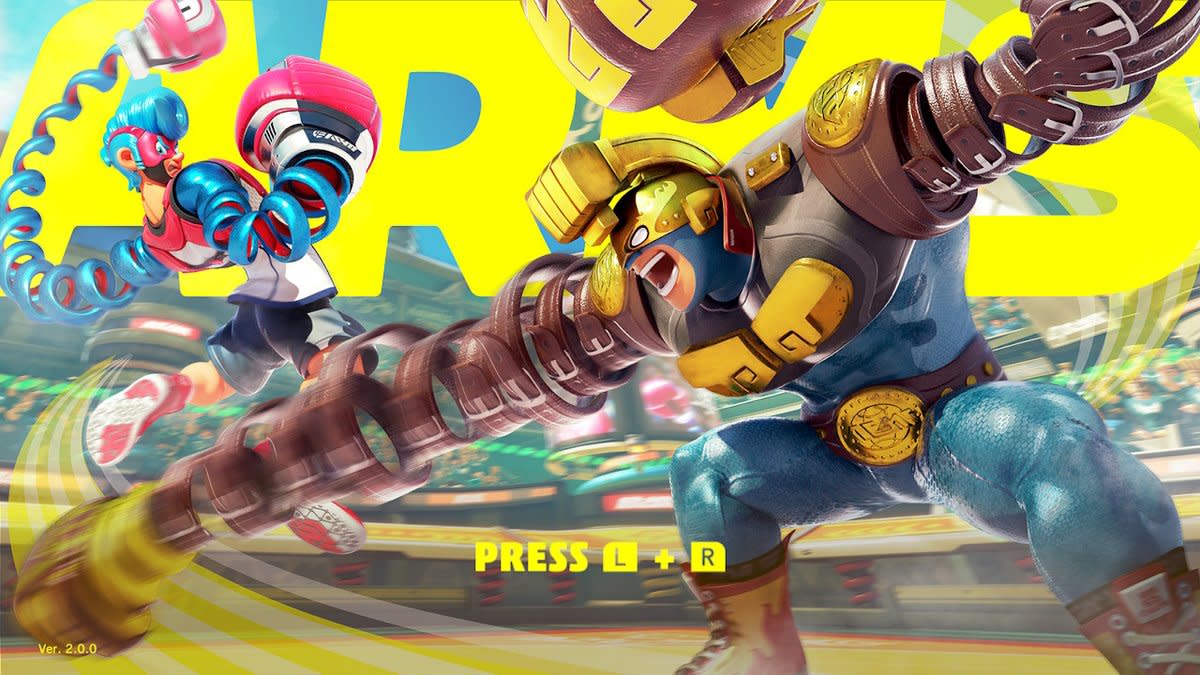 While we're big fans of Nintendo's springy-armed fighter at Engadget, the one criticism we had of the Switch exclusive brawler was that it was a bit lacking in content. Now, with today's game's first major free DLC – it looks like Nintendo is trying to change that. Arms 2.0 is now live, bringing with it a slew of free content including a brand new character, an additional mode, extra arms and even another stage to brawl in. Players may recognize the latest addition to the roster, as the new fighter is one of the hard-hitting bosses from the game's Grand Prix mode -- Max Brass. In addition to being able to fight as him, players will also be able to battle it out on Brass' stage too, Skyloft Arena.

Not wanting to leave out Arms' other main boss -- Hedlok -- Nintendo has opted to put the metallic head front and center, giving him the starring role in new versus mode, Hedlok Scramble. Here, players duke it out for a chance to grab a moving capsule containing a Hedlok mask, temporarily transforming them into the big bad boss himself.

Aside from these major new additions, the update also introduces three new arms for you to experiment with: the Nade, Roaster and Kablammer. Competitive players will also be relieved to hear that the controversial Snake Park stage (an arena which sees fighters brawling on giant spinning tops) has now been completely removed from Ranked mode. In another nice touch, your stats are now tracked on the home screen, revealing how accurate you are with certain arms and even allowing you to see who your favorite fighters are. The 2.0 update also comes with a cool new title screen for you to drool over, too, as well as giving you the option to sign up for official online Arms events.

Like with Splatoon before it, Nintendo promises that this update is just the first part of Arms' free content rollout. With the game living and dying on its multiplayer component, let's hope that future DLC drops will be just as meaty.

In this article: arms, av, gaming, nintendo, nintendo switch
All products recommended by Engadget are selected by our editorial team, independent of our parent company. Some of our stories include affiliate links. If you buy something through one of these links, we may earn an affiliate commission.