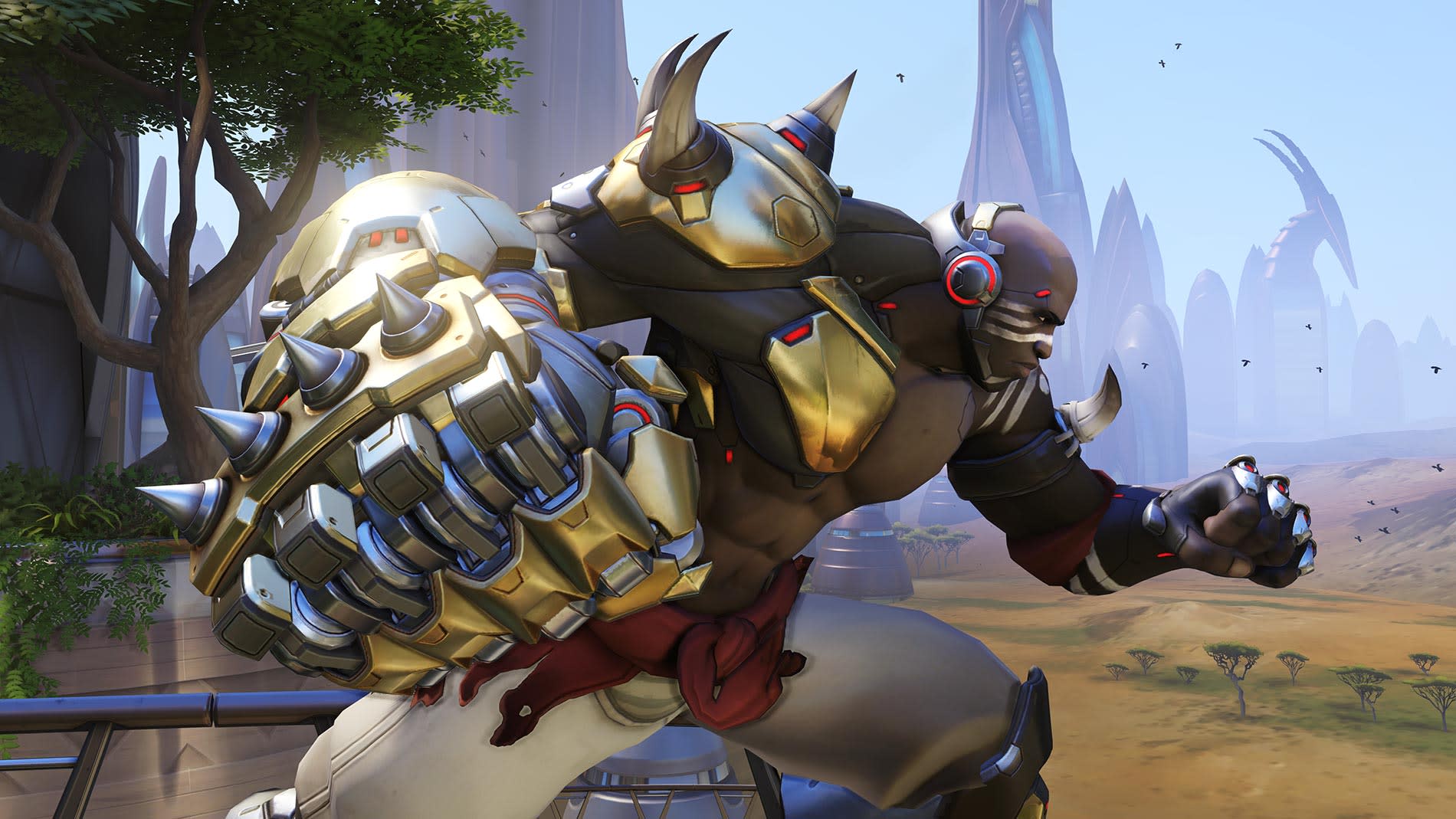 Doomfist is the most anticipated new character to hit Overwatch since the game landed one year ago, and players finally know when they can get their hands on him: July 27th. Doomfist is the fourth addition to the roster, but he's been in the game's lore from day one. His golden glove was featured in the first trailer for Overwatch, teasing an extremely powerful, punching villain -- and that's exactly what players will get later this month.

Doomfist has five main abilities, plus a temporary shield that generates when he does ability damage. He has a short-range hand cannon, an airborne uppercut move, a "Hulk smash!" kind of ability, a rocket punch that charges up and flings people into walls, and finally an ultimate move, where he jumps into the sky and comes crashing down, hurting any nearby enemies.

Join us for a behind-the-scenes look at Overwatch's newest hero!

In the game's story, he's a 45-year-old mercenary based in Nigeria, real name Akande Ogundimu. Akande is highly intelligent and charismatic, the heir to a successful prosthetic-technology company, and a martial arts master. He's also intent on engulfing the world in war.

With his cybernetic enhancements and a powerful gauntlet, Doomfist is a designed to be a damage-dealing offense character, rather than taking on a tank, support or defense role. The most recently added character, a tank hero named Orisa, hit the game in March and we took her for a spin live on Facebook. Before that, players got the hacker Sombra (offense) and the healing sniper Ana (support).

In this article: activision, ActivisionBlizzard, av, blizzard, design, doomfist, gaming, overwatch, personal computing, personalcomputing, PunchyMcPunchbags, zuul
All products recommended by Engadget are selected by our editorial team, independent of our parent company. Some of our stories include affiliate links. If you buy something through one of these links, we may earn an affiliate commission.