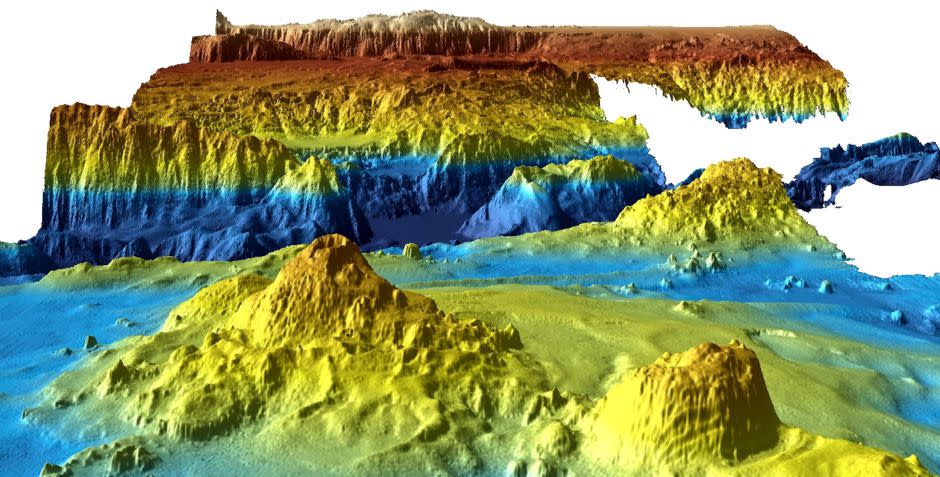 In 2014, Malaysia Airlines flight MH 370 disappeared from radar and a massive search for the missing aircraft ensued. For two years, scientists used sonar to map the seafloor where the plane was thought to have crashed, and then search for any remnants. Nothing was found and the search was officially called off this past January, but the data collected during the search has now been released.

Existing maps of the Indian Ocean floor didn't have enough detail to allow for safe navigation during the search, so researchers first mapped the floor with much more detail than before. The researchers collected 278,000 square kilometers of seafloor topography data within the search area and 710,000 square kilometers in total, which included data collected while ships traveled from Australia to the search region. The maps they generated have at least 15 times greater resolution than the ones that existed prior to the search and provide valuable data about the topography of the ocean floor. The images included detailed looks at structures like underwater landslides and volcanoes as well as areas of the seafloor, like the Broken Ridge, that were 40 million years old (follow the links to see videos).

The data from the mapping phase of the search effort are available now as well as an interactive story map. The data collected from the second phase, which actually searched for the wreckage after the maps were generated, produced detailed black and white images, one of which, showing a shipwreck, you can see below. Those data are still being processed but are expected to be released sometime next year. Anyone can download the topography data from Geoscience Australia and you can watch an explanatory video of the project below.

In this article: gadgetry, gadgets, gear, indianocean, MalaysiaAirlines, SeaFloor, services, sonar, TopographicMap, transportation, video
All products recommended by Engadget are selected by our editorial team, independent of our parent company. Some of our stories include affiliate links. If you buy something through one of these links, we may earn an affiliate commission.