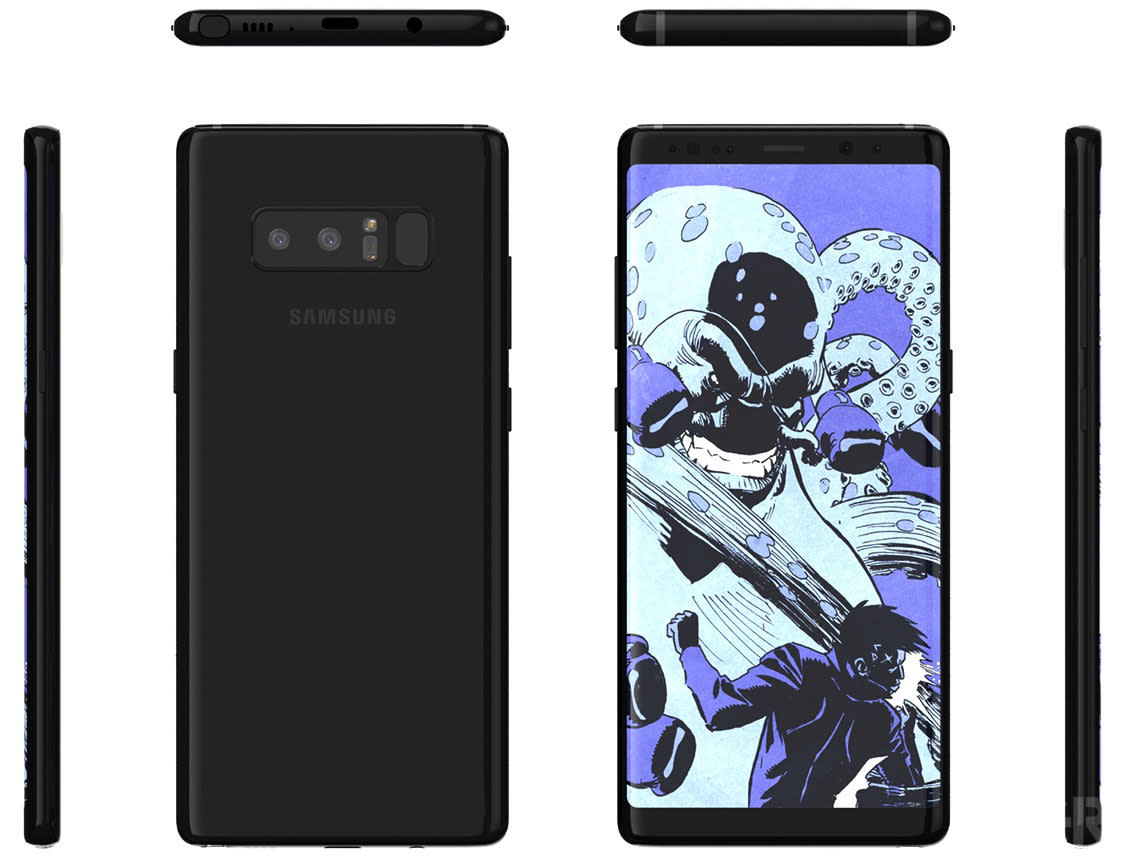 We're getting another look at the upcoming Galaxy Note 8 thanks to some mockup renders created by a case maker based on leaked details. BGR got ahold of them and said they're probably our best look at the new model yet.

From these images, we see that the phone has an Infinity Display with almost no bezel and a slew of sensors above, including a front-facing camera, iris scanner, LED and a light sensor. The design is a little boxier than the Galaxy S8. On the back, the Note 8 has its new dual-camera system, an LED flash/heart rate monitor and a fingerprint sensor, which while still being awkwardly close to the camera, appears to be separated from the other components by a lip.

These images add to what we already knew about the Note 8. It will come with 6GB of RAM, have a 6.3-inch Infinity Display and pack a 3,300 mAh battery. The Galaxy Note 8 is expected to launch in September and will be officially announced at Samsung's Unpacked event on August 23rd.

In this article: design, gadgetry, gadgets, galaxynote8, galaxys8, gear, mobile, samsung
All products recommended by Engadget are selected by our editorial team, independent of our parent company. Some of our stories include affiliate links. If you buy something through one of these links, we may earn an affiliate commission.