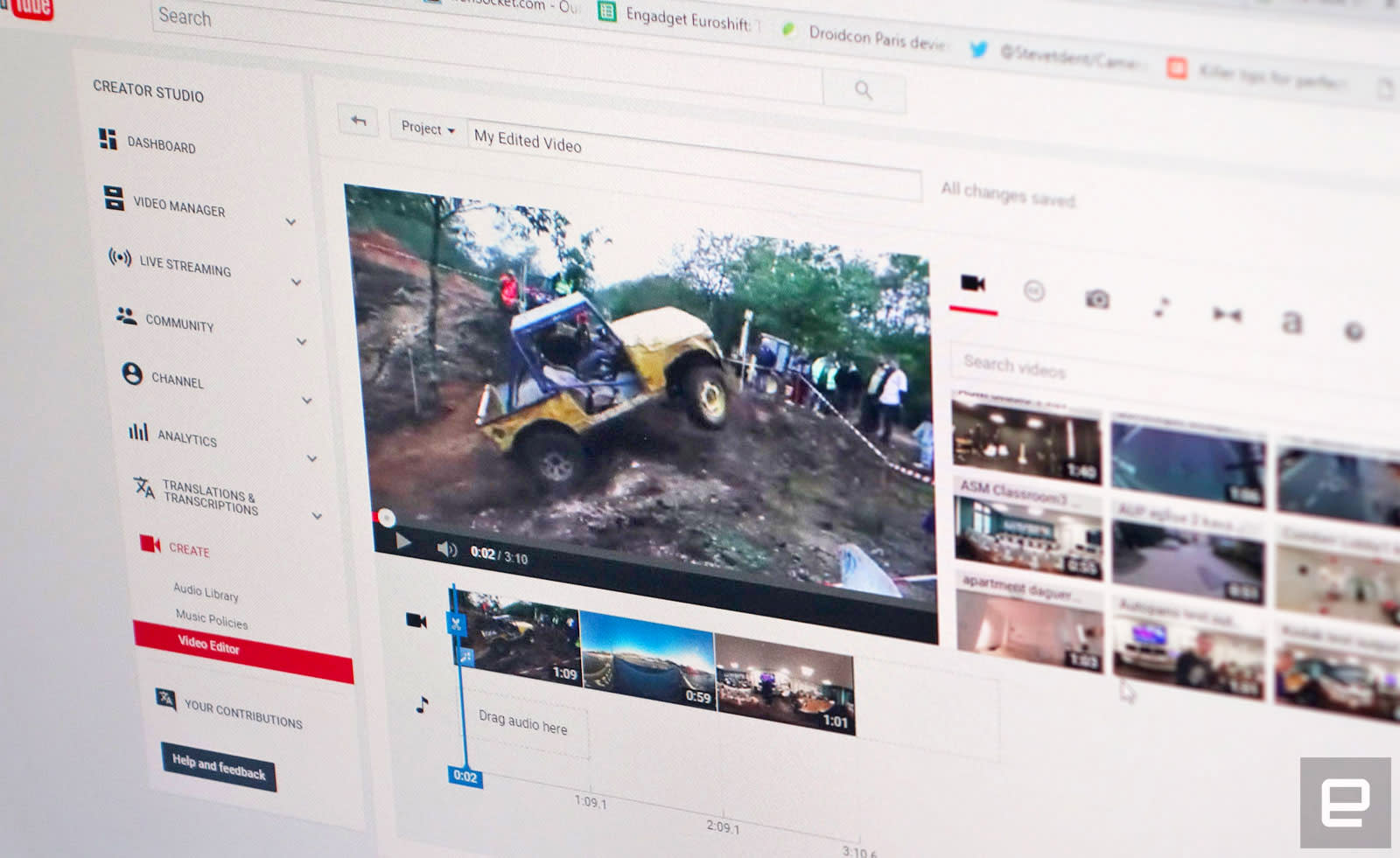 Unless you're a YouTube power user, you may not have known that the site had the Video Editor and Photo slideshow tools to create finished video projects. Now that you've learned that, I'm afraid to say that those tools are about to get the axe. If you're currently cutting a project, you have until September 20th to finish and publish it, Google notes on its YouTube support pages.

As for why the tools are going away, it's likely that not many folks were using it. Web video editing is hella slow compared to native applications, because you have to upload your video and download the final copy. That said, it was a good option for Chromebook users or folks with underpowered laptops or tablets.

However, Google points out that "there are many free and paid third-party editing tools available if you're looking for new editing software." In other words, the app was useful to as a way to get folks on board YouTube when it came along in 2010, but with more apps out there, it's no longer worth the resources.

If you're willing to pay and have a decent PC or Mac, other standalone apps include Adobe Premiere CC, Apple's Final Cut Pro X for Mac only and Avid's professionally-oriented Media Composer. Avid also has a free app called Media Composer First, Apple has iMovie for Mac and Clips for iOS, while Microsoft has Movie Maker for Windows. If you just want a web editor, there are options like Magisto and WeVideo that work on most browsers, including the Chrome browser on Chromebook.

Video Editor and Photo slideshow are heading to Google app heaven along with Spaces, Windows and Mac Chrome apps and Google Reader (RIP). However, at least Google is keeping its Enhancements app that can filter, blur and trim videos, to keep the social media crowd happy.

In this article: av, Cloud, Enhancement, Filters, google, VideoEditor, YouTube
All products recommended by Engadget are selected by our editorial team, independent of our parent company. Some of our stories include affiliate links. If you buy something through one of these links, we may earn an affiliate commission.