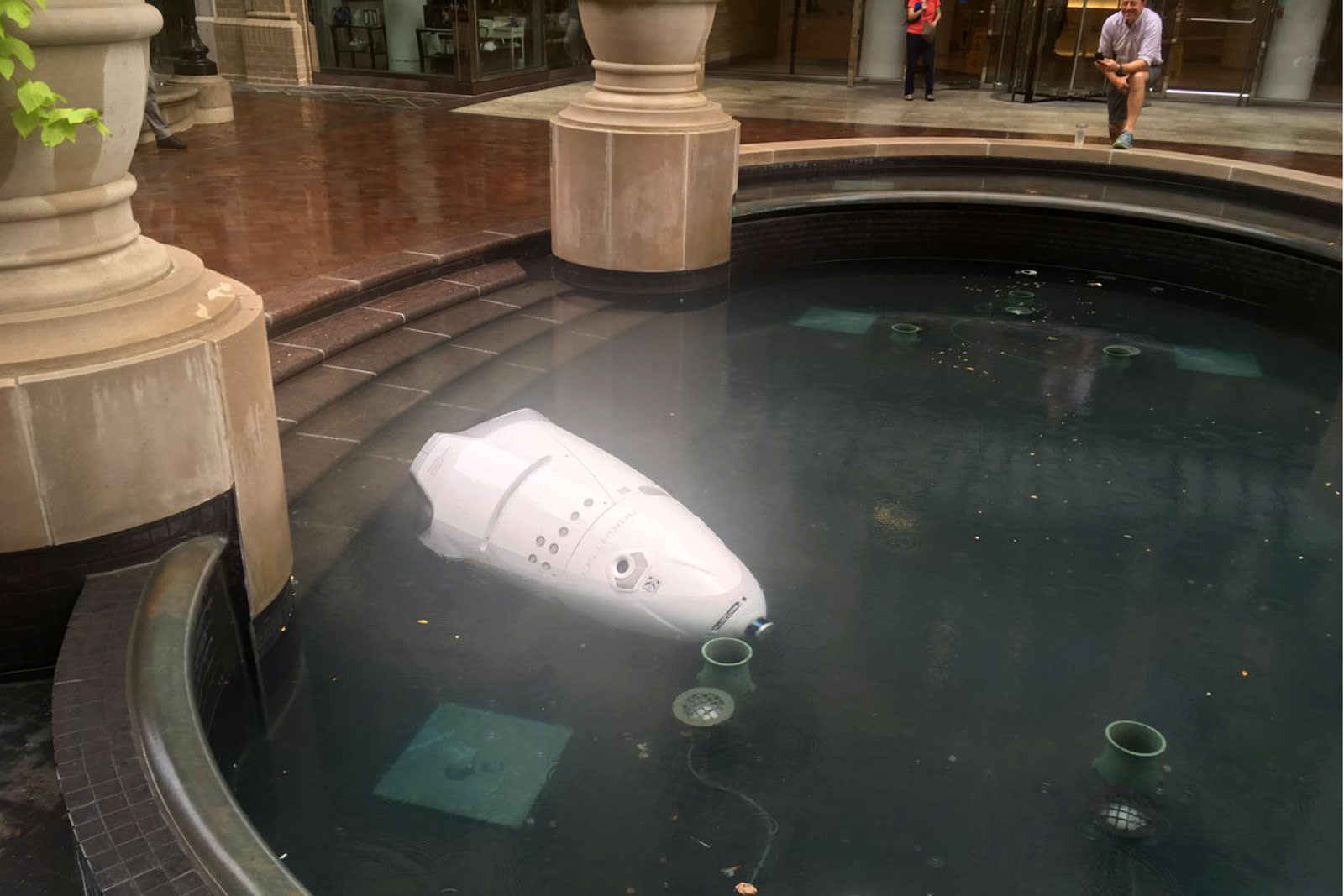 By now you've probably heard of that security robot that fell into a fountain in Washington, DC-- it's practically the stuff of legend as far as the internet is concerned. But what really happened on that tragic day? We're starting to get a clearer picture. Bisnow has learned that the robot, a Knightscope K5 nicknamed Steve, was neither the victim of a pushy human nor showing signs of trouble before it took its fateful plunge. It was supposed to follow a prescribed route that kept it out of harm's way, so the robot had to have made a decision to veer off the beaten path. Management and security staff had trained with the robot days before, too. But what was the cause?

That's still unknown, although it's safe to say Steve wasn't bemoaning the state of politics or suffering from existential dread. It's possible that a software glitch led to the deadly change in course, or that weather threw it off.

The dive isn't deterring anyone involved. The property is using a replacement robot at the moment, and Steve is expected to make a recovery once he gets repairs. He may have "died," but he's not gone forever. MRP Realty, which deployed Steve, clearly isn't deterred -- it wants to implement more of Knightscope's robots at other properties within 3 to 6 months. However, it's safe to say that both MRP and Knightscope will be combing over the data from this incident to reduce the chances of another tumble.