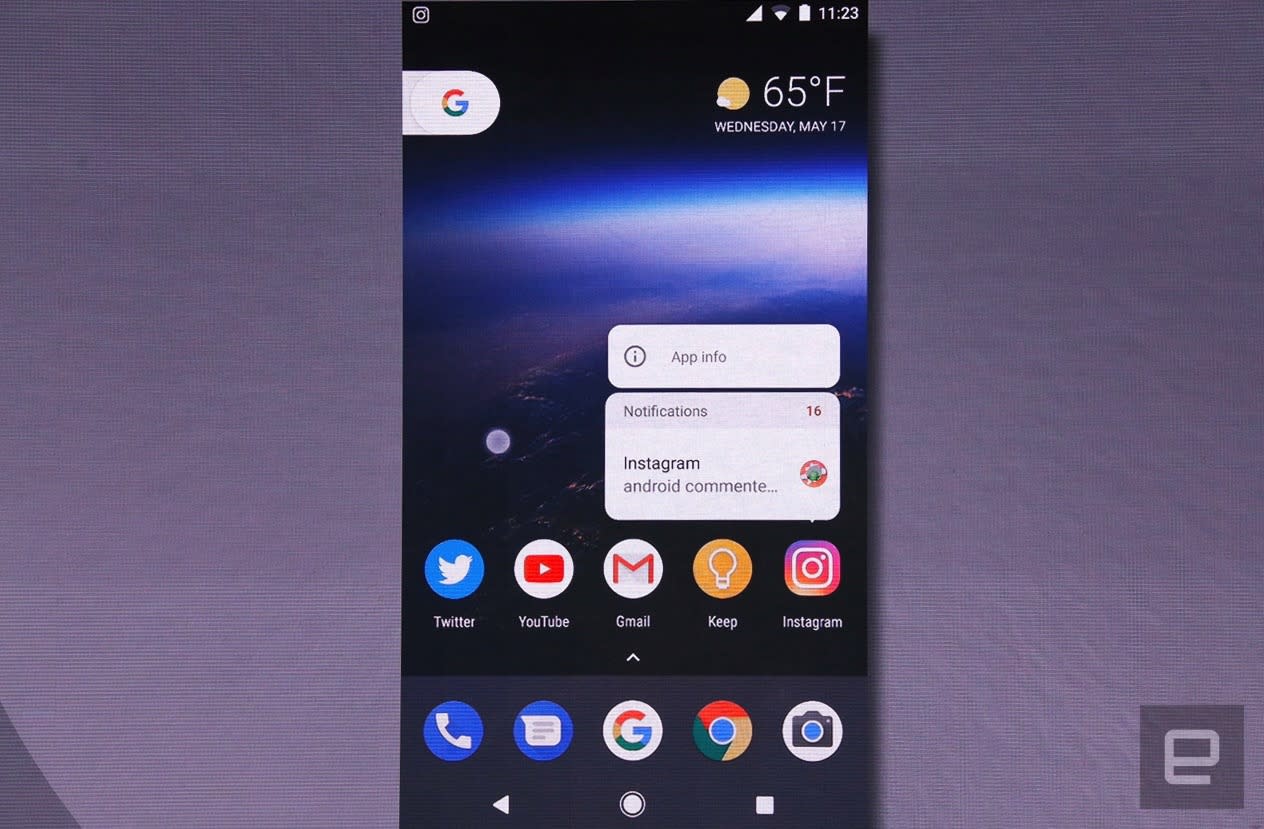 You won't have to wait too much longer to get your hands on Android O. Google has posted its fourth Developer Preview for the mobile operating system, and it's the last beta you'll see -- after this, the next stop is the finished version that will reach everyday users. This release candidate is really just a dry run for the official launch, with all the features and behavior intact.

To recap: Android O is mostly an under-the-hood update that improves loading times, battery life and other subtler aspects of smartphone use. There are a handful of conspicuous changes, though, such as notification dots on app icons (with pop-up notification windows), support for lightweight machine learning on-device and a picture-in-picture mode.

As with past previews, though, you will need to have the right device to give this a look. You'll need a Nexus 5X, Nexus 6P, Nexus Player or Pixel device to use the beta, and it's safe to assume that these will be among the first in line for the polished Android O release. While a handful of third-party Android phone makers are quick to offer upgrades, it's likely that you'll be waiting at least a few months before you see O reach third-party Android hardware in earnest.

In this article: android, androido, beta, gear, google, mobile, preview, smartphone
All products recommended by Engadget are selected by our editorial team, independent of our parent company. Some of our stories include affiliate links. If you buy something through one of these links, we may earn an affiliate commission.