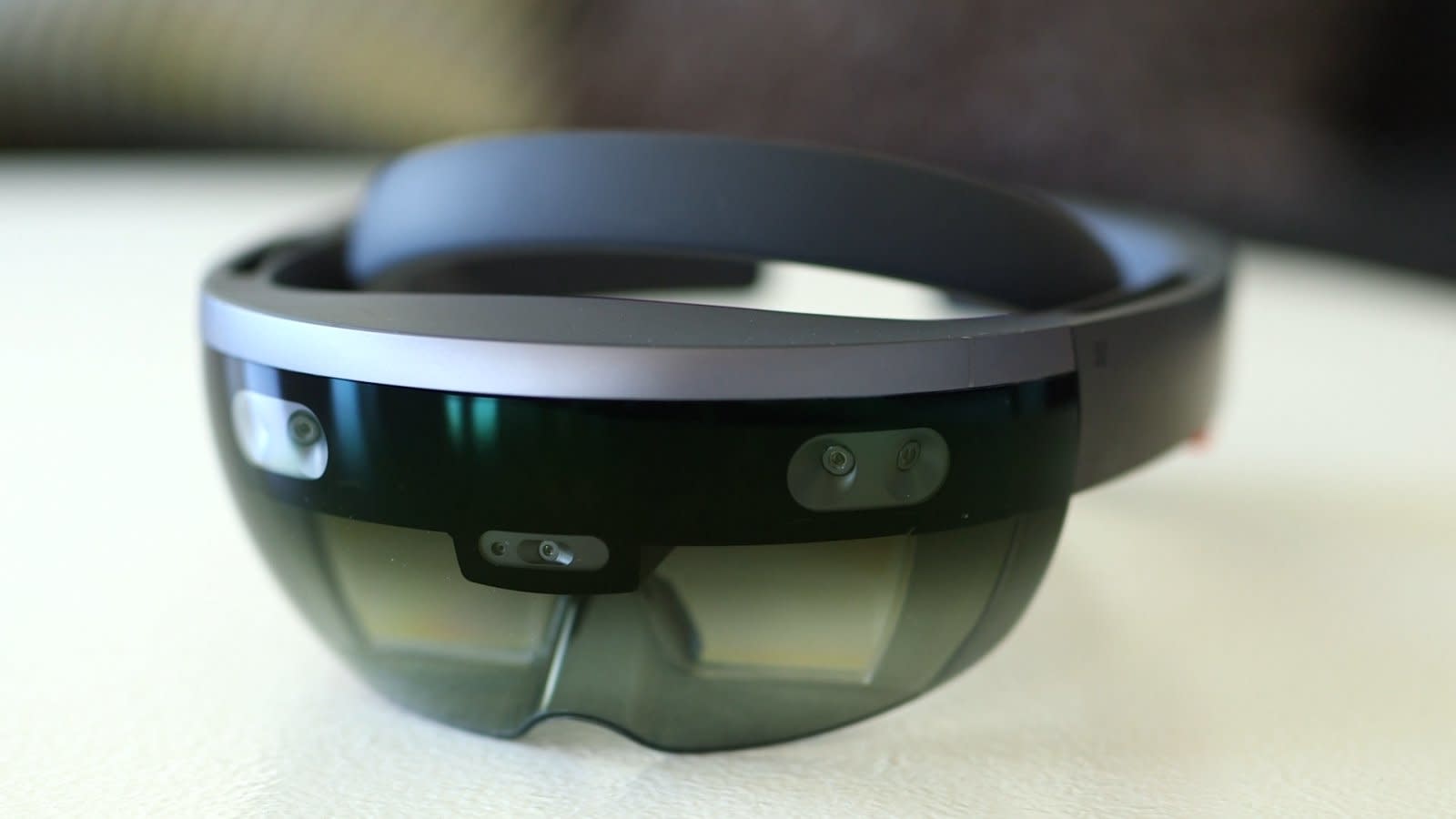 We're all excited about the gaming potential of HoloLens, but Microsoft is also fixated on enterprise AR, much like Google now is with Glass. During a talk at the CVPR (Computer Vision and Pattern Recognition) conference in Hawaii, Microsoft Research VP Harry Shum revealed that it will be boosted by an AI co-processor on its holographic processing unit (HPU). The aim is to give the headset object and voice recognition skills that work in real time without the need for a cloud connection.

Computer vision and voice recognition have gaming and entertainment potential, and Shum showed off the new chip with a hand tracking and segregation demo. However, it's arguably more useful for businesses. At Build 2017 in May, Microsoft CEO Satya Nadella demonstrated how Lowes can use HoloLens to help customers design a kitchen, for instance.

At the same event, Microsoft revealed the potential of HoloLens to help the blind "see" by recognizing objects and describing them. For instance, it can do facial recognition to identify friends and family, find a hotel or apartment room number, and even describe a scene, like a man walking a dog. Basic description chores are possible without the need for a data connection.

Microsoft is designing the AI chip's silicon in-house. It will run off the HoloLens battery, is fully programmable and supports a variety of types of deep learning. It's meant to be a fast, flexible AI solution that doesn't require an internet connection to do tasks like object and voice recognition. Microsoft isn't alone in building such a chip, as Apple and Google also have AI processors on the go. However, this appears to be the only one designed for a wearable AR device.

The AI co-processor seems to be a central part of its HoloLens strategy. "This is the kind of thinking you need if you're going to develop mixed reality devices that are themselves intelligent," Microsoft Research said in its blog. Microsoft famously skipped HoloLens 2, which was supposed to come out in 2017. Instead, it jumped straight to version 3, which is set to arrive in late 2018 or early 2019.

In this article: AI, coprocessor, gear, Hololens, Microsoft, wearables
All products recommended by Engadget are selected by our editorial team, independent of our parent company. Some of our stories include affiliate links. If you buy something through one of these links, we may earn an affiliate commission.