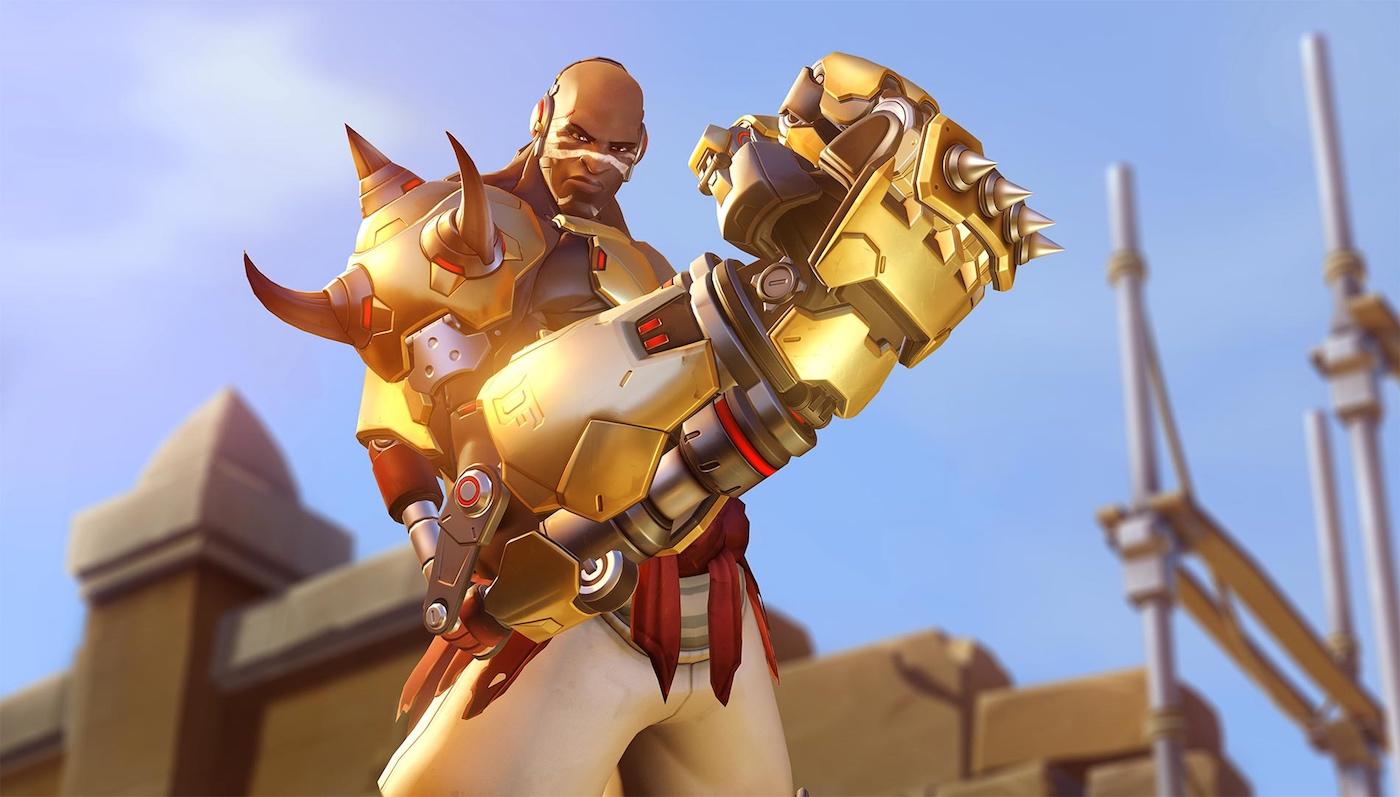 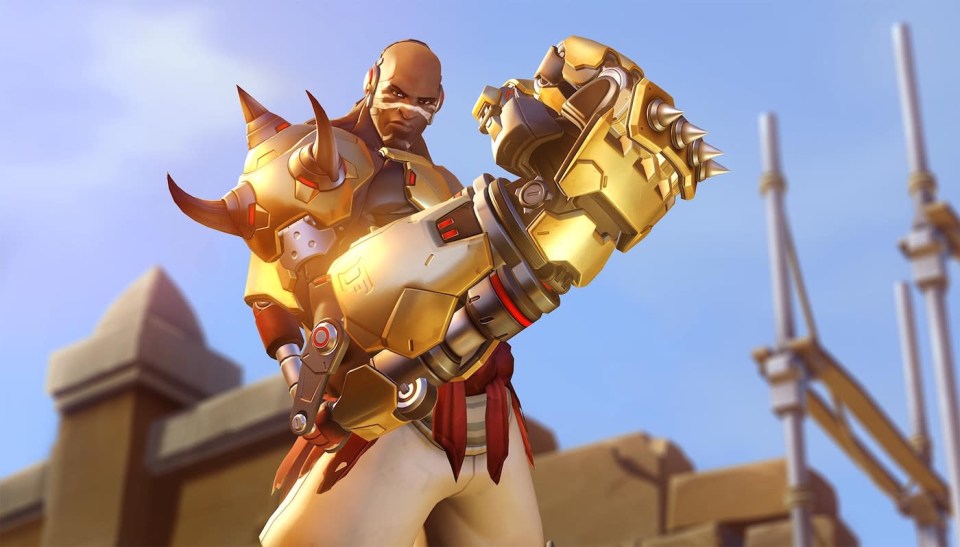 Doomfist is here. Overwatch's 25th character went live across PC and consoles today, finally making the game's most famed, punch-drunk villain playable for everyone. Doomfist is a damage-dealing offense character with a transhumanist twist: He has a cybernetic arm that deals incredible punching power, plus a small hand cannon that fires in bursts of four, no manual reload required.

Fans have been waiting for Doomfist to hit Overwatch since the game's announcement video, which teased him as the most war-hungry menace the world had ever seen. Now that he's out in the wild, we (finally) went hands-on with Doomfist on Facebook Live. Here are our initial thoughts:

First, "Doomfist" is a fantastic name.

Second, he's a truly fun offense character. With his massive, shiny arm, Doomfist may look like a tank, but he's actually designed to swoop in and assassinate enemies with powerful bursts of damage. The existing lineup of offense characters in Overwatch are gun- and sword-based, making Doomfist immediately unique. He has a projectile weapon in the hand cannon, but that's far from his main ability -- Doomfist is, unsurprisingly, all about punching.

And, boy, does it feel good to punch things as Doomfist. One of his abilities, Rocket Punch, is particularly satisfying to land. It essentially allows Doomfist to fly toward enemies and smack them backward, dealing extra damage if they crash into a wall. It's a charged ability, meaning the longer you hold down the appropriate button, the more damage it'll do -- however, after a few seconds at full power, the move is automatically triggered, sending Doomfist soaring in whichever direction he's facing.

Rocket Punch allows Doomfist to take enemies by surprise and pick off anyone who splits off from the team. But, since it has such a long attack runway, lining up the shot is a tricky prediction game that leaves Doomfist vulnerable for seconds at a time. Long enough to get sniped by Widowmaker, at least. Of course, that's exactly what makes the move so satisfying when it actually connects. Rocket Punch is powerful, but it takes skill to truly work.

His other abilities work well on their own or as a follow-up to Rocket Punch: Seismic Slam makes him leap forward (again, he's all about diving onto that back line) and pop nearby enemies toward him. It's a good idea to follow that with a Rising Uppercut, which throws Doomfist and his target high into the sky. Add in some shots from the hand cannon and that's a lethal combo for nearly every character.

Doomfist's ultimate ability, Meteor Strike, is a natural evolution of his collected abilities: He disappears into the sky and players control his landing point, ideally positioning it in the center of the enemy team. When Doomfist lands, he deals a ton of damage to anyone in his circle. And, yes, it feels awesome.

Overall, Doomfist is a welcome addition to the Overwatch roster. He adds a melee option to the offense lineup and his leaping moves ensure Winston won't get too lonely as he dives healers and damage dealers. At 25 characters, Overwatch is looking good.

In this article: ActivisionBlizzard, av, blizzard, design, doomfist, facebooklive, gaming, hands-on, overwatch, personal computing, personalcomputing
All products recommended by Engadget are selected by our editorial team, independent of our parent company. Some of our stories include affiliate links. If you buy something through one of these links, we may earn an affiliate commission.