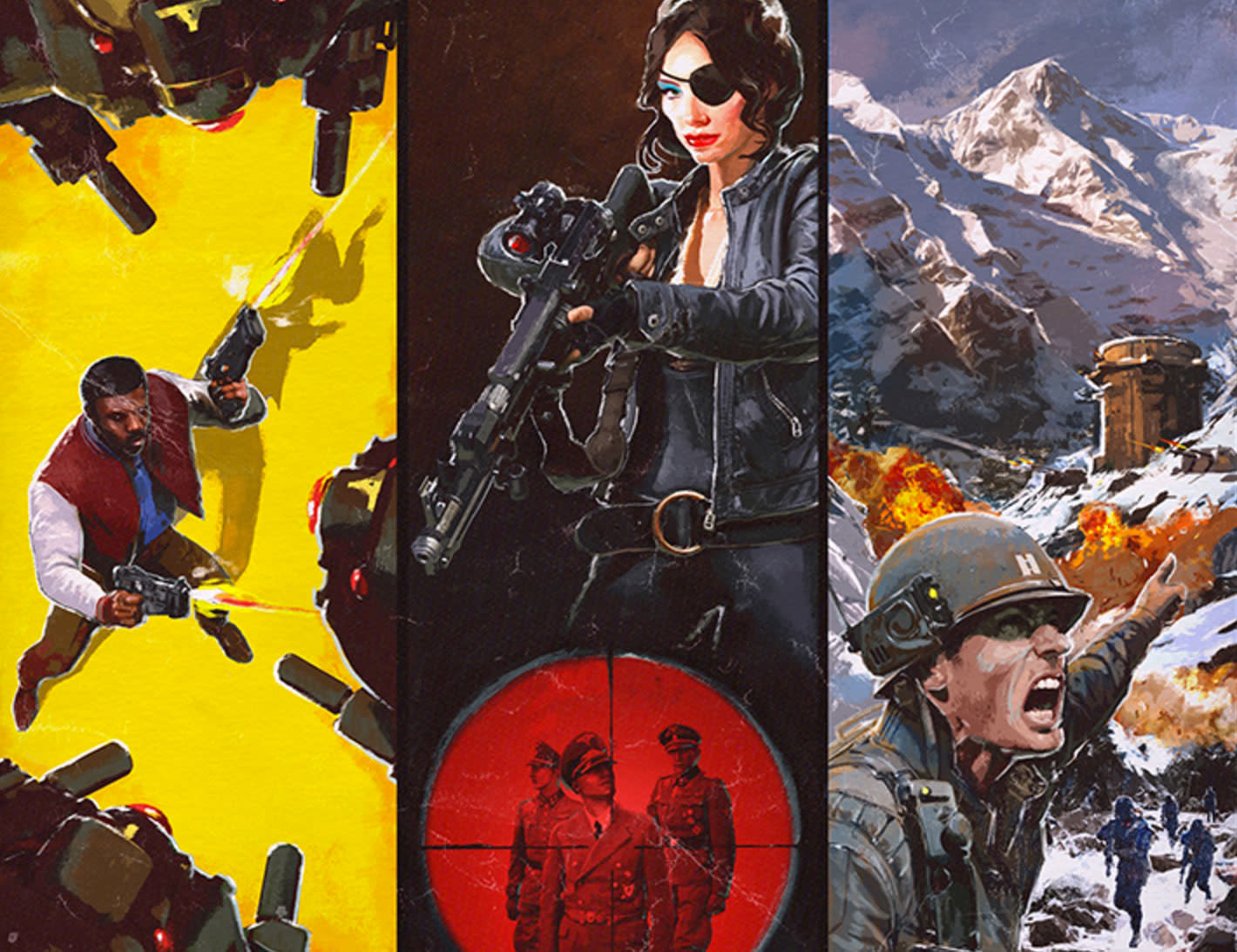 You'll be playing as more than just the broken-schmeckled B.J. Blazkowicz in Wolfenstein II: The New Colossus. That's because the game's three expansions will feature a different protagonist fighting for America by punching and murdering the Nazis standing in their way.

"The Adventures of Gunslinger Joe" centers on Joseph Stallion (yup, really) a former quarterback who will "smash through Nazi hordes from the ruins of Chicago to the vastness of space!" according to publisher Bethesda.

Then there's "The Diaries of Agent Silver Death." This one has you playing as Jessica Valiant, a one-time OSS agent and assassin trying to figure out what the National Socialist party is up to in California. It sounds like this could be more of a stealth-focused expansion.

"The Amazing Deeds of Captain Wilkins" takes players to Alaska and will task them to destroy the Nazi operation in former vice-presidential candidate Sarah Palin's back yard.

Here's where things get tricky: If you don't want to plop down money in advance for these expansions, getting a feel for the characters is going to be tough. There will be a free mission, "Episode Zero," that introduces the trio, but it's locked behind pre-orders or season pass purchases.

The season pass is $25, while a pre-order will cost nothing if you grab it through Amazon, or $5 from other stores. But you still have to blindly commit money in advance. What I've played of the game left me incredibly impressed, but it's really unfortunate that getting a preview for the expansions is tied to a financial commitment. That's especially so when the public hasn't gotten a chance to play anything yet. Unfortunately, this has become all too common.

Wolfenstein II: The New Colossus will be released on PC, PlayStation 4 and Xbox One (with a 4K patch on Xbox One X) this October 27th.

In this article: business, dlc, expansion, gaming, machinegames, nazis, pc, pcgaming, playstation, playstation4, ps4, seasonpass, steam, thenewcolossus, windows, wolfenstein, wolfenstein2, wolfensteiniithenewcolossus, xbox, xboxone, xboxonex
All products recommended by Engadget are selected by our editorial team, independent of our parent company. Some of our stories include affiliate links. If you buy something through one of these links, we may earn an affiliate commission.