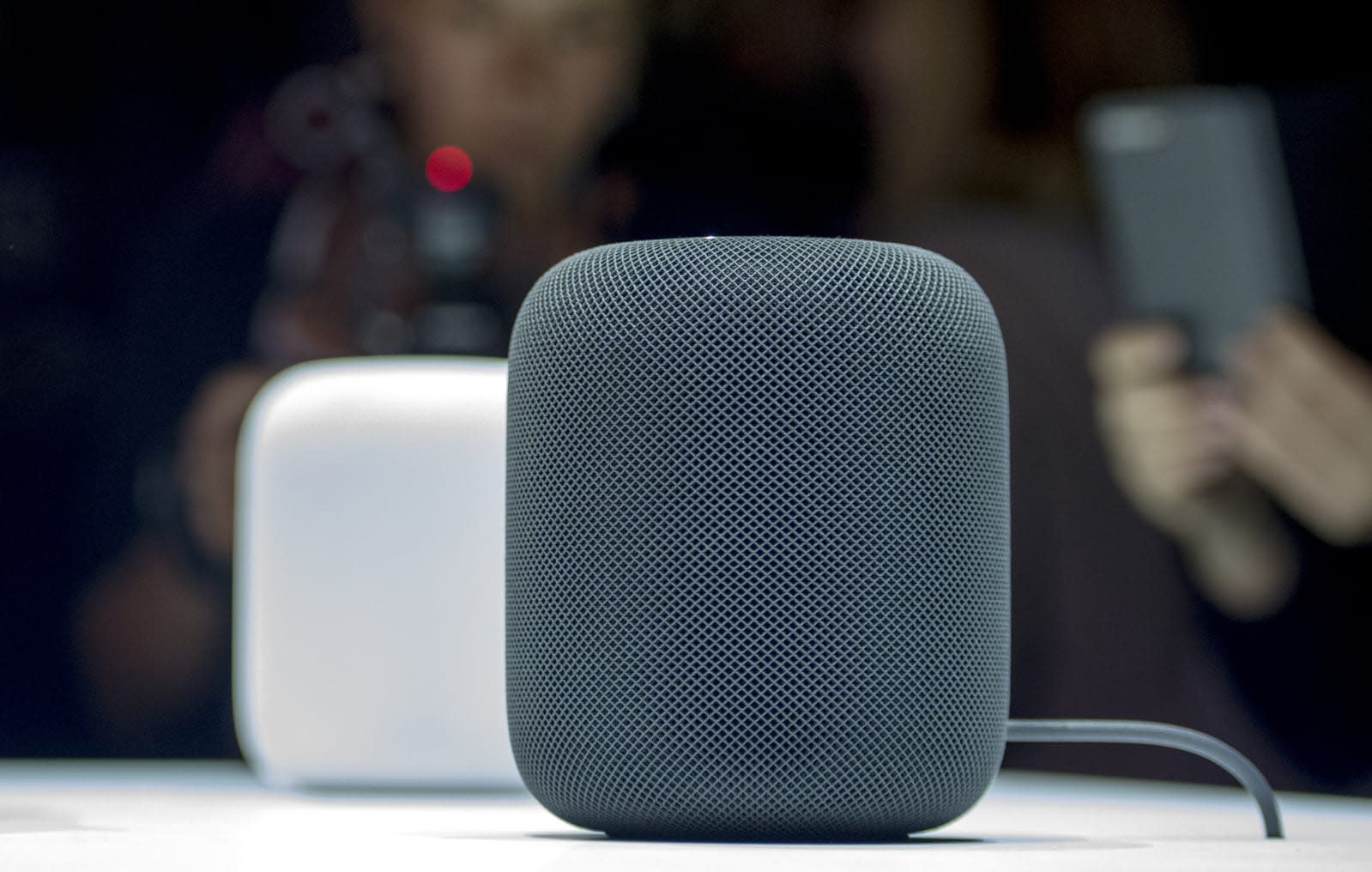 Apple unveiled its Siri-powered HomePod speaker hub at WWDC back in June, and despite a hefty $350 pricetag and the inevitable comparisons to Alexa devices, it actually sounds pretty good. In the lead up to its release this December, Apple pushed out the hub's firmware, revealing that it runs on iOS -- basically like a screenless iPhone or iPad. But in its current incarnation, the HomePod won't support third-party apps and programs, according to developer Steve Troughton-Smith's analysis.

Just to cut off speculation: there doesn't seem to be any kind of provision in the HomePod OS shell for installing apps or extensions. Zip

Obviously, that's not to say the device never will. Since it runs on a full iOS stack through a shell app called "Soundboard," they could always patch in the ability for third parties to load up their software later. If things don't change before launch, it's an odd move to make, especially given how late the HomePod is to the voice-controlled assistant game. Both Google's Home and Amazon's Alexa-powered devices allow and encourage companies to make apps that enable custom interactions (Alexa has 15,000 of these "skills" and counting). It would also be a huge surprise if the HomePod didn't integrate at launch with the IoT HomeKit system Apple keeps trying to make happen.

Otherwise, the firmware reveals a few things about the HomePod's interactions. In keeping with Apple tradition, the device will support accessibility features including VoiceOver. Troughton-Smith believes the top touch surface is an LED matrix that could display shapes and symbols, not just big LED lights. Onboard controls are limited to activating Siri, adjusting volume and alarms on the HomePod -- the bulk of which we discovered during our hands-on back in June.

We've reached out to Apple for comment and will report if we hear back.

In this article: apple, gadgetry, gadgets, gear, homepod, PersonalAssistant
All products recommended by Engadget are selected by our editorial team, independent of our parent company. Some of our stories include affiliate links. If you buy something through one of these links, we may earn an affiliate commission.