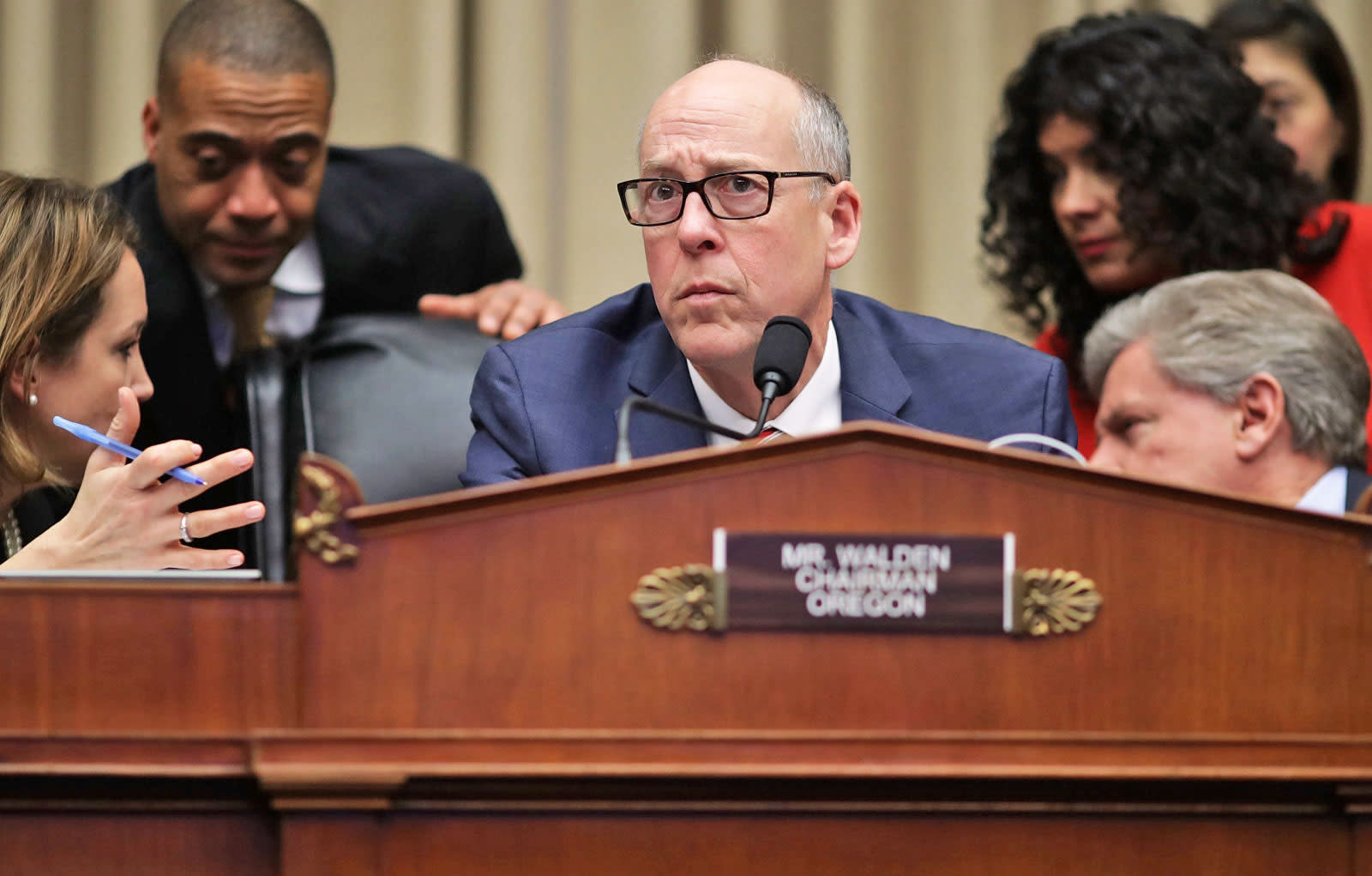 Last week, the House Energy and Commerce Committee invited CEOs from Facebook, Alphabet, Amazon, Netflix, Comcast, Verizon, AT&T and Charter Communications to testify at an upcoming hearing about net neutrality and potential legislation regarding it. When the invitations were announced, committee chairman Greg Walden said, "With almost everyone in agreement about fundamental principles to prevent anti-competitive behavior such as throttling and blocking, I think we are closer than ever to achieving a lasting resolution. The time has come to get everyone to the table and get this figured out."

But as Recode reports, none of those companies have agreed to show up at the hearing. The committee initially placed a July 31st deadline on the companies' attendance decisions, but has decided to extend that indefinitely in hopes of getting the CEOs to agree to appear. "The committee has been engaging in productive conversations with all parties and will extend the deadline for response in order to allow for those discussions to continue," a spokesperson told Recode.

This spotlight on tech CEOs is making some of them look like they're all talk and no action. Many of their companies participated in the Day of Action earlier this month and in a statement Verizon released that day it said, "We respectfully suggest that real action will involve people coming together to urge Congress to pass net neutrality legislation once and for all." But none of them seem to want to get their hands dirty in the fight for or against net neutrality regulations when it comes to testifying before Congress.

Communications and Technology Subcommittee Chairman Marsha Blackburn told Recode, "I think it would be appropriate, I think it is expected, for the tech companies to choose to show up — to have the discussion — and I don't think it's a discussion they want to be absent from."

The CEOs could be concerned about having a net neutrality conversation with Congress or they could be worried about what other questions might come up. But regardless of what's causing their hesitation, the hearing is scheduled for September 7th. If they want their opinions on the table, they might want to choose to attend, because decisions could be made without them. "We're very likely to see something with net neutrality take place this Congress," Blackburn told Recode. "Congress needs to act, so therefore we're going to do something about it."

In this article: alphabet, amazon, att, CharterCommunications, Comcast, congress, facebook, gear, google, internet, netflix, NetNeutrality, politics, verizon
All products recommended by Engadget are selected by our editorial team, independent of our parent company. Some of our stories include affiliate links. If you buy something through one of these links, we may earn an affiliate commission.