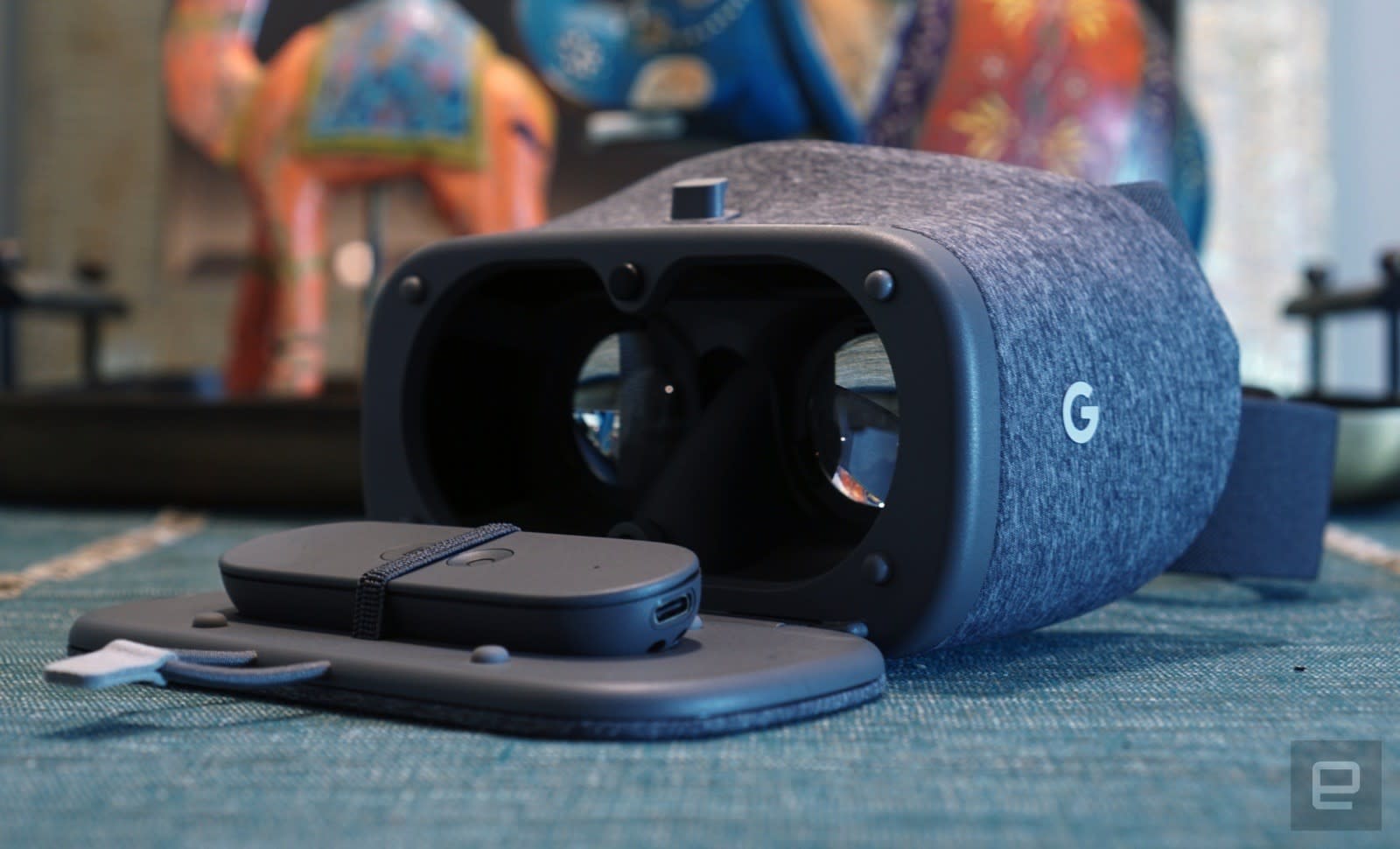 With thousands of apps and Oculus behind it, Samsung's Gear VR is already a great virtual reality headset for Galaxy S8 and S8+ owners, and comes with a new controller to boot. It's always good to have more choice, though, and users of Samsung's flagship smartphones can now use Google's Daydream View, too. On a Google+ post, the search giant confirmed that "the Daydream-ready update is rolling out now to Samsung Galaxy S8 and S8+" smartphones.

While lagging behind Samsung in terms of games and apps, the Daydream View made a strong debut thanks in large part to its comfortable cloth construction. It also comes with a small motion controller, and when it was unveiled, the Gear VR didn't have one -- you had to buy a separate gamepad or make do with with a touchpad on the side of the headset. Shortly after the Daydream VR launch, Samsung unveiled a new Gear VR and controller for the Galaxy S8, S7 and S6 smartphones.

The Galaxy S8 or S8+ confer the same benefits to the Daydream VR headset as to the Gear VR. Both phones have arguably the best AMOLED screens on the market with nearly the highest resolutions (2,960 x 1,440) for crisp viewing, fast processors to crunch games and plenty of RAM. They also feature expandable microSD storage up to 256GB -- indispensable for VR video files, which are often enormous.

If you're looking at the Daydream VR, it's currently on sale for a limited time in the US at $60 instead of $80. The Daydream VR app is now available on Google Play and should work on your Galaxy S8 or S8+ with no OTA update necessary, users are reporting. If you're having trouble, some Reddit users say that you may need to clear Google VR Services data on your device, then re-open the Daydream app.

In this article: Daydream, GalaxyS8, GalaxyS8Plus, gear, google, headset, mobile, samsung, VirtualReality, VR, wearables
All products recommended by Engadget are selected by our editorial team, independent of our parent company. Some of our stories include affiliate links. If you buy something through one of these links, we may earn an affiliate commission.