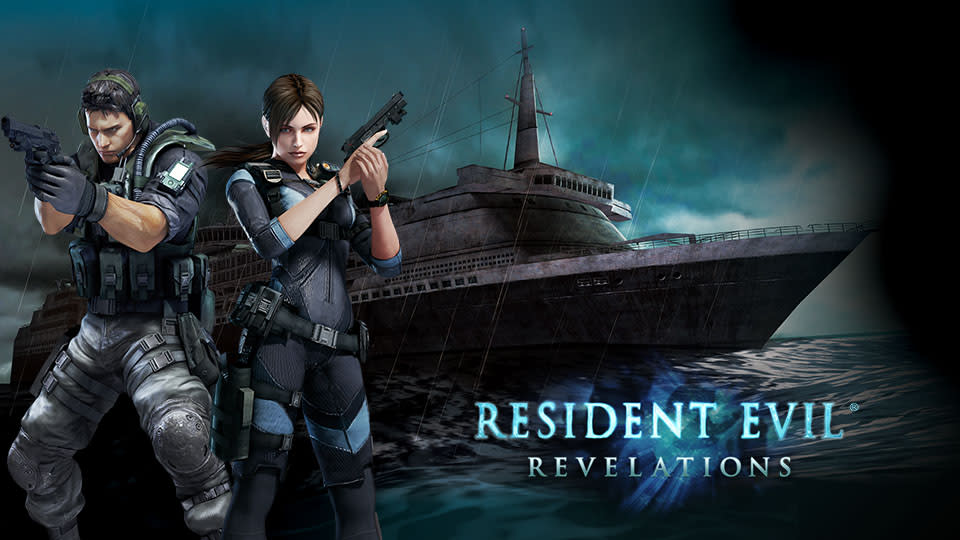 Before Resident Evil 7 came along and blew everyone's expectations of what a survival horror game could be out of the water, the franchise was in a bad spot for awhile. The Revelations sub-series was a more back-to-basics approach to RE, existing alongside the increasingly awful numbered sequels leading up to this year's first-person adventure. Well, if you missed Revelations on the PlayStation 3 and Xbox 360 and are looking for something scary for your Switch, later this fall you'll be all set.

Resident Evil Revelations Collection will set you back $39.99 for one cartridge and one download code (for the first and second game, respectively). The double pack will contain all previously released add-ons. Or, if you only liked one game or the other, each will be a $19.99 download.

The pair of remastered games will also appear on PlayStation 4 and Xbox One. The first game arrives August 29th, and PS4 fans will get an animated theme for their system should they digitally pre-order. The two-pack will be released for Switch sometime this autumn. Y'know, the perfect time of year to fight off zombified crabs and corals.

It's easy to be cynical and say that, yeah, these are just ports, but there are a lot of Switch owners who didn't have last-gen consoles, so the third-party library from that round of hardware is going to feel pretty new for a lot of people. Meanwhile, Bayonetta 2 with an actual playable frame-rate is nowhere to be found.

In this article: av, capcom, gaming, nintendo, nintendoswitch, playstation4, ps4, remaster, residentevil, residentevilrevelations, switch, xbox, xboxone
All products recommended by Engadget are selected by our editorial team, independent of our parent company. Some of our stories include affiliate links. If you buy something through one of these links, we may earn an affiliate commission.