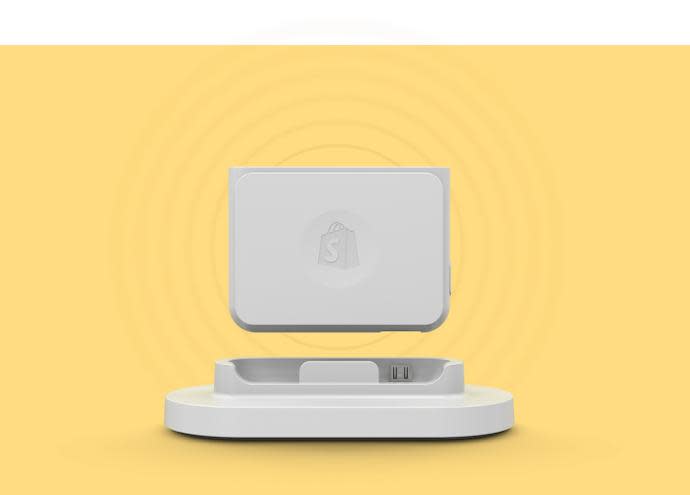 Shopify just released its new card reader that makes it easy for merchants to complete credit or debit card-based sales on the go. The reader accepts chip dips or swipes and works with Visa, Mastercard, American Express and Discover. It connects wirelessly to Android and Apple phones via Bluetooth and at full charge can carry out 400 chip dips and 700 swipe transactions.

Shopify's reader is an alternative to the popular version sold by Square, which just introduced a prepaid debit card that lets users tap into their Square Cash while shopping at brick-and-mortar stores. PayPal and Intuit also have mobile card readers, while Amazon's short-lived version is no more. Shopify unveiled its new reader in April and began taking select pre-orders last month. Today, the reader is available to all Shopify merchants.

To use Shopify's card reader, you'll have to have nothing older than an iPhone 5 or iPad Gen 3 running iOS 9 or higher or an Android device running version 4.4 at minimum. It's only available in the US and is being offered to new Shopify point-of-sale merchants for free. Everyone else can snag one for $29.

In this article: amazon, AmericanExpress, android, apple, business, CardReader, discover, gadgetry, gadgets, gear, google, Intuit, iphone, mastercard, services, Shopify, square, video, visa
All products recommended by Engadget are selected by our editorial team, independent of our parent company. Some of our stories include affiliate links. If you buy something through one of these links, we may earn an affiliate commission.