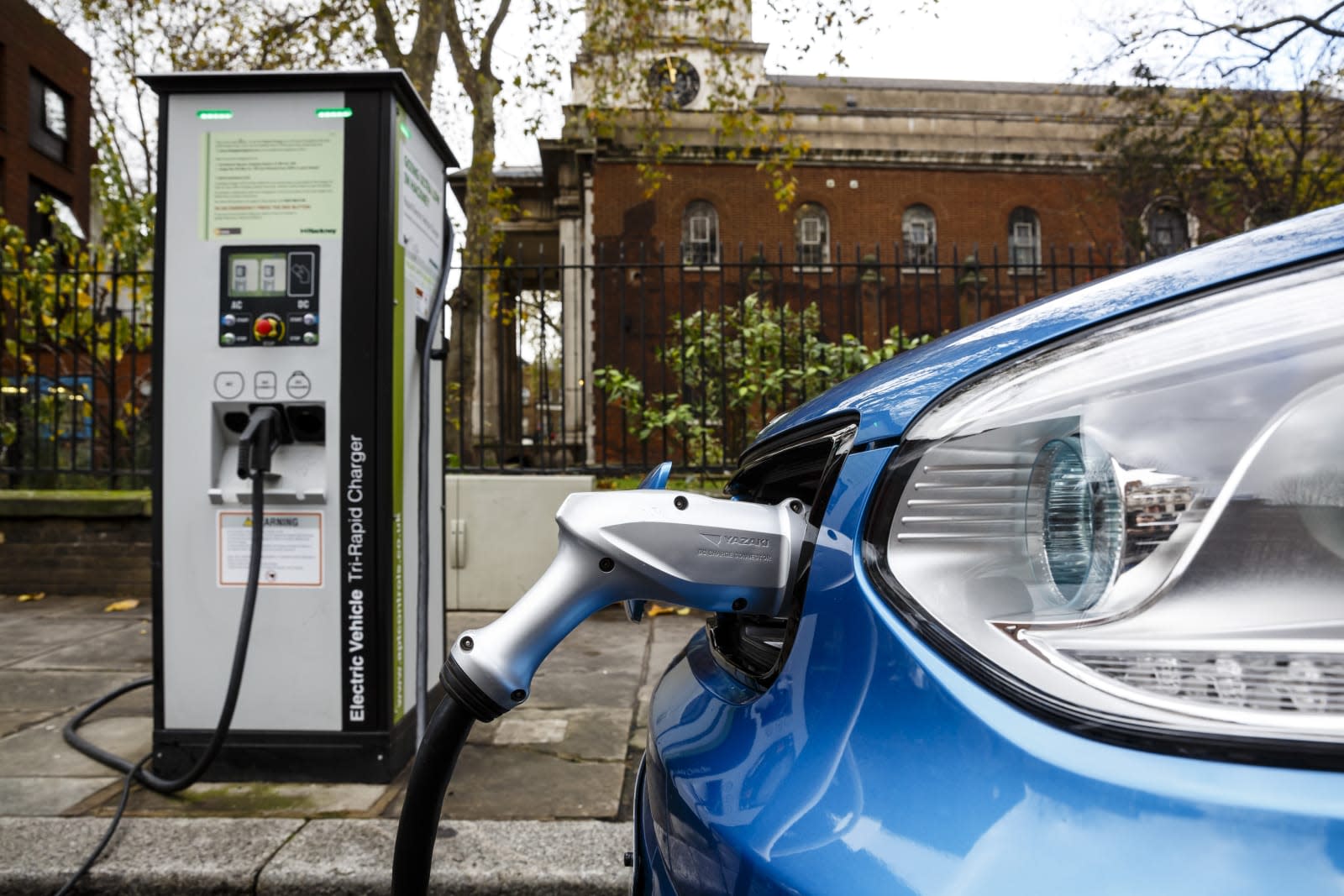 London is already one of the best places to drive an electric car in the UK, with an abundance of chargers in car parks, hotels and side streets. London mayor Sadiq Khan wants more, however, to shift people away from gas-guzzlers and realise his dream of a zero-emission transport system by 2050. Today, Transport for London, London Councils and the Greater London Authority have announced £4.48 million in funding for new, street-side EV chargers. Twenty-five boroughs will receive roughly £300,000 each to install 1,500 charging points in residential areas.

Teams from each district will now try to figure out where the chargers should be located. The funding, which forms part of the "Go Ultra Low City Scheme," is primarily concerned with accessibility and uptake, however boroughs will also be encouraged to try new, innovative charging solutions. These include the converted lamp post chargers that have been trialled in Barnes, Hounslow, Twickenham, Kensington and Westminster. They're supposed to be cheaper and quicker to install than traditional charging points — and blend into London's architecture — but are typically slower than purpose-built fast-chargers developed by Tesla and others.

The 25 boroughs are: Barnet, Bexley, Brent, Camden, Croydon, Ealing, Greenwich, Hackney, Hammersmith and Fulham, Havering, Hounslow, Islington, Kensington and Chelsea, Lambeth, Lewisham, Merton, Newham, Redbridge, Richmond, Southwark, Tower Hamlets, Waltham Forest, Wandsworth and Westminster. Khan promised the chargers will make "a real difference" when Londoners consider their next car purchase. The UK government already has plans to ban sales of fossil fuel-powered vehicles by 2040. Additional chargers should ease that transition in the coming decades and instil confidence that such a switchover is feasible.

"We need to be more ambitious in tackling emissions at all levels of Government," Khan said. "That's why I'm calling on Ministers not only to introduce a fully-funded diesel scrappage fund to get polluting vehicles off our streets immediately, but they must also step up their investment in charging infrastructure to ensure every Londoner can look at moving to electric vehicles over the coming years."

In this article: electriccar, ElectricCharger, ElectricCharging, ElectricVehicle, ev, EvCharger, gear, transportation
All products recommended by Engadget are selected by our editorial team, independent of our parent company. Some of our stories include affiliate links. If you buy something through one of these links, we may earn an affiliate commission.