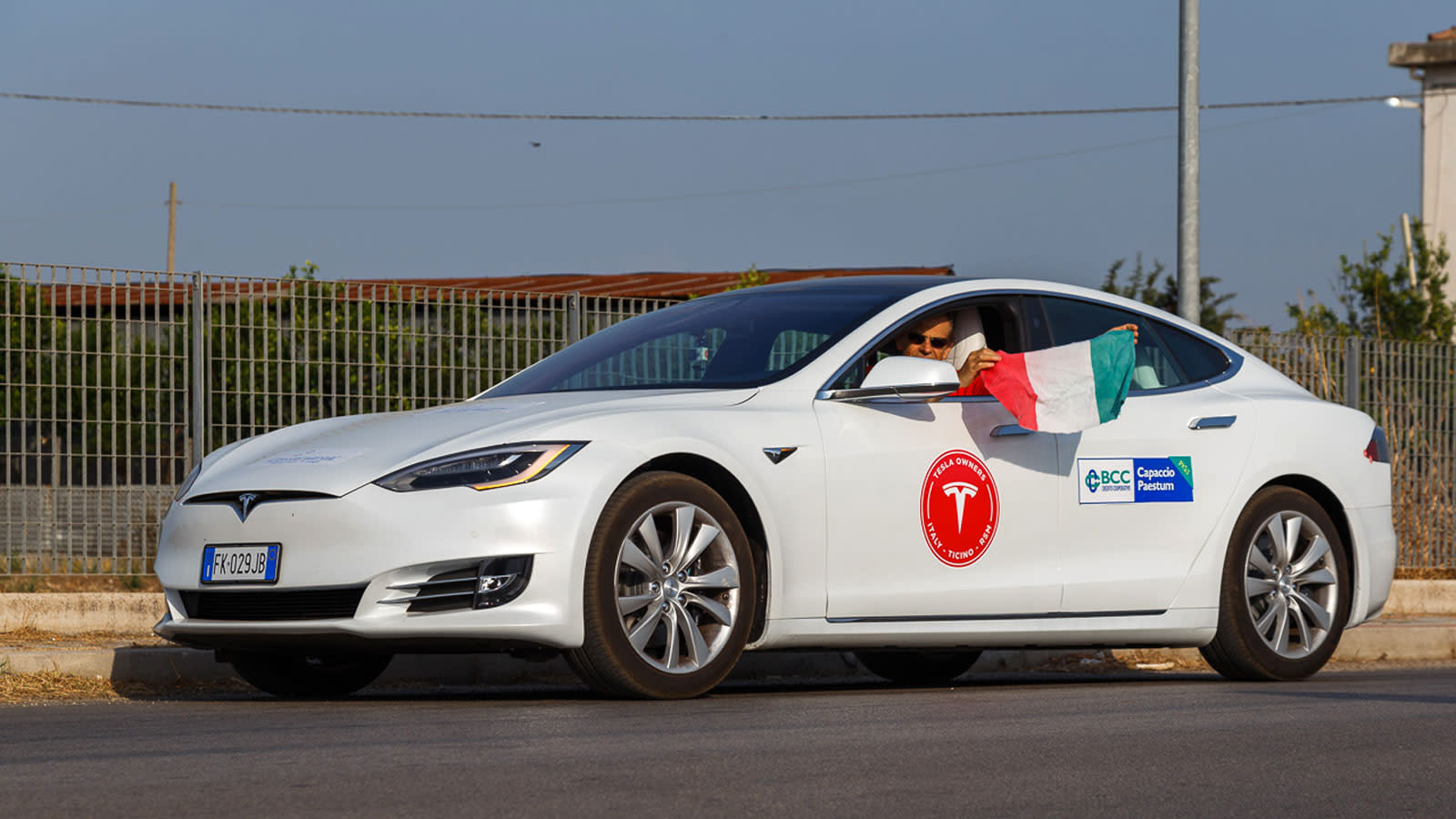 There's been a relentless quest to set electric car driving records in 2017, and a team of Italians just managed to smash a couple of those records in style. Tesla Owners Club Italia drove their Model S P100D 1,078km (669.8 miles) on one charge, setting a new long-distance record (the previous was 'just' 901.2km) and becoming the first to drive a production EV more than 1,000km before plugging in. They did have to make some major sacrifices to hit their target, but it's still a symbolic victory.

Like many past record-holders, the Italian team had to hypermile (that is, optimize their driving behavior) to keep the P100D going for as long as possible. They drove around Salerno at a pokey 40km/h (24.9MPH) with low rolling resistance tires, the air conditioning turned off and an emphasis on smooth driving techniques (such as the use of Autopilot) that made the most of the battery. All told, the feat took 29 hours -- you wouldn't want to try this if you were in a hurry to get anywhere.

You likely won't see EVs achieving this kind of mileage in everyday driving any time soon. Tesla officially rates the P100D's range at less than half this figure for a good reason, since the realities of the road are going to shrink the usable distance. However, the fact that it's achievable at all is important. It suggests that truly long-range EVs aren't that far away.

In this article: electriccar, electricvehicle, ev, gear, hypermiling, italy, models, modelsp100d, record, tesla, transportation, WorldRecord
All products recommended by Engadget are selected by our editorial team, independent of our parent company. Some of our stories include affiliate links. If you buy something through one of these links, we may earn an affiliate commission.